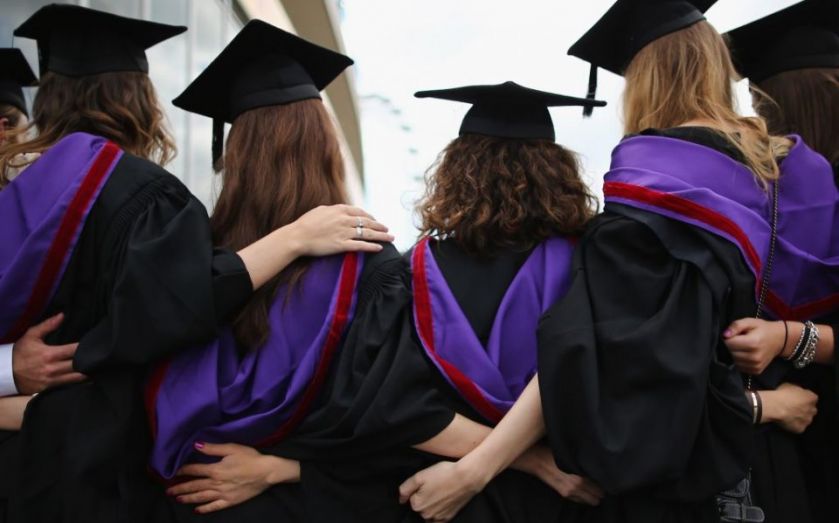 In an age of big challenges, the general election campaign seems to be throwing up a host of small ideas. The Labour Party is currently quibbling internally over how to finance a policy of cutting the cap on regulated tuition fees from £9,000 to £6,000, for example. It’s unclear what problem this purports to solve. While there’s a strong case for overhauling student finance entirely, Labour seems content to merely “weaponise” the policy area with a headline-grabbing approach that reminds voters of the Liberal Democrats’ u-turn on the issue.

Those who warned that raising tuition fees to £9,000 would have a chilling effect on applications from prospective students from low income backgrounds have been proven wrong. Record numbers of 18-year-olds from poorer areas have applied this year. And far from helping the poorest, the effect of cutting the cap on tuition fees would be “regressive” – the biggest beneficiaries would be those on high earnings, and the policy would necessitate raising taxes elsewhere. Since university funding ultimately incorporates both student fees and direct government financing, a cut in fees inevitably means making universities more dependent on the public purse if their income is to be maintained. Given that further government spending cuts will be needed in the next Parliament, this news will surely make universities anxious for their future.

Yet while a headline fee cut is misguided, Labour surely has a point with some of its critique of the current system. It now looks likely that vast sums will be written off in unpaid loans, effectively creating arbitrary subsidies from the taxpayer. Meanwhile, £9,000 fees have become the default pricing for universities, even though in an ever-changing labour market the value added from many degree courses is uncertain and unclear. This can create resentment on all sides: many students don’t think they’re getting value for money, taxpayers remain on the hook for large sums of funding, and universities often state that their funding is still inadequate and they are tied up in red tape.

Real reform of university financing would therefore try to find a way of aligning the interests of all parties, creating a dynamic which encourages universities to experiment to add value for their students. It would need to accept that students don’t often have the resources to pay upfront fees, but also that returns to university degrees are uncertain.

Last year, the IEA published a possible solution. Dubbed a “free market graduate tax”, it would in essence replace the debt-financed model of university funding we currently have with an equity-based scheme – where the universities themselves have a direct stake in the future of their graduates. Taking taxpayers out of the equation entirely, a contract would be drawn up between the individual and the university – with the former agreeing to pay back a certain proportion of their income after graduation in return for the universities internalising the cost of the courses upfront. In other words, it would act like a tax but with the funds going back to the institution – and the practical consequence would be those on the highest earnings paying more.

The advantages of this scheme should be obvious. Universities would have a much stronger interest in the employability of their graduates – and this would continue even after graduation, since a university’s funds would be dependent on its graduates’ success. Universities would have to be more innovative and flexible to add value for their students. Being independently-funded, they could also be taken out of all the inevitable regulation that comes from being reliant on government funds.

This scheme would therefore address the faults of the current system identified by Labour, which their proposed policy would not solve.