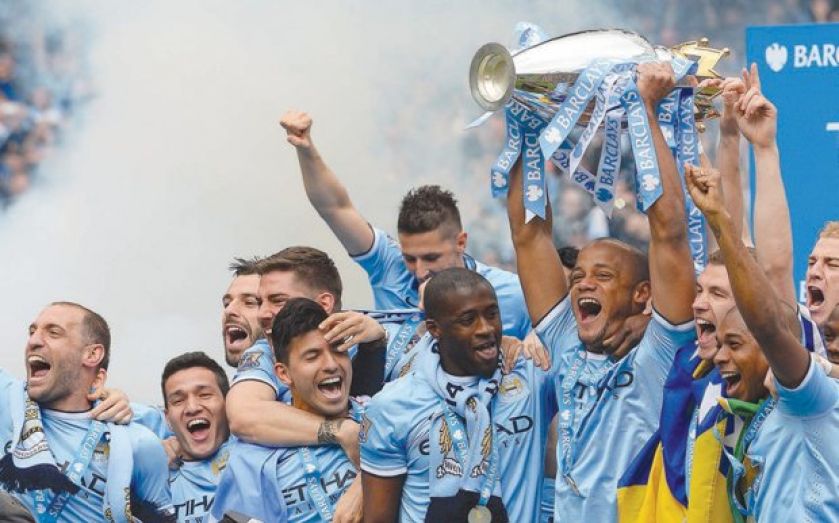 IT’S AN unwritten rule that winning a league title is hard, but retaining it is even harder, especially when you’ve got a top five who all harbour genuine aspirations of finishing first.

For supporters, it should add up to another exciting season. For Manchester City, however, it means an uphill struggle to defend their crown. Two years ago they lifted the trophy, only to find the going tough the following campaign and trailing home 11 points behind neighbours Manchester United. This time they haven’t been able to spend as freely as in previous summers, so their squad doesn’t look any stronger than last term, while most, if not quite all, of their major rivals have reinforced.

United could be more exciting to watch than they have been for many years, purely to see how Louis van Gaal gets on in his first season as manager, and whether the Dutchman’s uncompromising image is justified.

LIABILITY
Whether he really is a dictator or not, I expect to see a complete change of mood and spirit at Old Trafford. His decision to adopt a 3-5-2 system rarely seen in England for more than a decade is also fascinating, and I’d take it as a positive sign that players seem to have adapted quickly.

Staying in the north-west, I expect Liverpool will again be in the mix but it would be truly unbelievable if they grasped the title that eluded them last time without Footballer of the Year Luis Suarez. Daniel Sturridge will now have to shoulder the match-winning burden, while players such as Raheem Sterling and Philippe Coutinho need to have fantastic seasons. Dejan Lovren looks a good signing but him, Rickie Lambert and Adam Lallana are relative novices at the very top level, and captain Steven Gerrard is another year older. Last season raised expectation levels on Merseyside and Brendan Rodgers will have to live with that, because the pressure is now on.

Arsenal had three issues to sort this summer. Alexis Sanchez can absolutely be the striker they needed, especially with Olivier Giroud likely to weigh in with 20 goals, but questions remain in defence and midfield. Per Mertesacker is still, for me, a liability, and Calum Chambers, while promising, can’t be expected to be the answer. A tendency for Arsenal’s full-backs to get forward means they need a top defensive midfielder, and they haven’t got that. Mikel Arteta reads the game well but is not physical, while Mathieu Flamini is a destroyer but limited.

PEDIGREE
The Gunners have fantastic quality elsewhere, with Aaron Ramsey, Mesut Ozil and Santi Cazorla. Lukas Podlolski will get 15 goals, Theo Walcott it still to come back and I think there’s a bundle more in Alex Oxlade-Chamberlain’s locker. If others slip up they could nick the title, but they need a player like Sami Khedira in the middle to be up there with the two favourites.

Which brings us to Chelsea. I backed them last season because of the Jose Mourinho factor and they went close, despite lacking a prolific forward and being a little one-dimensional. If they are to win it this time then new signings Diego Costa and Cesc Fabregas will be crucial, especially the former, in forging a new team without long-serving Frank Lampard and Ashley Cole, as well as David Luiz, who had also become part of the fabric. Costa had a terrible World Cup but seems to have an appetite for a fight and was tremendous last season for Atletico Madrid. Mourinho has quality and pedigree throughout the squad, and if he is happy with it – and Costa hits the ground running – then I’m backing him and Chelsea to be the division’s biggest threat.