Focus On Roehampton: Thinking of living in Wandsworth? Consider this leafy spot instead and you could save £100,000 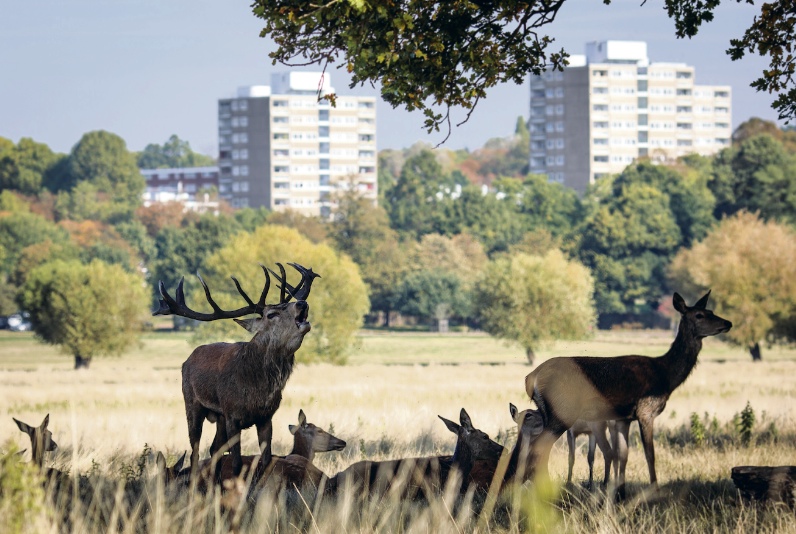 The thing about university towns is they’re always full of students. This doesn’t just make them a great property investment for Revolution bars and Wetherspoons, but also for landlords who fear void periods, even if it means occasionally having to get Pot Noodle stains out of the carpet.

The University of Roehampton – incidentally, the first higher education institution in the UK to admit women – has undoubtedly been a boon to the lettings market in this south west London suburb. A pretty spot on the edge of Richmond Park, it’s one of the quieter parts of London, but it’s not isolated by any means. Neighbours with Richmond and Putney, it’s within walking distance of all the shops, restaurants and acres of green spaces those destinations enjoy, but at a fraction of the price.

Barnes station nearby is linked to the South Western railway network, too, making it convenient for commuters as direct trains take only 20 minutes to get to Waterloo. This isn’t just good news for those who work on the South Bank, it’s also great for City workers who can zip across to Bank in four minutes on the Waterloo and City Line.

“I would say the ratio we have seen from prospective tenants is 50 per cent students from Roehampton University and 50 per cent professional sharers/couples who commute into the city for work,” says Amy Pritchard, lettings manager at Marsh & Parsons.

“For example, in the last month we have rented two, two-bedroom apartments on Roehampton Lane. Both tenants were professional couples; one couple worked in Barnes, and the other couple commuted into Waterloo for work. With that in mind, we did have competing bids on one of the properties with professional sharers and one set of students who were due to study at the university.

“A lot of applicants who register in Richmond, Barnes and East Sheen would usually consider a property in Roehampton too due to it being so close to Richmond Park and easy access to good transport links. The average two-bedroom property in the area ranges between £1,450 to £1,750 per calendar month depending on the exact location and specification.”

According to research by estate agent Savills using the Land Registry’s figures, it’s a good value area to buy in, too, especially when compared to the rest of Wandsworth, the borough Roehampton resides in. The average second hand sale price in the 12 months leading up to November 2018 was just under £670,000, which is £100,000 less than the average price in wider Wandsworth.

Savills Research also found that the vast majority of sales were terraced properties or flats – ideal for professionals and students.

Though there are barely any new build developments in Roehampton, there are still some highly prized properties, with 13 per cent of sales going for £1m or more.

“Its range of property types from flats and workers cottages through to large detached houses sees a range of buyers make the move into, or stay, in the area to trade up,” says Frances Clacy, Savills research analyst. “Some of its priciest roads include Parkmead, Roedean Crescent and Priory Lane, where both heritage and newer housing stock can be found.

“Properties here line the approaches of Putney Heath and Richmond Park and, as such, are in highly sought after positions. In fact, over the last 10 years, the average sale price for homes in these addresses is above £3m.”

For someone who wants one foot in the countryside and one within half an hour of the city, Roehampton is the perfect location. There are acres to explore on a Sunday ramble, including the riverside walks of Richmond Park – the largest park in London – or Putney Heath, which bleeds into Wimbledon Common. The Roehampton Club is also a great spot to improve your tennis serve and play a spot of golf at the weekends. In terms of food, the curly fries at the University of Roehampton are legendary, but you might have to embark on a degree to get your hands on them. Jerk Shack on the High Street is a much-loved Caribbean restaurant – the peppery shrimp are a must – and the King’s Head pub further along is a decent gastropub that should satisfy all your Sunday roast and beer garden cravings. No neighbourhood is complete without a decent chippy and The Right Plaice is exactly that. It’s opposite the library, too, so you can reward yourself with a battered sausage every time you finish a book.