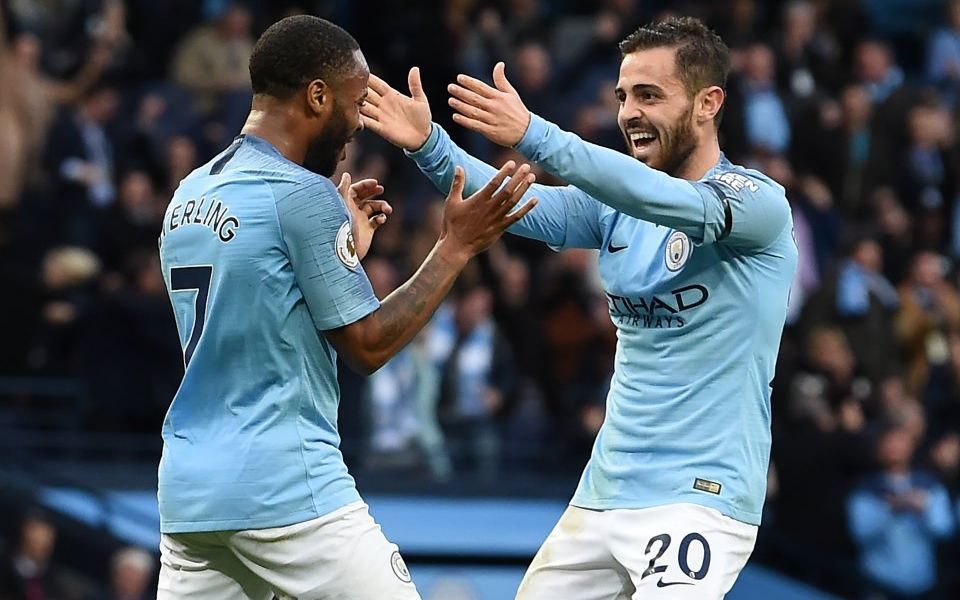 1. Man City on course ot beat their own records

Premier League records tumbled as Manchester City waltzed to the title last season, not least in the goalscoring stakes, with the Blues netting 106 times and finishing with a goal difference of +79 – both new bests. Dauntingly for those teams who aspire to rival City, Pep Guardiola’s swashbuckling outfit have only become more prolific.

Sunday’s 6-1 evisceration of sorry Southampton represented the fourth time already this term that they have hit five or more in a match. With 11 league games down, they have struck 33 and have a goal difference of +29. While that rate will be hard to sustain, they already appear to be on course to break more records.

Jose Mourinho isn’t known for being low-key but, quietly, his Manchester United team look to have found their feet again after a dreadful start to the campaign. For the second weekend in a row, United won 2-1, and they have now taken 10 points from a possible 12 since their season’s nadir, a 3-1 defeat at West Ham.

Victory at Bournemouth on Saturday lifted them level on points with the sixth-placed Cherries and just four points off the top four. Central to this resurgence has been the brooding Anthony Martial, who scored for the fourth successive league game. The only problem? They travel to free-scoring neighbours City next weekend.

3. Arnie and Anderson give Hammers hope

It’s been an odd few months of wildly fluctuating results for West Ham and Saturday’s 4-2 home win over Burnley encapsulated it. The Hammers led twice only to be pegged back twice and only late goals from Felipe Anderson and Javier Hernandez made the points safe.

In the performances of a fit-again Marko Arnautovic and record signing Anderson, who scored twice, there was cause for optimism, however. Both have match-winning quality; if West Ham can build around them then Manuel Pellegrini’s side ought to be able to bring a measure of consistency to their erratic formbook and improve on their current 13th place.

4. Wolves being held back by lack of attacking bite

Wolves have enjoyed no shortage of plaudits for their largely seemless transition from Championship to Premier League, with 15 points from 11 games lending weight to forecasts of a top-half finish. For all the midfield quality of Ruben Neves and the rigour and charisma of coach Nuno Espirito Santo, however, there remains a nagging doubt about their goalscoring threat.

They currently average just one goal a game and, although they battled back from 3-0 down to 3-2 in Saturday evening’s defeat at home to Tottenham, they needed two penalties to do so. Neither Raul Jimenez or Leo Bonatini look potent enough so far; a forward signing in January could sharpen their cutting edge.

Sceptics weren’t hard to come by when Everton forked out £40m to reunite Richarlison with his former Watford boss Marco Silva over the summer but the Brazil forward is showing signs he could be the attacking spearhead the Toffees have lacked since the sale of Romelu Lukaku.

Richarlison took his tally to six goals in nine league games with a brace in Saturday’s 3-1 win over Brighton. It’s not just the quantity either; his strikes were brilliant and his developing understanding with Gylfi Sigurdsson – Everton’s next most prolific marksman, on five – should give his doubters cause to reconsider their hasty assessments.