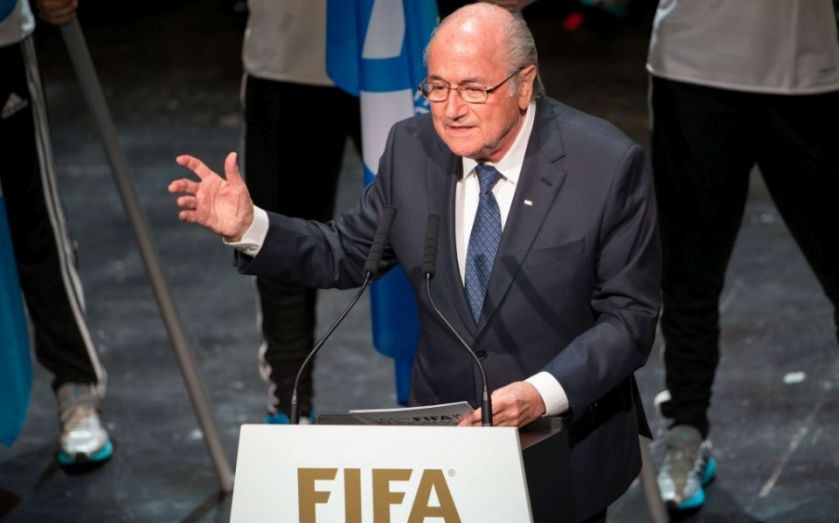 The 79-year-old will keep his role until 2019 after securing 133 of the 209 member association votes cast at Fifa's annual congress in Zurich.

Prince Ali was entitled to ask for a second round of voting with Blatter not having achieved a two-thirds majority, but instead opted to concede having won just 73 votes.

Following his victory Blatter told the Congress: "I thank you, you have accepted me for the next four years. I will be in command of this boat of Fifa. We will bring it back off shore"

Fifa has been dogged by allegations of corruption under Blatter's reign, yet the Swiss enjoys widespread support from member nations outside of the traditional football powers.

Blatter, who will take questions from the media at a press conference tomorrow, has dismissed calls for him to step down from figures such as a "disgusted" Uefa president Michel Platini who suggested his organisation could boycott Fifa in the event of a Blatter win.

In contrast to vocal opposition from Western European and North American football associations, the African and Asian Football Federations reiterated their support for Blatter ahead of the election.

Voting on Fifa's presidential elections is often swayed by regional blocks, so with the majority of the Confederation of Africa Football's 54 votes and the Asian Football Confederations' 46 votes in the bag, the path to victory was a clear one for Blatter.

Following the explosive arrests of top Fifa officials on charges of racketeering, wire fraud and money from the US Department of Justice, Blatter boldly claimed he was the right man to lead the fight against what he called "the problems that have been created".

Ahead of the vote Blatter told Fifa's congress:

Today, I am appealing to a unity and team spirit so we can move forward together. It may not always be easy but it is for this reason we are, today, to tackle the problems that have been created

To solve them, this may not be possible in one single day, it will take some time. But we will do it.