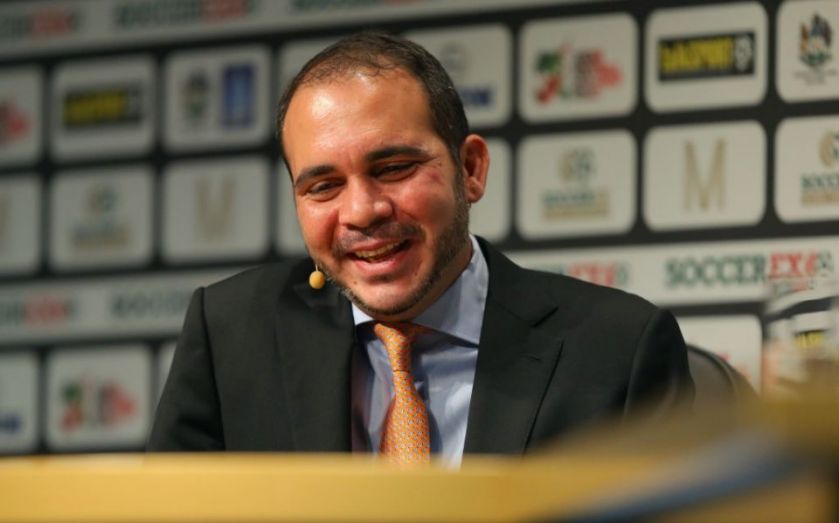 Sepp Blatter, the controversial 78-year-old Fifa president, is hoping to win a fifth term in today's election, but must first beat off the competition from a contender 39 years his junior.
With Blatter’s reign mired in corruption scandals, contentious World Cup hosting choices and most recently a sensational series of arrests of senior officials, the Jordanian Prince’s bid to freshen up the leadership of the scandalised organisation will be welcomed in many quarters – including England's Football Association.
Prince Ali says he is hoping to “shift the focus away from administrative controversy and back to sport.”
“The message I heard over and over was that it is time for a change", he explained. "The world’s [favourite] game deserves a world-class governing body – an International Federation that is a service organisation and a model of ethics, transparency and good governance.”
But does the Sandhurst and Princeton-educated Prince Ali have a realistic chance to topple the incumbent? How much would he actually differ from Blatter? And what credentials does he have for the role? Here’s what you need to know about Blatter’s newest rival.
Read more: Fifa – "No revote on Qatar or Russia World Cups"

What experience does Prince Ali have?

Prince Ali has been president of the Jordan Football Association since 1999, vice-president of Fifa since 2011 and founded the West Asian Football Federation (of which he is also president) in 2001.
Under his presidency, Jordan’s national football team has achieved modest success. The team only just fell short of qualifying the 2014 World Cup last year (losing to Uruguay in a play-off), reached the quarter-finals of the Asian Cup twice and rose 49 places in Fifa’s world rankings.
As Fifa vice-president, Prince Ali worked to repeal the ban on the hijab in women’s football, and was noted for his calls for Qatar to improve its treatment of construction workers on World Cup stadiums as well as the publication of investigator Michael J. Garcia's report detailing corruption in the bidding process for the 2018 and 2022 World Cups.
By contrast, Sepp Blatter has stated the welfare of workers in Qatar is not Fifa’s responsibility and has been resistant to shed light on the full findings of the Garcia report. 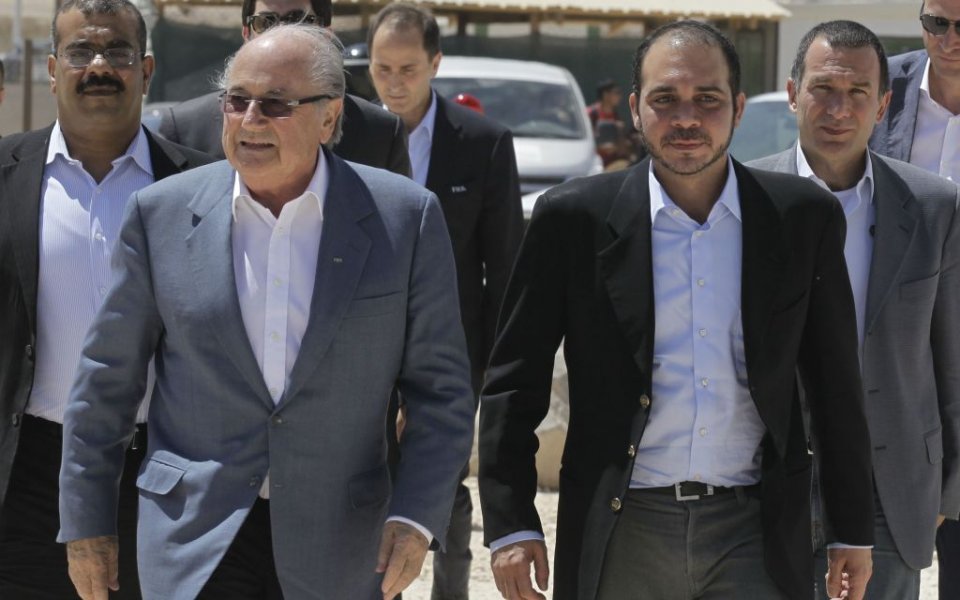 Read more: The football world's reaction to the Fifa arrests

How would he differ to Sepp Blatter?

It’s probably safe to say Prince Ali represents a genuine alternative to Blatter, even if Fifa’s many problems aren’t going to be fixed overnight.
Long before announcing his running for president, the Jordanian was open about his disinterest and disapproval of Fifa’s current political opaqueness.
In an interview with industry magazine Soccerex Pro last year, he said:

All I care about is the sport and not the politics. I’m not there to show myself or to have a position, I’m all about the work.
…I think that as with any organisation we need to evolve. It’s not just a matter of saying that financially we’re ok and that everything’s fine. No. I think that there’s a lot of work that can be done and needs to be done, and I’m committed to doing it.

Is Prince Ali a credible candidate to the presidency?

To put it simply: Yes. While jokers (David Ginola) and genuine challengers (Luis Figo) have fallen away by the wayside, Ali has at least lasted the distance in the race. But his chances of actually winning are still low, even if a number of associations have publicly declared support for him
The prince has enough experience and friends in the game to be viewed as a viable candidate for the biggest job in world football. Uefa, European football's governing body is trying to unite its members behind the Prince. Yesterday President Michel Platini said: "A very, very big majority of Uefa associations will vote for Prince Ali – a minimum of 45 or 46 [out of 53], and I try to convince more". Prince Ali has also won the public backing of Australia, the USA and Canada, and insists he has meaningful support from the South American Conmebol federation.
However, support from the European powerhouses is all well and good, but in order to win the election, a candidate must win the majority of votes from member federations around the world – and that’s where things could get tricky.
Blatter has said he decided to stand for re-election after being asked by “a lot of national associations to do so”. As unbelievable as it may seem to many football fans, Blatter holds a wealth of support among many of the smaller confederations and national associations who have benefitted from the global outlook Fifa adopted during his time in charge.
Africa’s confederation, CAF, has already pledged support to Blatter, while Prince Ali may not even receive many votes from his own Asian confederation after its head Shaikh Salman bin al Khalifa confirmed it will support Blatter.
Al Khalifa said as far back as November: “We made it clear during the Brazil congress and even in the official nomination when President Blatter nominated himself and we all said that AFC is supporting of Sepp Blatter in the next election. Once we commit and we give our word then we are committed.”
So, it will be a tough task for Prince Ali to oust Blatter, but those disgruntled with the Swiss president can at least take cheer from the fact he will today face a credible challenger for the first time in years.