Corruption allegations, arrests of top officials, global outrage – in most organisations such calamities would cost a leader their job, let alone the chance to stand for re-election.

But Fifa isn't most organisations, and not only is president Sepp Blatter bidding for a fifth straight term in this afternoon's election following one of the most scandal-hit weeks in the governing body's inglorious history – he's expected to win.

Greg Dyke of the FA, Michel Platini of Uefa and Sunil Gulati of US Soccer have all led the charge in support of Blatter's main challenger, Prince Ali Bin al-Hussein of Jordan – yet as loud as they shout, many football association heads around the world are still expected to put a cross next to Blatter's name at the (secret) ballot box this weekend. 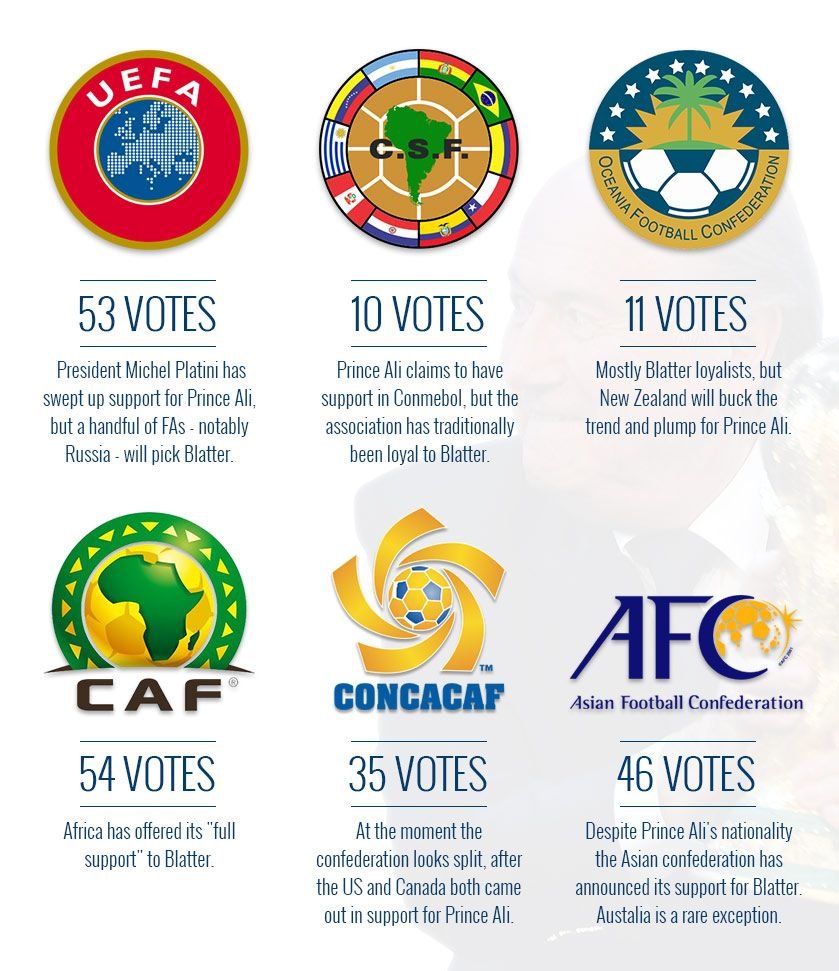 Here's how the process works: If either candidate wins two-thirds of the votes they will be automatically be elected president. If the margin is smaller, however, voting goes to a second round when only a simple majority is required.

For all his promises of reform and achievements as Fifa vice president, Prince Ali has failed to convince the majority of the world's football federations – who often vote in larger regional blocs – that he is their man. The massive Asian and African confederations – which have 54 and 46 votes respectively – as well as large chunks of those in South and Central America have repeatedly reaffirmed their support for Blatter.