The Masters is synonymous with drama. From Rory McIlroy’s final-round nightmare in 2011 to Greg Norman’s collapse when holding a six-shot lead in 1996, there has been plenty of heartbreak.

For all the despair, there has also been much joy. Augusta was the backdrop for Sergio Garcia’s emotional first Major title at the 74th attempt two years ago, and it also witnessed Tiger Woods set the world alight, aged 21, with a record 18-under-par score and 12-stroke lead to claim his maiden Green Jacket in 1997.

Perhaps, then, it should come as no surprise to learn that it is a tournament where the old adage about the importance of getting off to a good start does not necessarily ring true.

Read more: Sam Torrance: McIlroy is at ease and ready to win Masters

Since 1985, there have been just two occasions in which the first-round leader has gone on to win the tournament.

Jordan Spieth’s record-equalling 18-under-par finish in 2015 saw him lead from start to finish after he carded an incredible 64 round on the Thursday.

Spieth would hold off both Phil Mickelson and Justin Rose to win by four shots that year in a real rarity; not even Woods has gone wire-to-wire in any of his four Masters victories. 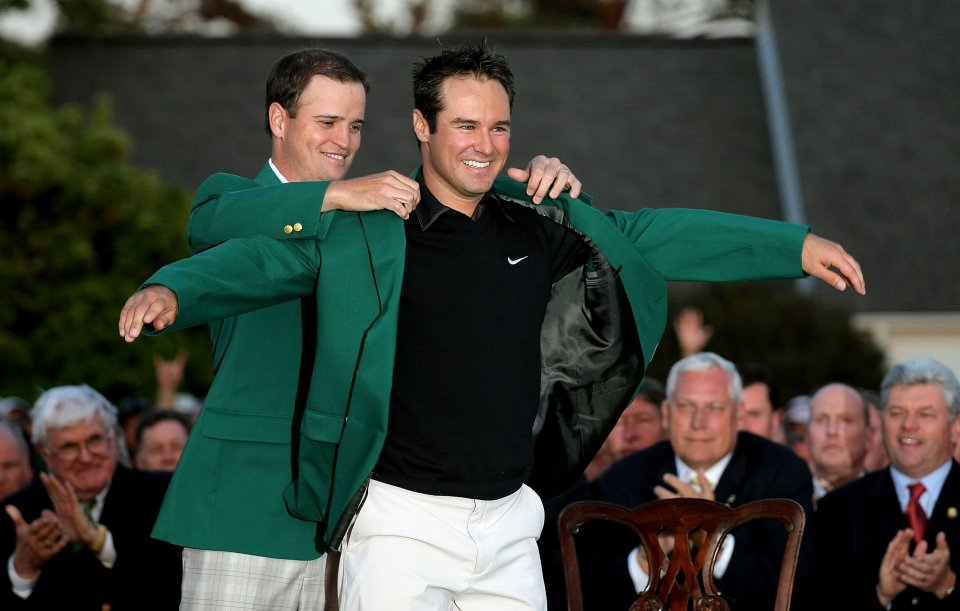 South African Trevor Immelman is presented with the Green Jacket in 2008 (Source: Getty)

The only other time in the last 34 years that occurred was in 2008 when South African Trevor Immelman set the pace with a round of 68 on the first day before going on to beat Woods by three strokes.

But even he, with a final round of 75 and Woods breathing down his neck, suffered from a slump that almost cost him the win.

It is a trend that is not replicated to the same degree at the other Majors, highlighting how difficult it can be to find consistency on the iconic Augusta National course.

The US PGA Championship has seen five first-round leaders hold on to win the title since 1994, including Woods and Mickelson in 2000 and 2005 respectively, while most recently Jimmy Walker achieved that feat in 2016.

The Open Championship also lends itself to the unexpected but has seen four first-round leaders stay the distance and win since the legendary Seve Ballesteros did so in 1988. That is still twice as many as the Masters, with Norman, Woods and McIlroy the others to have pulled it off.

The US Open has shown itself to be the most unlikely to see a collapse, with six of those leading after the first round going on to claim the title since 1991.

It was Payne Stewart who blew the rest away that year, but since then McIlroy, Martin Kaymer, Retief Goosen and, yes, Woods – on two separate occasions – have also done it.

But when it comes to the Masters, it seems to be an almost impossible task. 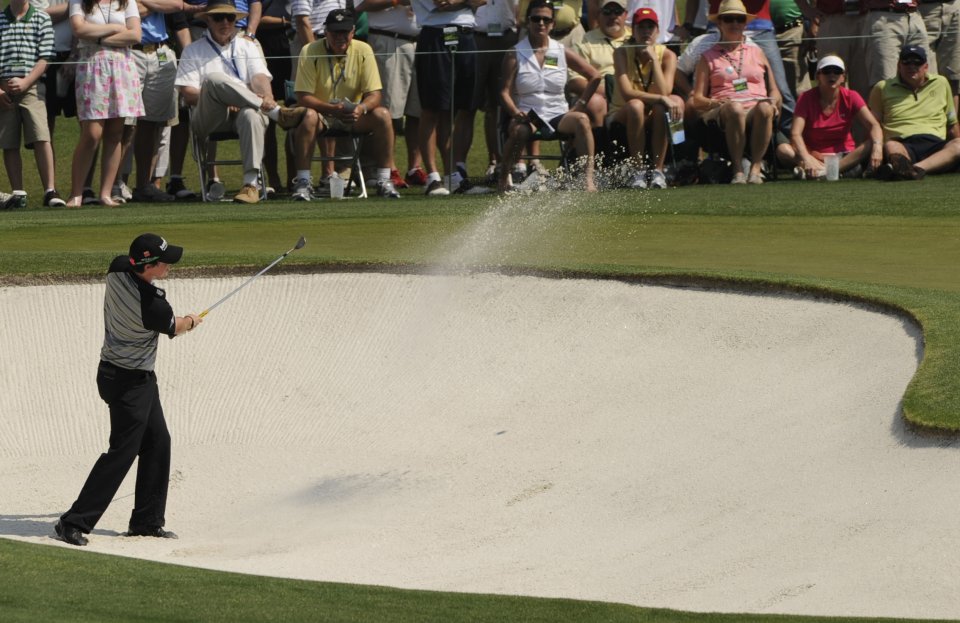 Rory McIlroy lead for three days until a nightmare final round in 2011 and it remains the major that got away (Source: Getty)

In fact, the feat has only been completed four times since the Masters’ inauguration in 1934, with Ballesteros in 1980 and Ben Crenshaw in 1984 the only other two men to have achieved it.

For some, leading so early on seems to have become a bad omen, as Englishman Rose has discovered.

The current world No2 has been leading at the close of the first day on three separate occasions – in 2004, 2007 and 2008 – yet is still chasing his first victory at Augusta.

The Green Jacket has also eluded fellow Briton McIlroy, who suffered that final-round collapse in 2011 having held a four-shot lead before carding an 80 and ultimately finishing 15th. It remains the one that got away as he has since claimed the other three Majors.

That result made him one of 17 first-round leaders since 1990 to have finished in the top five. The remaining 28 slipped below that, with 12 ending up outside the top 20.

In the last 12 years, however, all eventual winners have ended the first day inside the top 10, and while this hasn’t always been the case and does not mean players from farther back cannot win, it shows the importance of maintaining pace with the leaders if not being at the top.

As the old saying goes, you can’t win the Masters on Thursday, but you can lose it.