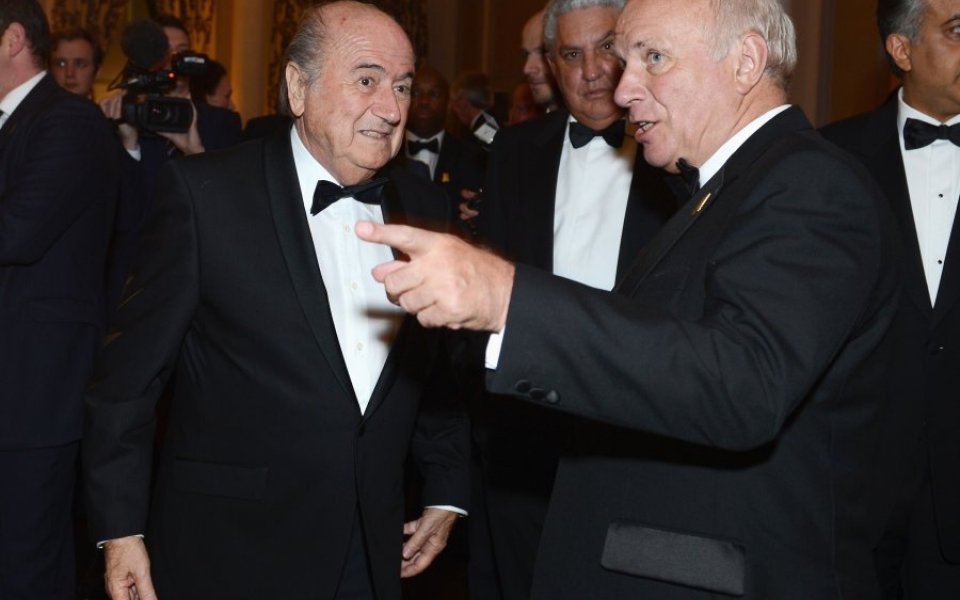 The FA has demanded Fifa explain Sepp Blatter's suggestion that the decision to award the 2018 World Cup to Russia was made before voting took place.

The FA spent £21m on a bid to host the same tournament but in the initial round of voting only received two votes to Russia's nine.

English football's governing body has asked for answers to "important questions" from Fifa after its president told a Russian news agency and The Financial Times last month that senior members organisation had made a "gentleman's agreement" to award the 2018 World Cup to Russia in 2010.

Read more: The seven men who want to replace Sepp Blatter at Fifa

An FA spokesperson said: "The FA has been reviewing its legal position and, as a result, has written to Fifa asking a series of important questions about the process by which the 2018 World Cup was awarded to Russia."

Blatter, currently serving a 90-day suspension while Fifa's ethics committee investigates a "dishonest" £1.4m payment he made to Uefa president Michel Platini, told Tass that it was agreed to have the World Cup in the "two biggest political powers" but a meeting between then-president Nicolas Sarkozy and the crown prince of Qatar prompted Platini to vote for the gulf state.

He said: "If the USA was given the World Cup, we would only speak about the wonderful World Cup 2018 in Russia and we would not speak about any problems at Fifa."

During a parliamentrry inquiry into the future of Fifa, Dyke told the Culture, Media and Sport committee that Blatter's interviews made it "look like it's suggesting that it was all fixed anyway. It depends on who he means by 'we'."