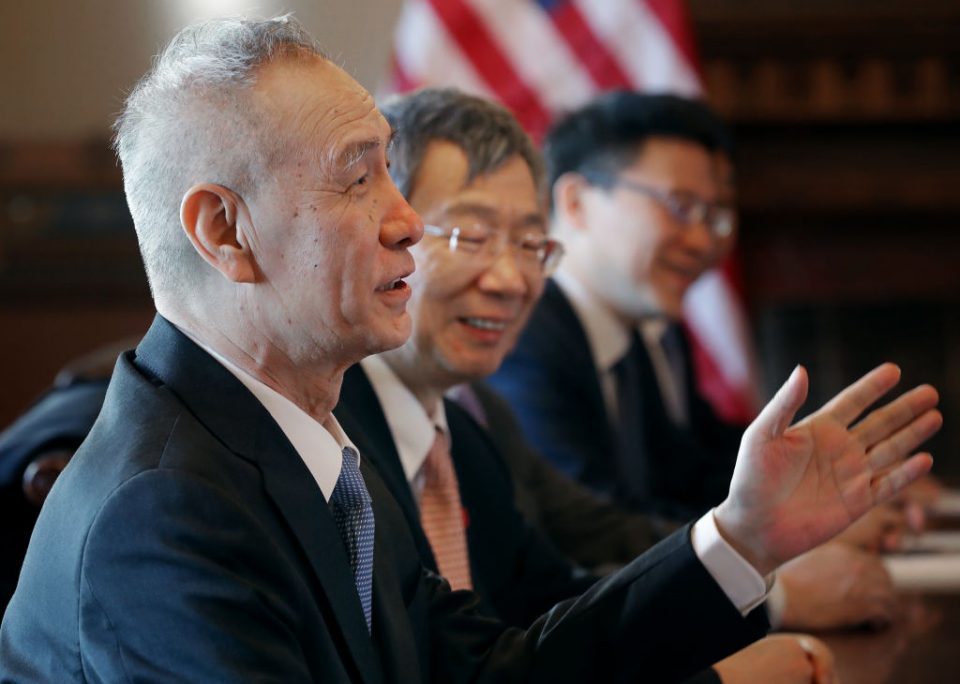 European stock markets have been boosted this morning after the Chinese commerce ministry said it was in talks with the US over the two sides’ raging trade war.

Gao Feng, the ministry’s spokesman, said China was opposed to further escalations of the trade war and that both sides should “create necessary conditions” to restart official meetings aimed at ending trade tensions.

The UK’s FTSE 100 was up by one per cent despite the pound falling for a second consecutive day as fears over a no-deal Brexit mount.

Hong Kong’s Hang Seng index closed higher after a weak start to the day, but the Shanghai composite and Japan’s Nikkei 225 both closed down 0.1 per cent.

China’s announcement of its willingness to reenter talks came just under a week after US President Donald Trump said he would ratchet up tariffs even further on around $550bn (£448bn) of Chinese goods.

Gao said today: “The most important thing at the moment is to create necessary conditions for both sides to continue negotiations.”

His words were not all soothing, however. Gao wanted China had “ample” means to retaliate should Washington apply the tariffs.