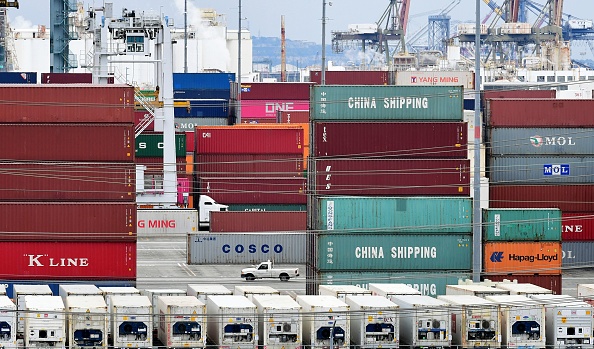 China has exempted 16 US products from additional tariffs, its finance ministry said this morning, in a sign of good will ahead of high-level talks this month and next.

Products such as animal feed, fish meal, some anti-cancer drugs and lubricants will be exempt from extra tariffs when they come into China from the US for a year, starting 17 September.

China has slapped its own tariffs on around $185bn (£150bn) of US goods in retaliation for the approximately $550bn of tariffs put on Chinese goods by the administration of US President Donald Trump.

Despite today’s exemptions, over 5,000 types of US products are still tariffed by China. Crucially, major imports from the US such as soybean still have heavy tariffs attached.

Nonetheless, European stock markets have been cheered by the news, as well as expectations that the European Central Bank (ECB) is set to unveil further financial stimulus tomorrow to boost the Eurozone economy.

David Madden, market analyst at CMC Markets, said China’s decision was “a step in the right direction for US-China trade relations” which “might trigger a similar move from Washington”

“The decision by China bodes well for the trade talks that are due to take place between the two sides next month.”

China and the US will enter preliminary talks at the end of this month and proceed onto higher-level talks in October aimed at reaching a solution to the trade war which has racked global markets for a year.

Analysts at Barclays said they thought “these adjustments signal that China is more willing to make progress in the October trade talks, likely toward striking a’“narrow’ agreement that involves China buying more US goods in exchange for the US suspending further tariff hikes”.