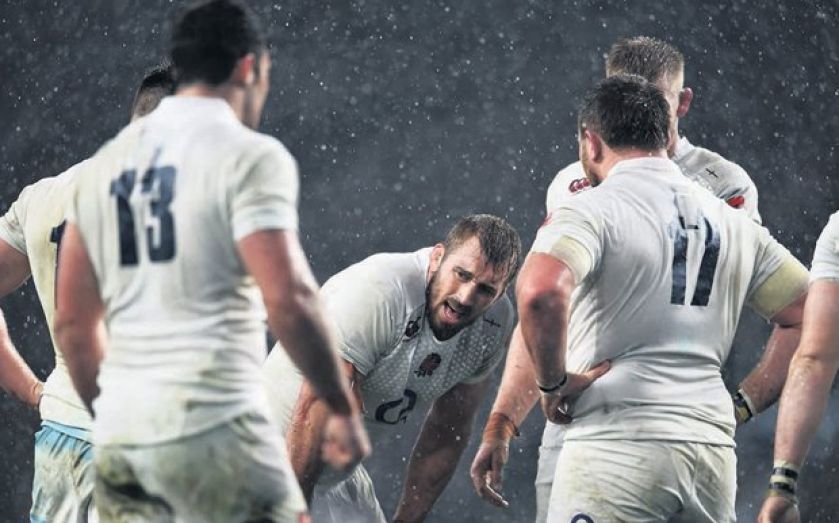 ENGLAND head coach Stuart Lancaster has urged his team to sharpen their killer instinct after New Zealand gave them a lesson in ruthlessness on Saturday at Twickenham.

The home side led 14-11 at half-time but were unable to close out the game, as the All Blacks roared back to win 24-21 despite having hooker Dane Cole sent to the sin bin.

Lancaster refused to be downbeat about his side’s fourth consecutive defeat – and a fifth loss to New Zealand in 12 months – but admitted they needed to be more clinical.

“We haven’t got the right result, but we don’t feel we’re far away. In the first half we were pretty close if not level,” he said.

“We’ve got some good players watching the game, so we’ll keep our confidence and maintain the direction in which we’re going.

“The All Blacks have played eight games and two and a half months together since we last played them and I thought we put them under pressure.

“We created opportunities in attack but obviously there’s a period of play they constructed that shows why they have the experience to close out a game like that. That’s what we’ve got to get.”

England, who face South Africa next on Saturday before further fixtures against Samoa and Australia, had just 437 caps in their matchday 23 compared to New Zealand’s 1,023.

But All Blacks coach Steve Hansen said: “If your team has more caps than the other and you lose they tell you they are too old and should retire. It’s just an excuse.

“The big thing that changed in the second half was that we got a wee bit urgent. In that first half England were probably half a click in front of us the whole time, showed a bit more desperation and urgency to get to places.”