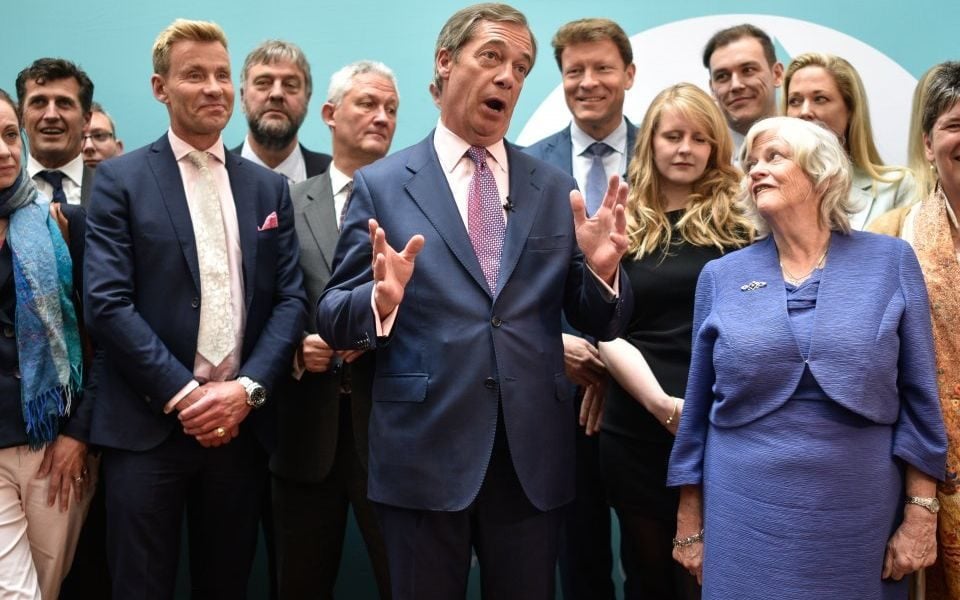 The elections that were never meant to happen have had an immediate and dramatic impact on British politics.

The Brexit Party, which didn't exist six weeks ago, now has more seats in the European Parliament than any party from any country. The Liberal Democrats, written off as a spent force before the local elections, are back in business. The Tories, beaten into fifth place, are set to fight a leadership election against the backdrop of humiliating results, and the Labour Party – trounced in Scotland and Wales – has finally succumbed to the fight it had been putting off and is in a state of open war over its position on a second referendum.

There was a bizarre but concerted effort yesterday to deny the Brexit Party their victory. Despite winning a majority of UK regions, a majority of seats and a majority of votes cast, Remain campaigners rushed to tell everyone that actually, if you added up the votes of the Liberal Democrats, the Greens and the Welsh and Scottish nationalists then more people voted against Brexit than for it. This is only true if you ignore those plucky souls who voted Tory.

As for Labour, the fence on which the party has balanced for three years finally shattered as their policy of constructive ambiguity turned out to be destructive confusion. Last night shadow chancellor John McDonnell effectively seized control of his party. While Jeremy Corbyn clung to the line that a general election is their preferred form of a “people's vote” McDonnell clearly believes that line has outlived its useful life and declared that a second referendum is now the “only option.”

The Tory leadership candidates are all talking up a no-deal exit with varying degrees of enthusiasm; some see the prospect as the only way to extract concessions from the EU while others see it as an end in itself.

It's likely we'll get to the end of the summer and find a Labour party formally backing a second referendum while a new Prime Minister seeks to make good on promises made to a Brexit-backing Tory party membership. In such a scenario, a general election becomes ever more likely.

Not for the first time, Nigel Farage has set the tune and now everyone else has to figure out the dance.