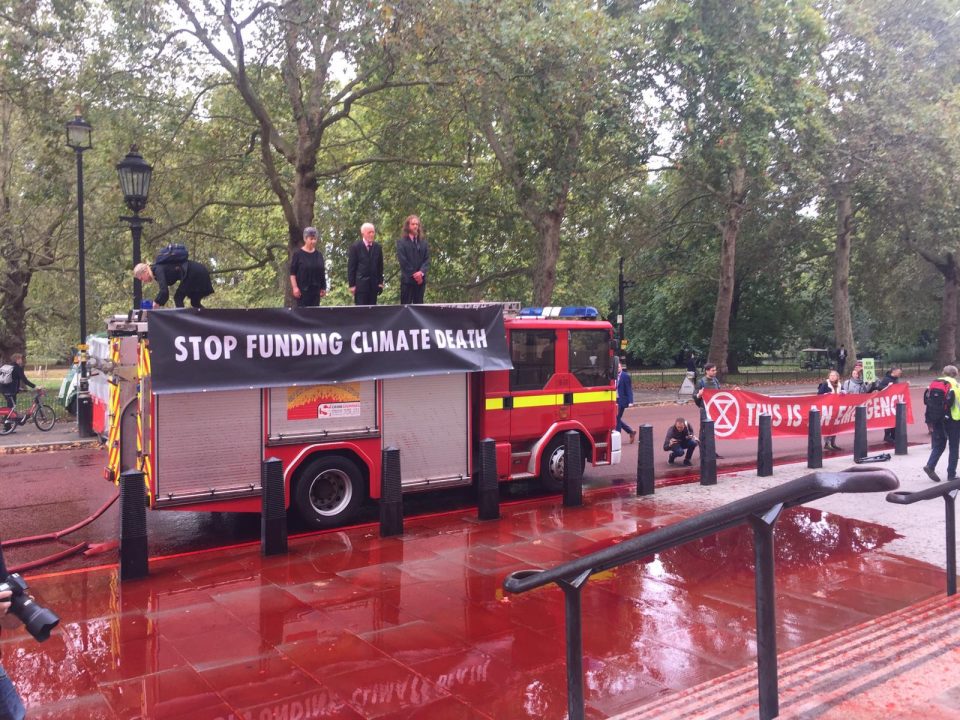 Police said they have arrested eight people after climate change protesters sprayed fake blood over the Treasury this morning.

Protesters from action group Extinction Rebellion on an old fire engine tried, with little success, to douse the building in deep-red beetroot water from a hose.

Just seconds after they started, the hose seemed to burst and the activists lost control.

Instead of hitting the building with 1,800 litres of fake blood, most of the liquid ended up on the street, soaking several onlookers and journalists.

Police this afternoon said they had arrested eight at the scene on suspicion of criminal damage.

“The fire engine was seized and removed,” police said.

Earlier today one protester told City A.M. they had been well-treated by police.

“Police have been perfectly respectful so far, making sure to take good care of activists on the fire engine,” they said.

One protester, Mark Ovland, today said: “Right now it may not seem as though there’s a world outside of the UK, the EU, and Brexit. But such a world exists and it is fast being destroyed, not least by the reckless decisions being made within this building for short-term gains.

“Climate breakdown is killing people as we speak, mostly, and disproportionately, indigenous people and people of colour. In so-called developed countries we won’t be far behind; unchecked, this will eventually kill us all. We have to wake up. We have to rethink our priorities.”