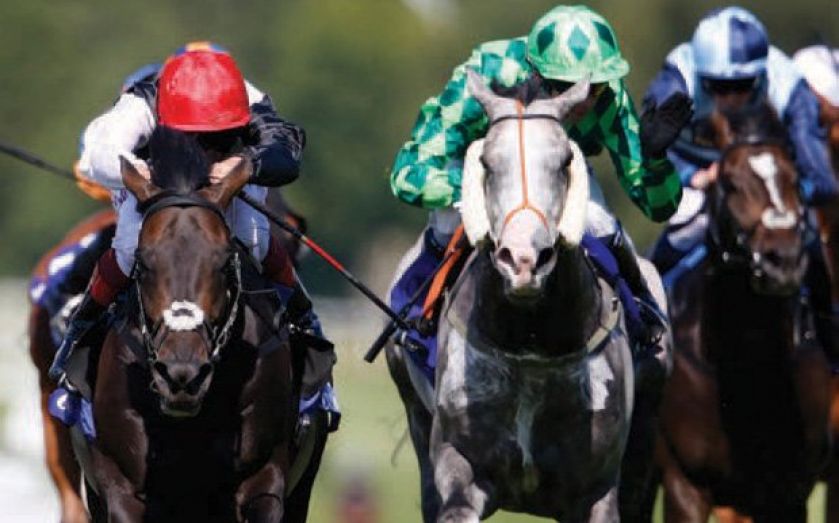 John Gosden’s unbeaten son of Cape Cross is a best-priced 1/2 with Betway to join the likes of Nashwan (1989), Mill Reef (1971) and Tulyar (1952) in landing the famous treble and he looks virtually impossible to oppose.

Earlier this month at Sandown, where he met his elders for the first time, the three-year-old showed tremendous battling qualities to fend off a persistent challenge from The Grey Gatsby and was well on top crossing the line.

In fact, if the race had been run over tomorrow’s 12 furlong trip rather than 10 furlongs, he’d have been an even more dominant winner as he looked every inch a stayer that day.

The combination of the step up in trip and the healthy 12lb weight-for-age allowance should ensure that Golden Horn remains unbeaten.

However, the only potential negative would be if too much of the forecast rain arrives in Berkshire as trainer John Gosden has consciously avoided ground with the word ‘soft’ in the going description since he scrambled home on his debut.

From a betting point of view it looks more sensible to focus on the market ‘without Golden Horn’ and I’m keen on the chances of his stablemate EAGLE TOP at 11/4 with Betway.

He finished behind Snow Sky in the Hardwicke Stakes at the Royal meeting but famously was held up at a crucial stage in a scrummaging match with Postponed.

Both of those horses line-up again tomorrow, but I fancy Eagle Top to step up again and chase home history-making Golden Horn.

A field of 29 line-up for the International Stakes (3.15pm) and the market is headed by the progressive Speculative Bid.

David Elsworth’s colt will be well-suited by the drop back to seven furlongs, but is 10lb higher than when winning the Victoria Cup over course and distance.

Bushcraft is another who warrants plenty of respect, as he is already a three-time winner this campaign, but the combination of the extra furlong and another 5lb in the saddle is a little off-putting.

With rain in the air, I’d rather side with Richard Fahey’s HEAVEN’S GUEST at 16/1.

He finished fourth in this race last year off the same mark and ran a cracker last time in the Bunbury Cup on ground that was plenty quick enough. Any softening will help his chances greatly.

At a much bigger price, I’m prepared to throw a few quid each-way on FORT BASTION at 33/1.

David O’Meara’s gelding ran better in last year’s renewal than his eventual finishing position suggests and the re-application of a visor and a decent jockey booking suggests a bold run is on the cards.