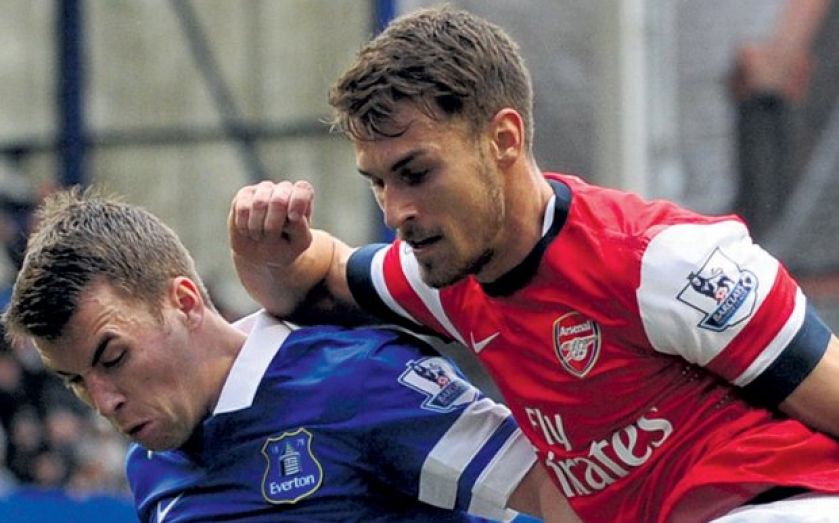 ARSENAL fans have every right to be optimistic at the moment. The once tight-fisted Arsene Wenger splashed the cash again – on Alexis Sanchez, Mathieu Debuchy, David Ospina and Calum Chambers – and the Gunners have made a positive start to the season on the pitch.

An opening day victory at home to Crystal Palace and a respectable draw in Turkey against Besiktas, following on from their Community Shield triumph, will see supporters travel to Goodison Park tomorrow expectantly.

With good reason. Before a 3-0 loss there in April, Arsenal’s previous defeat here was in March 2007. In between, they’ve won four of their six visits, including 4-1 and 6-1 hammerings, and go into this match as 8/5 favourites. Everton are available at 9/5 and the draw is 5/2 with Star Sports.

The Toffees, too, will be positive about their chances. The signing of Romelu Lukaku provides a massive fillip and they really should have beaten Leicester City last Saturday after taking the lead twice.

Roberto Martinez’s current side is the most balanced that the blue half of Liverpool has seen for many years and I think that they can take a point from this contest.

But if you are sweeter than me on Wenger’s boys, Star Sports are offering an enhanced 3/1 for anyone who places three bets on tomorrow’s live Channel 4 races.

On Sunday, Manchester United have the chance to put last weekend’s defeat to Swansea behind them.

They face Sunderland and I can’t see them slipping up again, even though they did lose their last league meeting against the Black Cats and were eliminated by Gus Poyet’s men in the semi-finals of the League Cup.

Louis van Gaal won’t settle for another performance like the one against Swansea and he should be able to call on at least one reinforcement, in the shape of new £16m arrival Marcos Rojo.

The Argentine defender should slot straight into the side and offer some much needed protection at the back. Equally as significant, Robin van Persie is also due to return to bolster United’s striking options.

United have won each of their last three league trips to the Stadium of Light and should have too much for Sunderland, who earned a draw at West Brom last time out, but didn’t show enough to suggest they won’t be in the lower reaches of the table again come the end of the season. At 3/4 with Star Sports, United look well worth backing.

This weekend’s matches conclude with champions Manchester City hosting last season’s nearly men Liverpool. Both teams took maximum points last week, so something has to give here and I think it will be City who prevail.

They were immense at the Etihad Stadium last season, dropping just four points there on the march to the title. One of those victories was a 2-1 triumph against the Reds and I can see a similar outcome here.

I’m not convinced that Brendan Rodgers’ men can hit the same heights without Luis Suarez – even if they do bring in Mario Balotelli. A price of 20/23 about City at home is an attractive one.