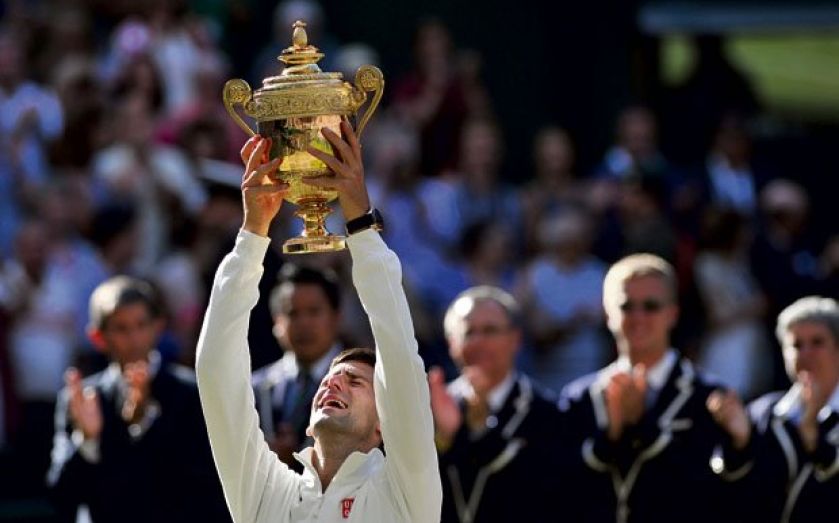 NEW world No1 Novak Djokovic believes that securing his seventh grand slam title with a five-set victory over Wimbledon king Roger Federer yesterday represents the finest achievement of his career.

Djokovic had lost his last three grand slam finals and the world No1 spot to Rafael Nadal late last year, but he feels that victory over seven-time Wimbledon champion Federer could prove to be a watershed moment in his decorated 10-year stint on court.

“At the time of my career for this grand slam trophy to arrive is crucial,” said Djokovic, who won his previous Wimbledon title in 2011.

“I started doubting [myself] a little bit. I needed this win a lot. I’m going to try to use it for my confidence to grow for the rest of my career.

“I could have easily lost my concentration in the fifth [set] and just handed him the win. But I didn’t and that’s why this win has a special importance to me mentally.

“I managed not just to win against my opponent, but win against myself as well and find that inner strength that got me the trophy.”

Sporting and Hollywood royalty, including David Beckham and Samuel L Jackson, were among those who contributed to the overwhelming level of support for Federer during an absorbing contest.

But it was two of his biggest supporters, the Duke and Duchess of Cambridge, who, Federer revealed, offered shoulders to cry on after he trudged off Centre Court defeated.

“I did see them afterwards. I wasn’t in a great state,” said the Swiss, who was bidding to surpass Pete Sampras’s seven Wimbledon wins. “I was unbelievably sad just when I left the court, so it was a difficult moment for the three of us. But they were very sweet to comfort me and wish me well.”

A final of the finest quality really came to life in a fourth set which boasted almost endless drama.

Federer, whose serve had been broken just once in six previous rounds at the tournament, was overpowered on his serve twice, trailed 5-2, then had a match point to defend as he scraped back to 5-4. Incredibly, the 32-year-old saved it with an ace and then went on to win the set, setting up a finale that the occasion deserved.

Djokovic looked to have crumbled when he called for a medical time-out midway through the fifth set, only to recover and break to win the Championship.