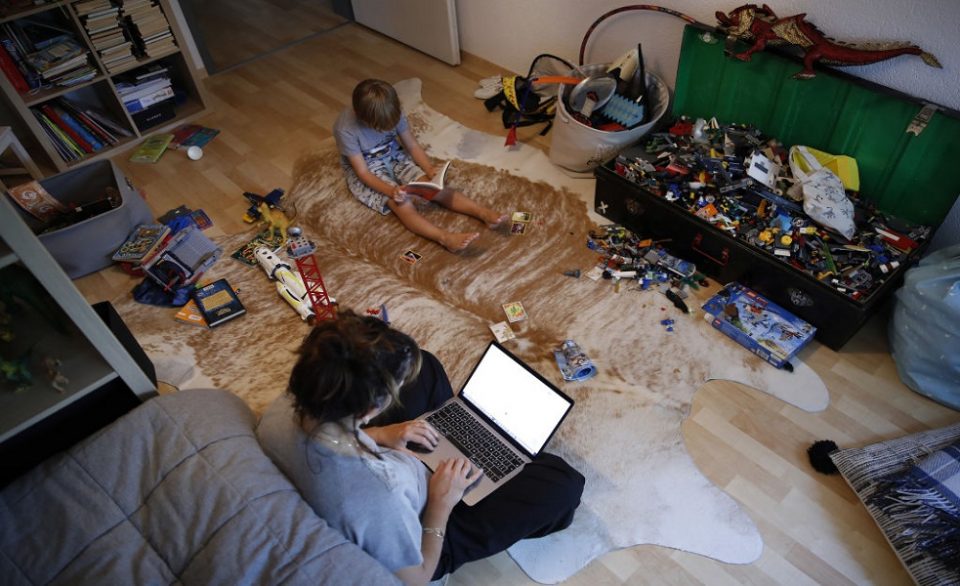 Women have been making progress for years, but at a glacial pace. Year after year, I see the same bleak numbers: the more or less stagnant percentages of women in senior management, on boards, in finance, in tech, in investing.

However, Covid-19 has been a catalyst and change accelerator in many areas, and while its burdens have fallen disproportionately on women, the pandemic’s effects have not been entirely negative.

Indeed, across four important spaces, it has catapulted women as a whole into dramatically better situations.

“Consider this: since 2016, US companies that have gone public with at least one female board director outperformed companies that do not, one year post-IPO [initial public offering]. But in addition to the real commercial benefits, it’s clear that changing the stereotypes associated with corporate decision-making will have many positive effects for society.”

This is why he announced that as of 1 July 2020, Goldman Sachs will only take US and European companies public if there is “at least one diverse board candidate, with a focus on women”. With effect from this year, the company will raise this target to two diverse candidates.

“Among the many profound changes ushered in by the pandemic has been a renewed focus on social issues… {…}… Ignited by public outrage over the killing of George Floyd by police and fuelled by many examples of the mistreatment of minorities, there has been a strong drive to address the impediments, both express and hidden, to the advancement of underrepresented communities to leadership positions in organisations.”

Nasdaq, the US stock exchange, is also putting its money where its mouth is: it filed a proposal with the US Securities and Exchange Commission (SEC) on 1 December to adopt new listing rules related to board diversity and disclosure.

I first learned about gender lens investing when I interviewed Dr Joy Anderson, founder and president of the Criterion Institute, a think-tank focused on using finance as a tool for social change.

“In the future, what if we could ‘go long’ on women’s economic participation? Historically, the financial industry has developed without many women involved and in turn women’s rights studies didn’t spend time on looking at finance as a tool for social change. We need to move from counting to valuing. How does gender analysis matter in financial analysis? This creates a whole new set of possibilities. What if understanding gender better made you a better analyst? We will see a revaluing of gender and a transformation of the existing perspective on the importance of diversity – it takes time to build a market.”

Rich Thinking® white paper ‘The Future of Women and Finance’

The number of gender lens funds is growing significantly. The Project Sage 3.0 report from Catalyst at Large and the Wharton Social Impact Initiative (WSII) counted 138 funds investing capital through a gender lens, a nearly 59% increase from the 87 funds in Project Sage 2.0 in 2019.

The geographical diversity of gender lens funds is moving in the right direction, according to the authors Sandi M. Hunt and Suzanne Biegel: “In the original 2017 Project Sage, approximately 80% of reported investments were US-focused. Now, Project Sage 3.0 showed that 38.1% reported North America as their investment target geography (this does not include the global funds). This demonstrates an increase in the diversity of targeted investment geography, with significant focus on regions including Asia, sub-Saharan Africa and Latin America.”

“Historically, there are too few women in tech (about 25% in the US and 22% in Sweden), and the number is growing less than half a per cent annually.”

The work from home (WFH) arrangement is one of the biggest pandemic-driven global phenomena. Ericsson vice-president Jenny Lindqvist believes that WFH could lead to transformative change for women in tech:

“Could the wider acceptance and adoption of remote working get more women to build a career in technology? Whilst it doesn’t eradicate the barriers between women and the sector, it might be, at the very least, a step in the right direction. For women previously struggling to access more senior roles in ICT due to commitments at home, perhaps greater working flexibility could be exactly what they need.” – Jenny Lindqvist, for ericsson.com

We don’t yet have enough post-pandemic data, but I agree with Stewart and Pretorius’s hypothesis:

“If work from home makes the industry less female-unfriendly around work-life balance and harassment, retention will improve. And if applications and hiring go up in response to social movements, we will see gains across all parts of the pipeline at the same time… which will translate into double-digit gains in applications, hires and leaders.”

Historically, about 60% of US men invested in stocks compared with only 40% of women. But this gender gap has shrunk considerably. According to Gallup data from March-April 2020, 58% of men and 52% of women own stocks.

We don’t yet have more recent data, however, there is a compelling post-pandemic trend in place that aligns with my own predictions around the rising popularity of online investing for women and the impact this will have on closing the retail investing gap.

In ‘The Equality Equation: Three Reasons why the Gender Investing Gap is Closing’, from May 2019, I discussed the idea that all financial institutions were becoming more and more interested in technologies that accelerate our ability to understand women’s investment behaviours.

In ‘She’s the Boss of Her Money: Four Trends in Women’s Online Investing’, from April 2020, I focused on the momentum behind different fintech forums that appeal to women around the world.

Just last month the Financial Times reported that women are signing up to investment platforms at faster rates than men: “The lockdown period has reduced spending, increased savings and expanded the amount of time women have to think about financial planning.”

Fingers crossed for more progress in 2021

Most of us were glad to say goodbye to last year. But the news wasn’t universally bad. We should celebrate these four Covid catapults and the progress women have made – and hope for more during 2021.

By Barbara Stewart, CFA, researcher and author on the issue of women and finance.