Countdown to Brexit: What Boris Johnson must do in his first 100 days as Prime Minister 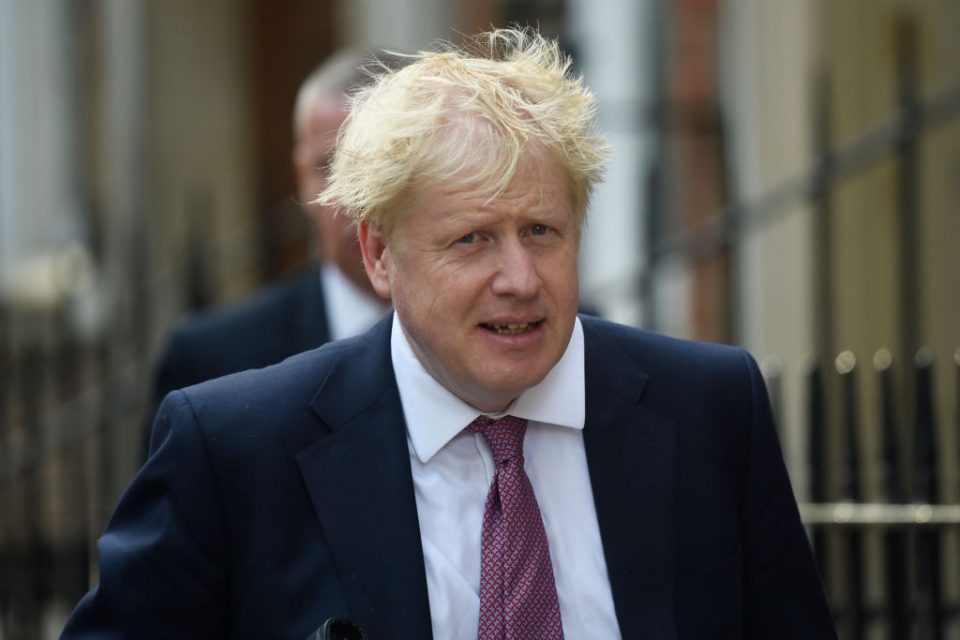 The political world has thrown up some unexpected events in recent years, but Boris Johnson failing to win the Conservative leadership contest today would surely top the lot.

The former foreign secretary has been the favourite to succeed Theresa May even before she announced her resignation, and today the election results showed he won with 66 per cent of the vote over rival Jeremy Hunt.

After taking part in her final Prime Minister’s Questions on Wednesday, she will deliver a short speech in Downing Street before going to visit the Queen to officially resign.

Johnson will then be summoned to Buckingham Palace, before he travels to Downing Street to give his own address outside the famous black door of Number 10.

Having finally achieved his goal of becoming Prime Minister, Johnson will face possibly the toughest set of challengers any incomer to that job has encountered, with a threadbare majority in parliament and his party deeply split over Brexit. Rebel Tories are lining up to make life difficult for him.

Who he picks to sit in his cabinet will be key if he is to survive the first few months as party leader without being forced into a general election.

Who will Boris Johnson pick to serve in his cabinet?

With Johnson advocating an emergency budget within the first 100 days of taking office if faced with a no-deal Brexit, whoever is appointed chancellor will have to hit the ground running.

Home Secretary Sajid Javid is the person thought to be in the lead to replace Philip Hammond in the Treasury.

A background in the City and an unshowey persona would make him a perfect foil for Johnson, who is more comfortable with speeches than spreadsheets.

Javid as Chancellor would free up the position of home secretary, and with Johnson under pressure to ensure one of the great offices of state goes to a woman, it could be here that a female supporter is allocated a post.

Priti Patel fits the bill, or even Andrea Leadsom – who announced her backing for Johnson’s campaign after her own tilt at the top job fell at the first hurdle.

Amber Rudd, who held the position for two years from 2016, is being mooted as a possible candidate given her recent backtracking of opposition to a no deal Brexit, but it is unlikely Johnson will promote a Hunt backer when he has a raft of his own supporters to reward.

However, Hunt’s role in Johnson’s cabinet is most likely to be the same as his job in Theresa May’s, with him staying as foreign secretary.

With the UK engaged in diplomatic bust-ups with China, the US and Iran, keeping Hunt in his place would provide some much needed stability and allow Johnson to claim he is focused on unifying the party after a torrid few years.

Read more: Why Boris should put Liz Truss in charge of the Treasury

Other names in the running for cabinet posts include former leader Iain Duncan Smith and two former defence secretaries: Gavin Williamson and Michael Fallon. All have experience at the top of government and would be perceived as being able to hit the ground running.

With more than half of the parliamentary party ultimately backing Johnson in the final ballot of MPs, many will be watching their phones keenly on Wednesday evening and Thursday morning to see if they have landed a job.

As one current minister told City AM: “This is the moment when all those people who enthusiastically threw their lot in with Boris will be looking to see if they have been rewarded – and some will be left disappointed.”

Can Boris beat his backbench rebels?

Johnson’s success as Prime Minister depends not just on those in the cabinet, but those on the backbenches as well. The pro-EU awkward squad of Justine Greening, Phillip Lee and Sam Gyimah will see its numbers swell on Wednesday afternoon with the arrival of a slew of anti-no deal former cabinet ministers.

Philip Hammond, David Gauke, Rory Stewart and even Theresa May herself could make life very difficult for Johnson, and will no doubt appreciate the irony that they are the ones now frustrating the government’s Brexit plan.

The timing of fresh Brexit talks is crucial

With his top team assembled, Johnson will have to decide when to start reengaging with the European Union.

While the EU – like the UK parliament – will be on a summer break almost as soon as Johnson takes over, the new Prime Minister could seek a meeting with chief negotiator Michel Barnier or another Brussels’ figure sooner rather than later to emphasise the need for negotiations to reopen.

Alternatively, the new government could spend the summer trying to build a viable coalition in parliament to ensure it does not face the same block on a deal as May’s administration before engaging with Brussels

“There’s a big advantage in being responsible in this and that’s very important,” he said, adding: “Going early creates a good impression.”

However, it is important that while talks with Brussels are reopened, the UK government continues to countenance leaving the EU without an agreement on 31 October – and Davis believes the responsibility for that resides with the new chancellor.

“We need to be doing a lot of preparation for no deal,” said Davis, as he called for the new chancellor to produce two separate budgets considering both possibilities. “The treasury has to learn to walk and chew gum at the same time; they have to learn to prepare for both outcomes,” he said.

Could housing secure Boris a legacy?

Brexit will of course dominate Johnson’s in-tray, but the escalation in hostilities with Iran also looms large on the agenda. He may use this as the perfect justification to keep Penny Mordaunt as defence secretary, arguing that – as with Hunt – stability in this position is vital.

On the domestic agenda, the continued roll-out of universal credit is still proving a headache for the government, and there is the small matter of the departmental spending review to conclude. Not to mention power-sharing in Northern Ireland, infrastructure investment and Johnson’s mooted millions to increase police numbers.

Read more: Could Jeremy Hunt have made a better Prime Minister than Boris?

Johnson will be keen to paint his premiership as about more than Brexit (a feat that eluded May) so expect a big announcement on housing – coupled with a focus on that issue at the party’s conference in Manchester – to show that the new government is tackling issues close to home.

As with all Prime Ministers, much will be out of Johnson’s control. If he can survive the unknowns while forging a successful Brexit coalition, he may be able to take a breath by Christmas.