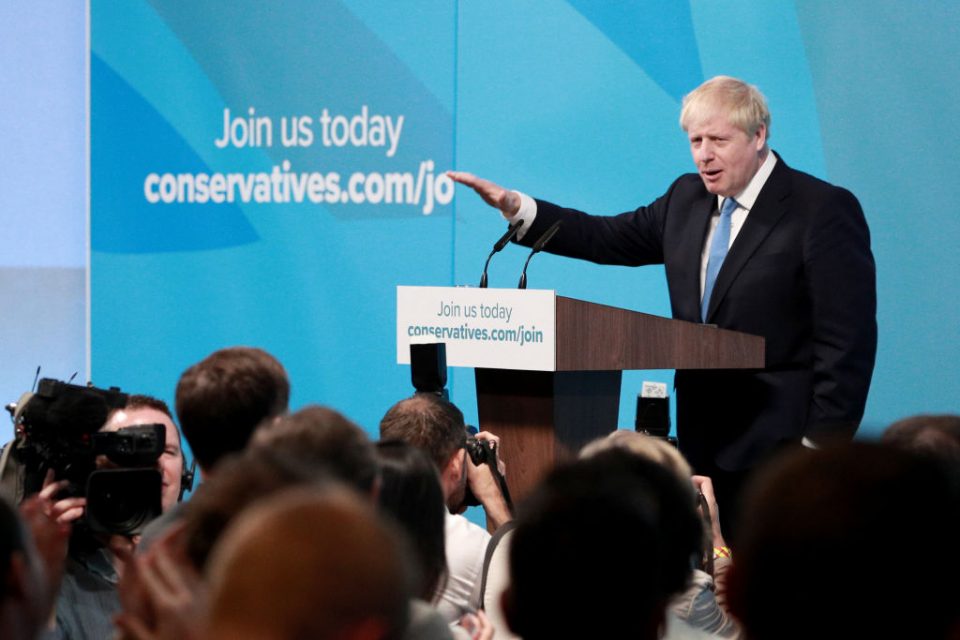 Boris Johnson will become the UK’s next Prime Minister after he overwhelmingly defeated rival Jeremy Hunt in the Tory leadership race.

Read more: Boris Johnson’s to do list in his first 100 days as Prime Minister

The former mayor of London and foreign secretary was expected to win the contest and enjoyed over half of the parliamentary party’s support.

Johnson said his objective was to “deliver Brexit, unite the country and defeat Jeremy Corbyn”.

“And that is what we are going to do,” he added.

Sterling fell 0.14 per cent against the dollar before climbing up to stand only marginally down at 1.2471.

Johnson is expected to be officially appointed Prime Minister after Theresa May hands in her resignation to the Queen at Buckingham Palace tomorrow.

US President Donald Trump was quick to congratulate Johnson on his victory, tweeting: “Congratulations to Boris Johnson on becoming the new Prime Minister of the United Kingdom. He will be great!”

However, the Brexiter will be greeted with a raft of resignations from current ministers who have already signalled an unwillingness to serve in his government.

They are opposed to his pledge to take Britain out of the EU “come what may, do or die” on the 31 October deadline.

Philip Hammond, the chancellor, and David Gauke, the justice secretary, confirmed over the weekend that they will quit in order to join attempts to block a no-deal Brexit from the backbenches.

On Johnson’s desk are a list of challenges that ultimately ended the tenure of his predecessor.

He will either have to embark on a charm offensive across EU capitals to get leaders to change the withdrawal agreement – and the Irish backstop in particular – that proved so unpalatable with parliament.

Failing that, he will have to convince MPs to back the existing agreement that was voted down three times, or rally them behind a no-deal Brexit.

The EU’s time and patience are running out for the first option, and the alternatives will be incredibly difficult given there are factions in parliament that are adamantly opposed to leaving with a deal and hell bent on opposing no deal.

With a working majority of just two, Johnson’s renowned skills for persuasion are about to be put to the test.

But Johnson doubled down on his position in his victory speech today, telling fellow Conservatives: “Do you look daunted? Do you feel daunted? I don’t think you look remotely daunted to me.