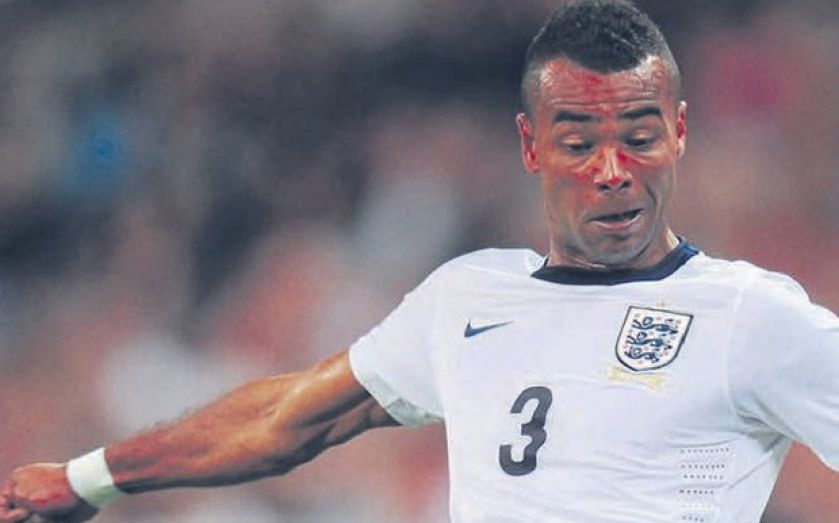 ENGLAND manager Roy Hodgson must prepare his side for their most important qualifying matches in six years without their joint-most experienced squad member Ashley Cole, who was forced to withdraw last night because of a rib problem.

Cole, winner of 105 international caps, underwent a scan yesterday on the injury suffered during the second-half of Chelsea’s 3-1 win at Norwich City on Sunday.

In-form Arsenal left-back Kieran Gibbs has been added to the squad in Cole’s place. But the 24-year-old, whose last England appearance came in a friendly defeat to France three years ago, is likely to be on the bench with highly-rated Everton defender Leighton Baines, who has won 19 England caps, expected to deputise at Wembley.

Cole will return to Chelsea’s Cobham-based training facility for treatment, but could still be available for next week’s final World Cup qualifier against Poland.

An FA statement confirmed: “After naming a 23-man group for games against Montenegro and Poland last Thursday only Chelsea defender Ashley Cole didn’t report and has withdrawn from the squad due to injury.

“Cole will be unavailable for the meeting with Montenegro at Wembley on Friday, remaining with his club for further treatment.

“Arsenal defender Kieran Gibbs has been added to Hodgson’s squad.”

The midfielder was photographed smoking outside a London nightclub on Thursday morning, in the aftermath of his team’s Champions League win over Napoli and was roundly criticised. But Wilshere kept his place in the Arsenal team and scored the equaliser in the Premier League leaders’ 1-1 draw at West Brom on Sunday, having been called before manager Arsene Wenger to give his version of events. The 21-year-old has since vowed not to smoke again.

“Players make mistakes,” said Wilshere. “I spoke with the boss and he asked me what happened. I explained to him and we sorted it out. “I am not a smoker so I think that will be my last.”