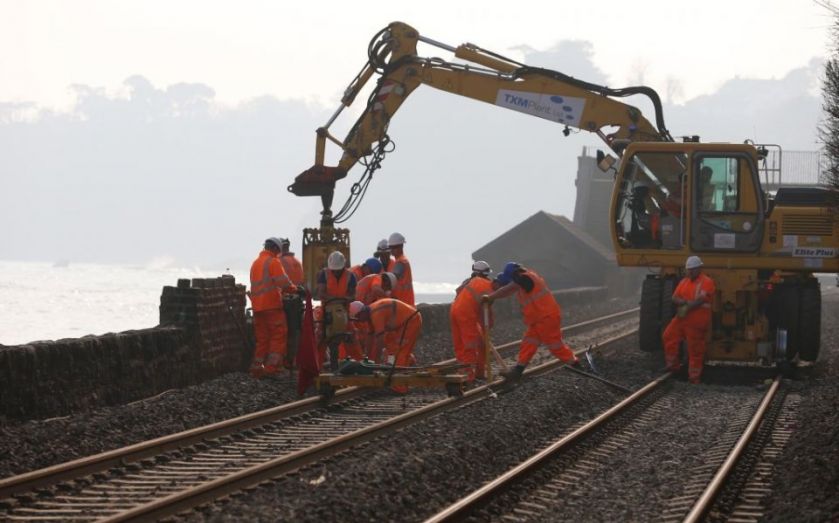 Scenic train rides along Britain's coastline could soon come to an abrupt halt, an expert on climate change has warned.

Professor Robert Duck from the University of Dundee told The Guardian that hundreds of miles of coastal tracks are now vulnerable to being ruined by waves, landslides and storms caused by climate change.
Parts of Wales, Cumbria and Devon are among the places that could be affected, including a route carrying nuclear waste to Sellafield in Cumbria.
The impacts have already become apparent – in 2014, three lines had to close after being damaged. At Dawlish in Devon, a wave left a track hanging in mid-air.
“Much of our coast has railway lines at the edge forming the first line of defence from the sea. This leads to spectacular scenery for passengers to enjoy but increasing difficulties for franchise operators and government,” he said, adding that many hard engineering solutions were becoming too expensive.
“The time will come when we have to look at alternatives, building inland diversions and re-opening long-closed lines as a way of ensuring that we do not cut off communities,” he continued.
National Rail, which maintains the railways, acknowledged the coastal lines' vulnerability. “That’s why we spend millions each year protecting the railway from nature’s worst attacks,” a company spokeswoman said.