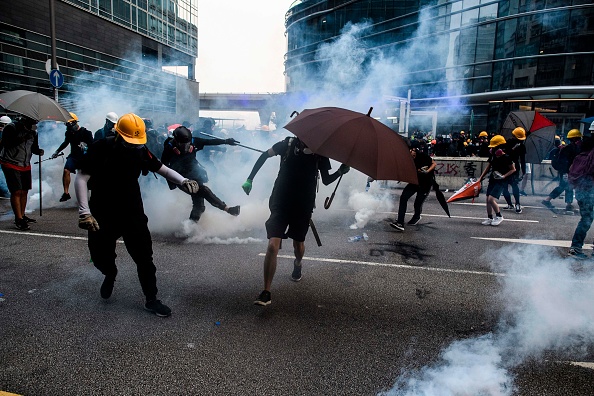 China’s foreign ministry has said that Beijing is “resolutely opposed” to a statement issued from the G7 summit that referred to the ongoing political protests in Hong Kong.

The statement, issued by France at the end of the summit, said the G7 group of countries “reaffirms the existence and importance of the Sino-British Joint Declaration of 1984 on Hong Kong and calls for violence to be avoided”.

Foreign ministry spokesman Geng Shuang said during a press briefing this morning that China is “strongly dissatisfied and resolutely opposed” to the G7 “making thoughtless remarks and gesticulating” about Hong Kong matters.

“The G7 nations all want to support a stable and prosperous Hong Kong and we remain collectively committed to the one country, two systems framework,” Johnson added.

The Sino-British Joint Declaration established the sovereign and administrative mechanisms that have governed Hong Kong since it ceased to be a British colony in 1997.

Hong Kong is entering its twelfth week of protests, which began when its government proposed the introduction of a bill that would have allowed citizens to be extradited to mainland China.

Protestors believe the bill would have undermined the one country, two systems framework – designed to afford the city some autonomy after it was returned to Chinese control.