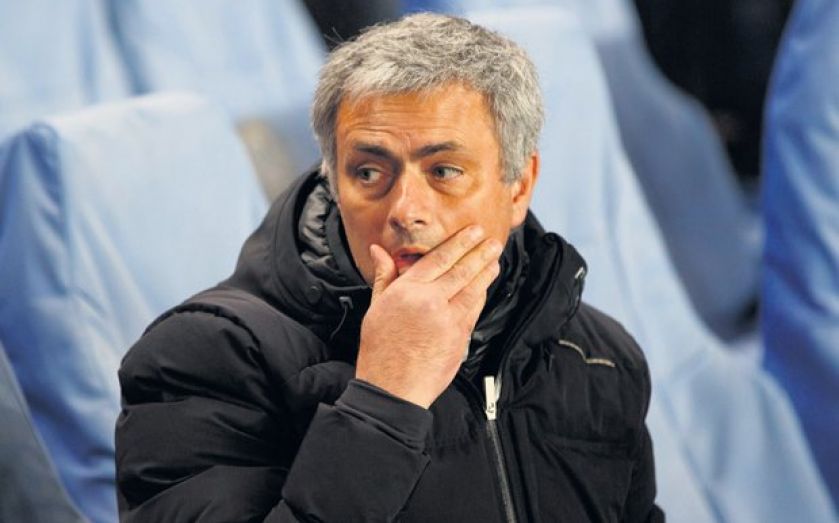 Following the Blues’ 3-1 first-leg defeat in Paris last week, Mourinho voiced concerns about whether his team were capable of scoring the goals required at Stamford Bridge to win their quarter-final.

PSG are in the midst of a club record 11 consecutive victories, but Mourinho is adamant that with the right mentality his side can come out on top.

“I believe and my players believe. That’s the most important thing,” said Mourinho, who has won the Champions League as manager of Porto and Inter Milan.

“We have to enjoy the risk of the situation. If Paris are knocked out it will be a big disappointment for them, if we are knocked out then it is something that a lot of people are expecting.

Midfielders Mohamed Salah and Nemanja Matic are ineligible to play in the Champions League, while Ramires serves a one-match ban.

Striker Samuel Eto’o trained alone yesterday as he continues to recover from a hamstring injury suffered against Arsenal two weeks ago, but could start ahead of Fernando Torres, who has scored one goal in his last 12 games.

“I don’t think he [Eto’o] is fit, fit,” added Mourinho. “But to play, maybe. We are not crying. The fact a multi-million pound club that buys players does not have an important player like [Zlatan] Ibrahimovic, I don’t think it’s a problem.”

PSG will be without striker Zlatan Ibrahimovic, who suffered a hamstring injury in the first leg.

Manager Laurent Blanc is expecting an intense start from Chelsea, but will not “park the bus” in order to preserve their first-leg advantage.

“We are potentially going to have some issues in the first 20 minutes,” he said. “Chelsea are going to come out at us. We can’t just be content with sitting back and letting Chelsea come on to us.

“We’ve not come here to have Chelsea dictate the game and dominate us. The best way to play, and the best approach to take, is to have the ball and create chances.”