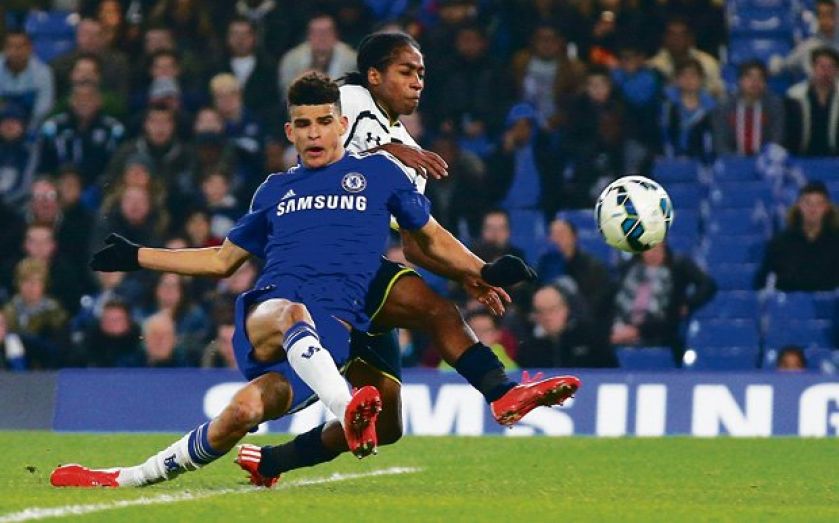 CHELSEA’S pursuit of silverware is not the sole preserve of senior stars at their Cobham training complex and on Monday evening the latest Stamford Bridge prodigies will look to take the final step on a well-trodden path.

The club’s under-18 side hold a commanding 3-1 lead in the FA Youth Cup final with Manchester City ahead of the second leg, having dispatched their counterparts and fellow Premier League heavyweights on their own turf earlier this week.

Chelsea have pedigree in the competition: their young guns are contesting the final for the sixth time in eight years, with three victories so far in that time, and will bid to repeat the success of their under-19 team, which secured the Uefa Youth League this month.

Perhaps the major chink in the Chelsea armour since the billion-pound Roman Abramovich revolution is the lack of accession from academy to first team of home-grown and nurtured talent.

But while that particular axe has hinted at grinding less this season, the pressure to emulate their predecessors remains a driving force to ensure the latest conveyor belt of gifted individuals is ready should the call from Jose Mourinho arrive.

“We obviously know it is difficult to get players into our first-team squad,” under-18 manager Joe Edwards told City A.M. “But that remains the aim, and to do that you’re talking about creating winners. If you’re going to be a player in Chelsea’s first team you’re talking about FA Cup semis and finals and the Champions League knockout stages every season.

“Every game you go into the priority is to win. I don’t think there is any problem whatsoever in the lads going out there knowing they are under pressure to emulate previous groups and win. People talk about the difference between development and the senior game, and developing into winners is a big part of that.”

The prolific Dominic Solanke has scored 35 goals this season, including once in the first leg of the final, and was handed a spot on the bench for Chelsea’s Premier League victory over Manchester United last weekend.

The 17-year-old has been touted for further involvement against Arsenal on Sunday, which follows fellow attacker Izzy Brown being named amongst the substitutes against Queens Park Rangers earlier this month.

Mourinho has already promised to promote a handful of Chelsea’s top academy players from a so-called golden class next term, challenging the next generation to disprove suggestions that a glass ceiling in Chelsea development exists.

“The boys who have been on the bench, that’s what everybody sees. But not everyone sees that yesterday we had Charlie Colkett, Charly Musonda and Jake Clarke-Salter training with the first team,” added Edwards.

“We want to win the Youth Cup but we don’t want everything to be solely focused on the youth team.

“Our boys don’t always get out on the pitch at Stamford Bridge in the Premier League, but they do a lot with the first-team squad training-wise and the more they get a taste of it, the bigger the lift it gives. If you’re playing alongside [Eden] Hazard and [Cesc] Fabregas, when you come back to playing youth team football you will feel better for it.”

Mourinho has already identified teenage midfielder Ruben Loftus-Cheek, who made his first-team debut in the Champions League in December, as a player he intends to pluck from the development process.

Chelsea skipper John Terry was the last player to emerge from the academy to establish himself as a first-team regular, and remains the inspiration for the club’s entire development system.

“To get local, homegrown boys that have grown up here and are English from the academy to the first team, that’s a bonus. You look at what John Terry gives the club, and if we could recreate that it would be brilliant.”.

Tickets for Chelsea’s FA Youth Cup final second leg against Manchester City at Stamford Bridge on Monday are £5 for adults and £3 for juniors/seniors. They are available from the club’s website and call centre or in person from the box office.