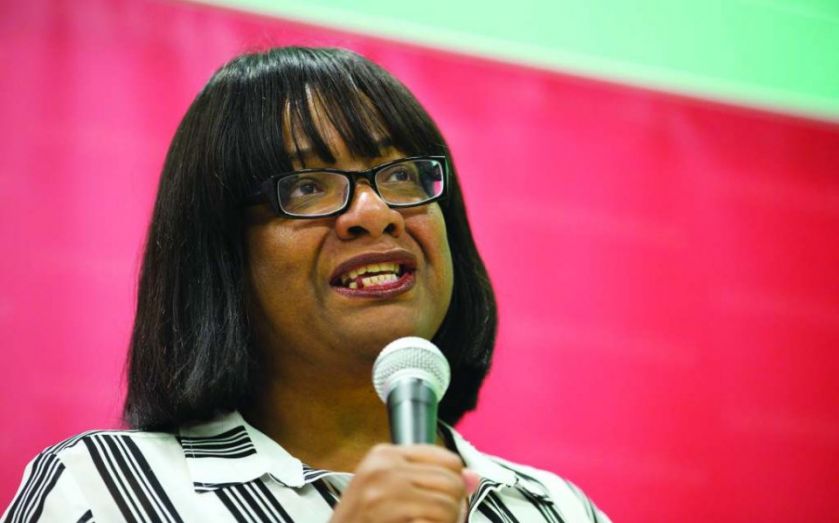 Diane Abbott may be Labour’s most left-wing hopeful for mayor of London, but the longtime MP for Hackney North and Stoke Newington insists that she is not campaigning to become the next Ken Livingstone. “I’m not the second coming of Ken Livingstone,” Abbott told City A.M. yesterday in her Portcullis House office. “Different gender for one,” she laughed, before striking a more serious tone: “I would share Ken’s willingness to stand up and speak for Londoners.” In a wide-ranging interview, Abbott took a swipe at former Labour leader Ed Miliband, insisted that voters are looking for “authentic” political leaders, and even likened herself to her frequent political foe, Boris Johnson. Abbott said that despite the political differences between her, Livingstone, and his successor Johnson, she believes they share certain qualities. “If you look at Ken, if you look at Boris, they are completely different, and I am completely different from Boris,” Abbott said. “But you know what all three of us have in common? “The voters regard us as genuinely independent,” she said, adding: “What [voters] are actually looking for is someone who is genuinely independent.” Abbott told City A.M. that her independence and visibility among voters would help her to beat not only Labour opponents, but also a Tory such as Richmond Park MP Zac Goldsmith. “It is not that every single person agrees with everything [I] say, but they recognise that I am an authentic person,” Abbott said, adding: “[I am] someone they know, [I am] someone they’ve seen in their living room, whether it’s talking about politics or doing Come Dine With Me.” Abbott also repeatedly used the word “authentic” to describe her friend and the front-runner in the Labour leadership contest, the hard-left Islington North MP Jeremy Corbyn. In a mis-step last month, Abbott sent a text, allegedly from Corbyn, to Labour supporters, saying that he wanted her to be the party’s mayoral candidate which Corbyn’s camp later rejected. But Abbott still insists that she is “more closely aligned” with Corbyn than any of the other mayoral candidates. When asked if Corbyn could lead Labour to victory in the next General Election, Abbott dismissed a recent ComRes poll showing voters perceive Corbyn as the least likely of the four candidates to get the party into government. Instead, she told City A.M.: “The thing about Jeremy is that he comes across as authentic. What we know about voters now, is that it is not even a left-or-right thing. They want politicians that they feel are authentic.” Comparing Corbyn to the man he is campaigning to succeed, Abbott added: “There is no question that Jeremy comes over as a more authentic politician than Ed Miliband.” Pointing to Miliband’s early career as a special adviser, Abbott added that she thought that voters had “had enough” of politicians lacking experience outside of Westminster. Abbott worked as a journalist and press officer before being elected as an MP in 1987. But CVs aside, it remains to be seen whether Abbott – or Corbyn – can woo the wider public with a slate of hard-left policy proposals. Abbott told City A.M. that in addition to encouraging more social housing and looking to install rent caps, as mayor she would lobby the government to impose “more fiscal penalties” on “people who buy properties in London and leave them empty.” Saying that such buyers are using investment properties “like a gold brick”, Abbott argued that their buying patterns are “driving up the prices for everybody else”. Abbott also blamed ongoing disputes between Tube drivers and Transport for London on Johnson, saying that the mayor has been “unnecessarily aggressive and provocative” with the unions. Abbott has promised to set up an office within City Hall to address union concerns, and said yesterday that she believed while voters have found recent Tube strikes “stressful”, they “understand the principles of industrial action” – another example of what she said was the left “reflect[ing] what ordinary Labour party members think.”