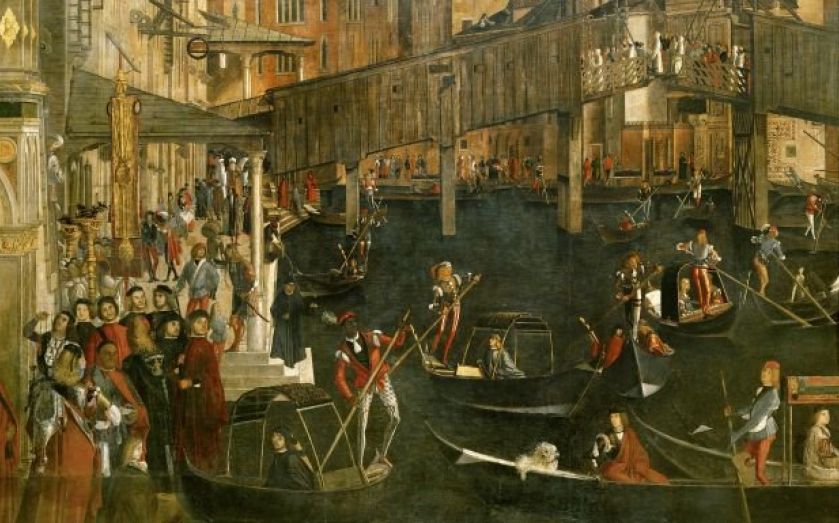 In 1348, the Black Death arrived in Venice from Sicily. From there it travelled across most of Europe and ultimately killed off an estimated 45 per cent of the population.
Spread by a simple flea bite, it turned out to be one of the most devastating pandemics in human history.
Venice, the hub of many trade routes into central Europe, became a prime location for transmission of the disease as people from all countries in the region met and exchanged goods. Yet Venice continued to flourish while much of the rest of Italy and the surrounding nations fell hard at the hands of the disease.
Why? “Resilience management”, according to Dr Igor Linkov of the US Army Engineer Research and Development Centre.
In an article published in the Journal Environment Systems and Decisions, he argues the way in which they managed physical movement and social interactions proved an effective means of containing the disease, and that emulating their activities in a modern-day setting could provide a long-term solution to the Ebola epidemic currently spreading through West Africa.
Instead of trying to target a poorly understood risk, state authorities created a city system of data collection, inspection, lazaretto (quarantine stations) on nearby islands, quarantine periods, and – crucially – protective clothing.
Linkov explains the measures, while not targeting the disease directly, spanned across the social, economic and transportation networks of the city. The heavy involvement of officials and doctors eventually slowed and arguably stopped the spread of the disease, resulting in one of the earliest examples of resilience management.
According to Linkov, the strategy improves a complex system’s ability to prepare, absorb, recover, and adapt to unexpected threats and does so by addressing the capabilities at a system, rather than component, level.
Although the effects of these actions were not immediate enough to prevent the overall devastation of the disease across Europe, the cumulative efforts allowed Venice to cope while Greece and much of southern Europe were completely ravaged by the disease.
It is true that current scientific understanding brings us much closer to taking direct action against diseases rather than having to resort to means of mitigation alone, but we still have no definitive way of tackling Ebola; a number of treatments are under development but nothing has been shown to stop the disease once and for all.
Indeed, earlier this month the World Health Organisation (WHO) described the current crisis as “vastly underestimated”, and there is fear it could spread beyond the four countries currently afflicted: Guinea, Liberia, Sierra Leone and Nigeria.
Linkov and his colleagues see opportunities to learn from the Venetians in resilience management. "Resilience management can be a guide to dealing with the current Ebola outbreak in Africa, and others like it, as well as other issues like population growth and the impacts of global climate change," he says.
"Similar to what the officials of Venice did centuries ago, approaching resilience at the system level provides a way to deal with the unknown and unquantifiable threats we are facing at an increasing frequency."
Ebola in the wider context
The current Ebola epidemic started in February this year, and has since established itself in four West Africa countries. According to figures from the World Health Organisation it has so far killed 844 people; 53 per cent of those infected.
In the case of the Black Death, within just two years it had spread across most of Europe, the Middle East and some of Asia, killing as many as 200m people.
The more recent Spanish Flu pandemic of 1918-1920, meanwhile, took just one year to spread to every continent in the world and ultimately wiped out an estimated 75m people.
As can be seen from the graph above, the number of cases and deaths of Ebola to date are too low to even be compared to either the Black Death or the Spanish Flu pandemics. While the mortality rate of Ebola is high at 53 per cent, the current statistics provide little evidence it could ever reach the scale of the worst pandemics to have hit humankind.