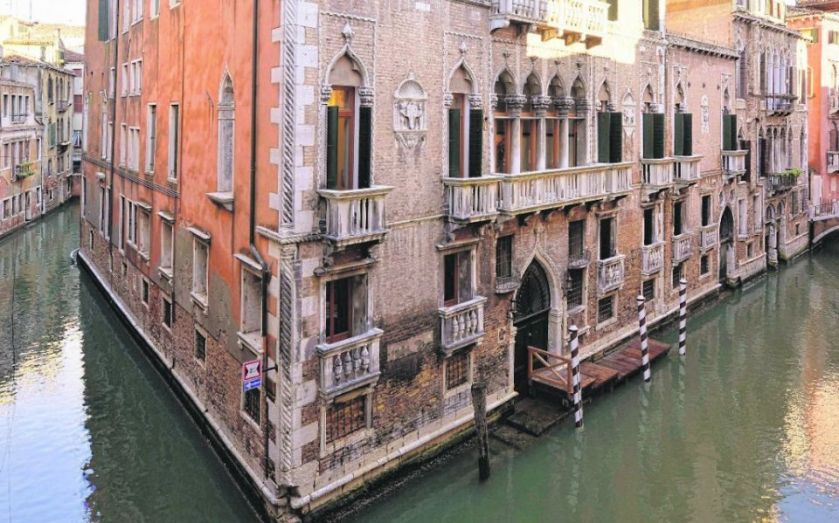 Two months ago, Paris was overshadowed as the romance capital of the world by Venice. This had everything to do with George Clooney, Hollywood’s smoothest eternal bachelor, choosing the city to host his wedding to British human rights barrister Amal Alamuddin. The world’s media swooped on the waterlogged cultural hotspot and it received some priceless publicity as a result. But with a healthy tourist market of over 20m visitors per year, did the event really have much of an impact?
“There has been a massive Clooney effect,” said Ann-Marie Doyle, head of the Venice office of Sotheby’s International Realty. “It was such a lovely occasion – two people falling in love – and it really showed Venice off as a fantastic city. The guy who runs Ristorante Da Ivo, where George spent the evening before the wedding, told me he’s had so much attention, even people calling him from Shanghai.”

George Clooney and Amal Alamuddin stand on a taxi boat on the Grand Canal (Source: Getty)

The Palazzo Molin del Cuoridoro is a 15th century palace with an original Gothic Fiorito facade on the Barcaroli canal that now houses a collection of 18 prime residential apartments. Listed by the Belle Arti to preserve its classic Venetian architecture, the exterior is as stunning as it must have been when Wolfgang Amadeus Mozart stayed there in 1771 (it is thought he took inspiration for the character of Don Giovanni from its eccentric owner Count Franceso Falletti Castelmar). But the inside has been entirely transformed for modern living, featuring marble bathrooms, air conditioning and water taxis on request.
Strict planning regulations have made the Palazzo Molin something of a rarity in Venice. While there are plenty of historical buildings, it’s not easy to find whole properties to work with that have been completely restored, and there’s a lack of top quality apartments for the international market as a result. It’s not surprising therefore that one third of the homes have sold only two months after completion. These have gone largely to Brits and the French, according to Doyle.

The master bedroom suite in one of the apartments

“Being a city, there’s always something going on,” she continues, “it’s only two hours away; and you’re guaranteed to be able to lease it out when you’re not there.” The huge holiday rental market has very few low periods throughout the year and strong yields of around five per cent. And if those figures don’t make you fall in love with the world’s new capital of romance, we don’t know what will.
Call Sotheby’s International Realty Venice on +39 041 522 0093 or visit palazzomolin.com.
Share