Call of the Wild review: A heartwarming trek through the uncanny valley 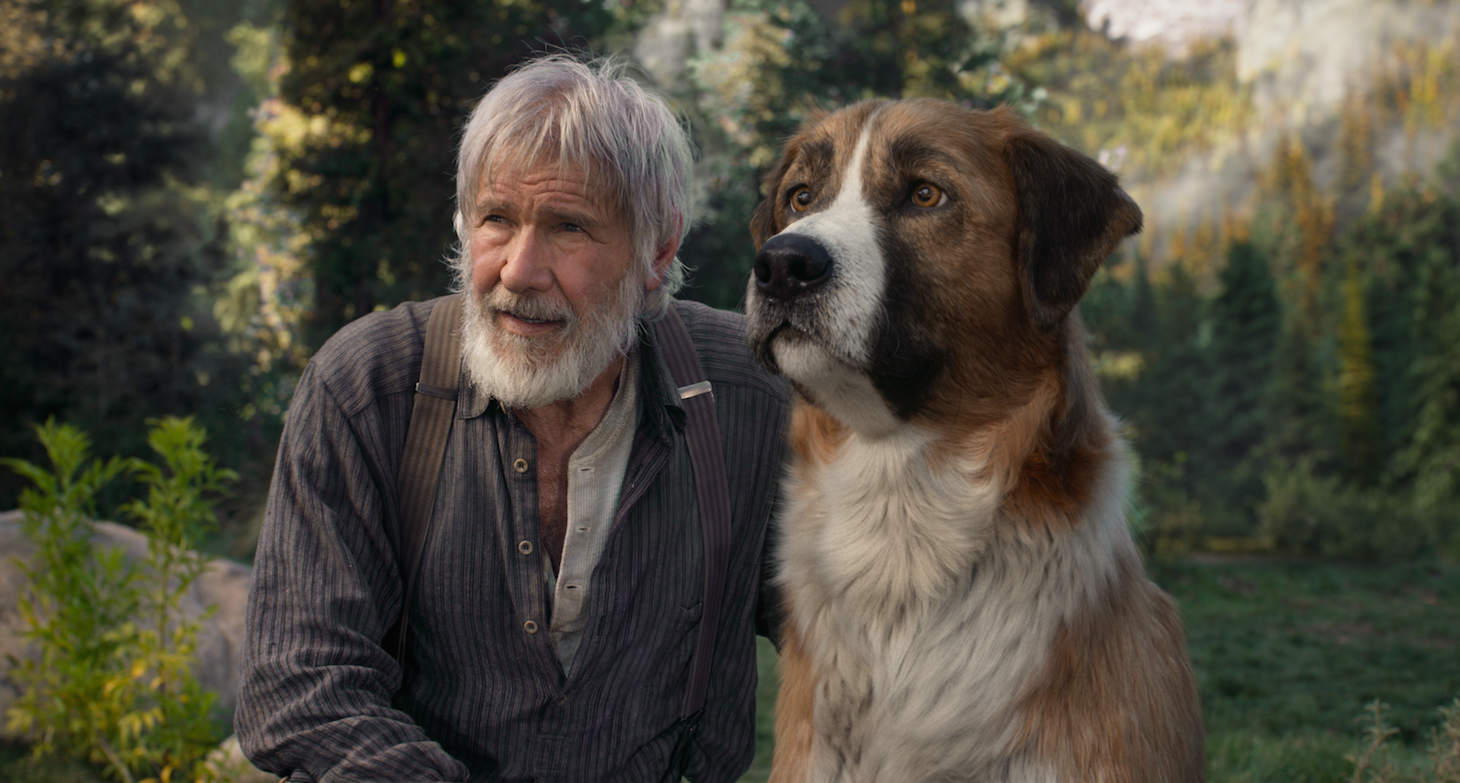 Throughout his acting career, Harrison Ford has built a reputation for acting alongside large hairy things, whether they be a Wookiee copilot or Sean Connery at peak beard.

Now the man stars alongside Buck, a sled dog made not of flesh and bone but a veil of polygons, generated by powerful graphics processors and wrapped around an unfortunate mo-cap actor dressed in a morphsuit and decorated with ping-pong balls. What an incredible time to be alive.

The latest film adaptation of Jack London’s 1903 classic – about a dog who discovers his intrepid canine spirit in the great outdoors – Call of the Wild is as much a trip through the uncanny valley as it is across the spectacular frozen Yukon. In stills this cuddly version Buck looks plausible enough, but show this film to an actual dog and it would immediately lose its mind and hurl itself through the nearest window.

Half-real, half-cartoon, Buck starts out life as the pampered St Bernard of a California judge, until he’s one day dognapped and sold off to the Alaskan frontier at the height of the gold rush. There he joins a crew of mail delivering sled dogs led by a Disney-cute French-Canadian couple, learning the meaning of leadership as he faces off against the mean pack leader Spitz. Good times follow bad ones, as each new chapter of Buck’s adventure brings with it hard lessons, very mild peril and tests of character.

By the time Harrison Ford finally shows up – in the role of a grizzled prospector with a broken heart in need of a mending paw – Buck’s grand transformation from spoilt city pooch to canine Jesus is complete. The dog is by now precocious and judgy, hiding Ford’s liquor in a manner that is supposed to appear caring, but comes across as deeply patronising.

Lady and the Tramp rules don’t apply here: Buck and the rest of the animal cast are entirely mute, save for the occasional woof or aroo, leaving the task of enunciating intent to Ford’s constant narration and one-sided conversation. The actor isn’t half as animated as the virtual dog though, delivering a creaky performance that suggests he’s been standing out in the cold too long.

But the relationship between a man and his dog is a guaranteed shortcut to whichever gland makes your throat swell up, and Call of the Wild regularly manages to make you feel as though you’ve swallowed an apple. Despite yourself, and despite the funky looking mutt, this schmaltzy kids’ tale will still yank your heart right out of its socket.