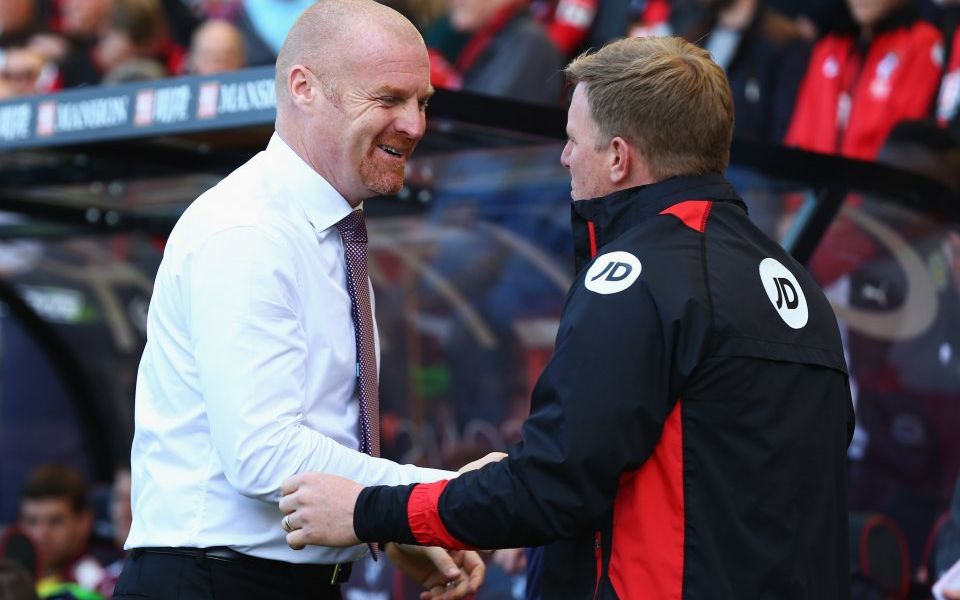 Burnley’s home match against Bournemouth may not jump out as the most appetising in the Premier League this weekend, but look beyond the facade and an interesting sub-plot appears.

The clash at Turf Moor sees two of the smallest, most unfancied, yet well-run and over-achieving clubs in the top flight go head to head. Both are helmed by young – at least in managerial terms – and highly regarded English bosses who have been the leading factor in their recent successes.

Burnley’s Sean Dyche and Bournemouth’s Eddie Howe are the two longest-serving managers in the Premier League and both feature in the Football League’s top five, having been appointed 18 days apart nearly six years ago.

Both managers have earned widespread acclaim, fashioned squads based around a core of homegrown players and achieved two promotions over six seasons with their respective clubs at opposite ends of the country.

Having followed similar upward curves in their recent histories, and despite their geographic location, the two clubs are very familiar with each other. 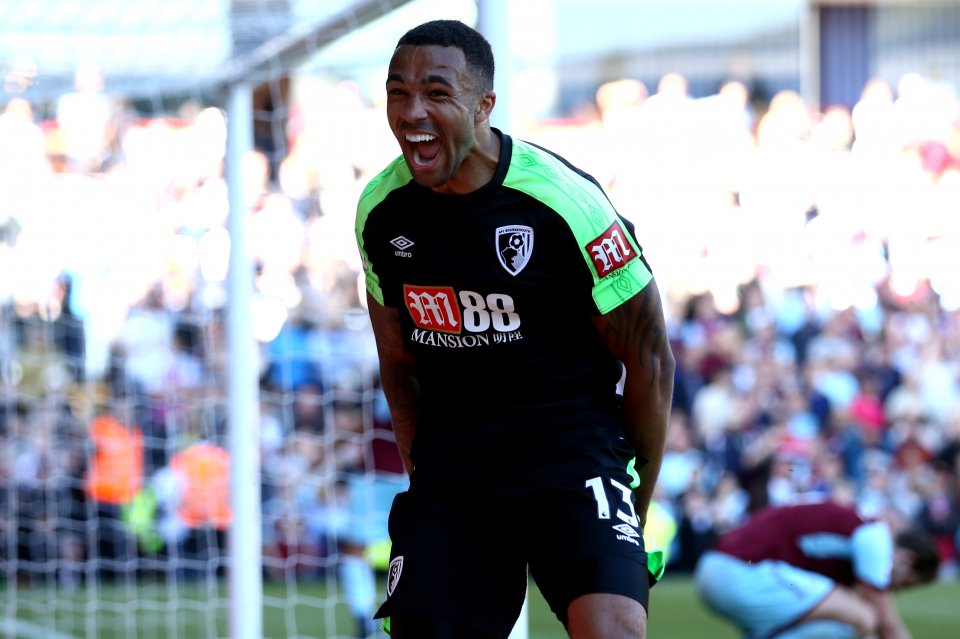 Callum Wilson scored as Bournemouth beat Burnley 2-1 in the final game of the 2017-18 season in May (Source: Getty)

The two sides, two managers and two clubs in general are aspirational examples, frequently and correctly held up for praise. Dyche and Howe aren’t shy in complimenting each other either.

“I think both of us have had success in different ways,” Dyche said in May ahead of their last meeting – a 2-1 win for Bournemouth at Turf Moor. “They have some good players and he continues to get the best out of them. I’m really into development and I’ve got total respect for Eddie, his staff and players.”

“I am not surprised, and you can never be surprised by what Burnley do,” Howe said before Burnley’s 2-1 success at the Vitality Stadium. “They have continually overachieved.”

The good nature between the two is no doubt based on mutual respect and shared success, but also on their crossed paths. Dyche replaced Howe at Burnley in October 2012 after the 34-year-old dropped down a division to rejoin Bournemouth for personal reasons. 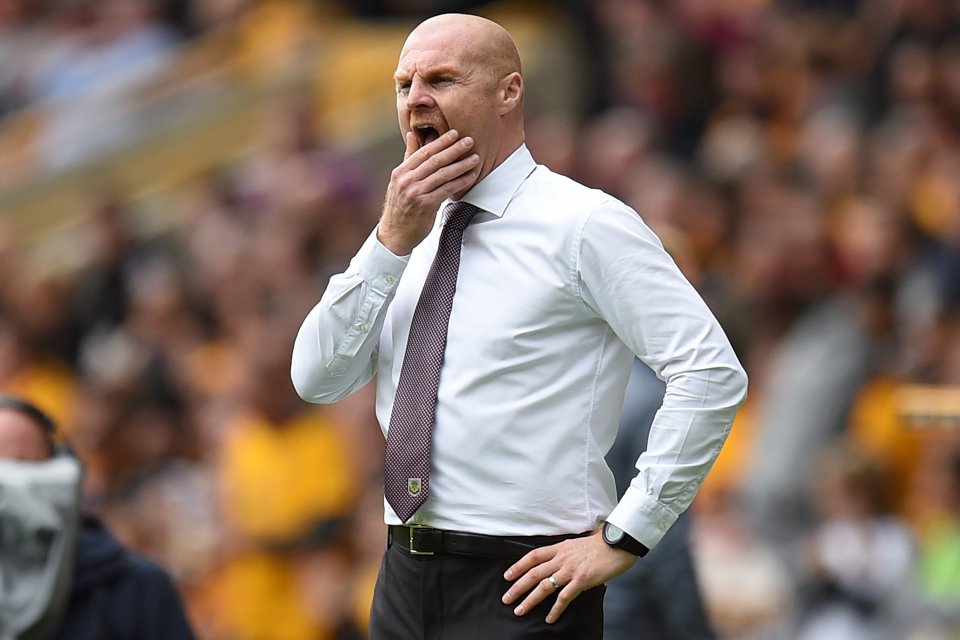 Howe’s decision has worked out nicely for both men – and although it set him back a season in comparison to his successor at Burnley, he’ll arrive in Lancashire on Saturday in a better current state than his opponent, and with thoughts of emulating his achievements.

Intriguingly, the most obvious reason behind Burnley’s poor form and lowly position in the early season Premier League table is likely what Howe is now seeking: entry to the Europa League.

At the start of the season the Europa League had Burnley fans giddy with excitement. The historic club were back competing away from England for the first time in 51 years and rightly savoured the moment.

But by the end of August dreams of a European tour had evaporated in a 4-2 aggregate defeat by Olympiacos and thoughts had returned to domestic business. 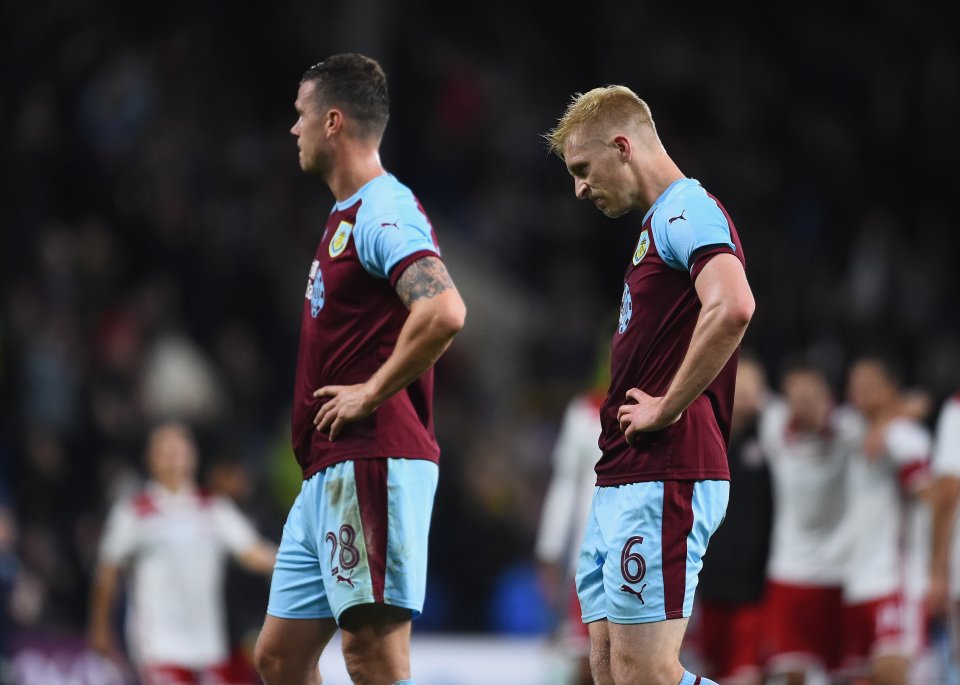 Burnley were knocked out of the Europa League by Olympiacos in August (Source: Getty)

Heading into Saturday's fixture Burnley are bottom and winless after five games with a solitary point, secured on the campaign’s opening day against Southampton.

Following a miserable 1-0 defeat by newly-promoted Wolves last weekend Dyche dismissed the well-established Europa League theory as “an easy story” for his side’s struggles, but the fact remains that he has overseen the club’s worst league start in 91 years.

What were once hallmarks of his side have deserted Burnley. The defence looks brittle, with 10 goals already conceded – a number it took 13 matches to reach last season. Meanwhile only fellow strugglers Newcastle and Huddersfield have worse offensive statistics across the board.

By contrast, Bournemouth are flying, sitting in the lofty position of fifth after their entertaining 4-2 win over Leicester last time out. Front three Callum Wilson, Josh King and Ryan Fraser are clicking well and have helped contribute 10 goals in five games. 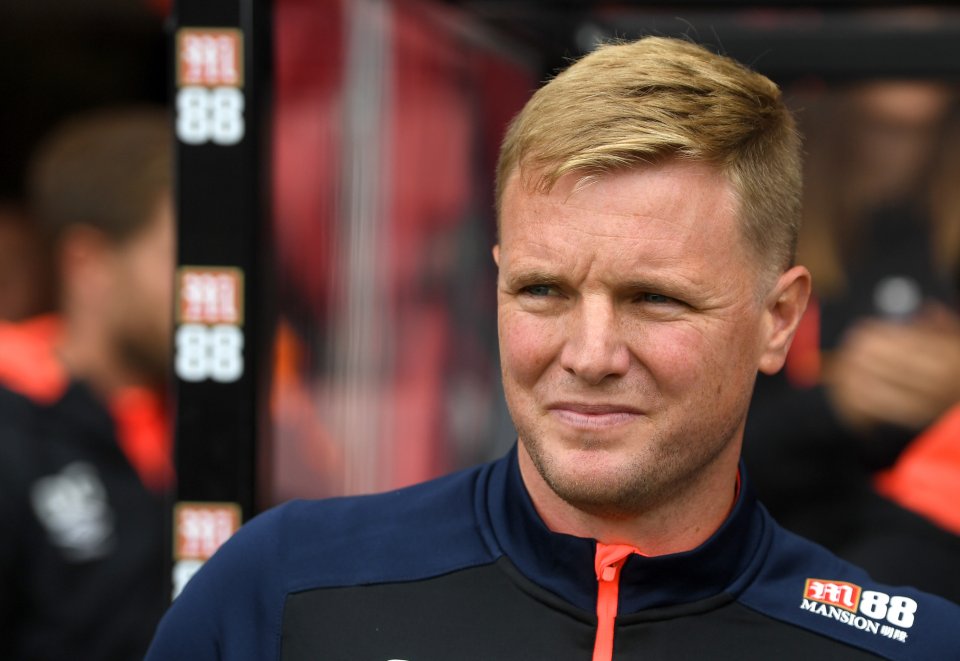 Eddie Howe is aiming high with Bournemouth in their fourth season in the Premier League (Source: Getty)

The form is in stark contrast to 2017 when the Cherries started with four consecutive defeats. Having finished 16th, ninth and 12th in the last three seasons since their promotion, and with additions like record £25m signing Jefferson Lerma, Diego Rico and David Brooks, Howe is looking to upset the established order.

“My message to the players will always be: ‘Why not?’” he said last month. “I think we’ve got the squad depth to achieve something.”

Bournemouth have never won a major trophy, or played in Europe. A victory over Dyche’s Burnley on Saturday will increase the positivity around the club and might just be a stepping stone towards bigger things.

Howe and Dyche have often been paired together, labelled as good homegrown coaches adept at creating something greater than the sum of its parts.

While Dyche has been more successful in the last year, it appears it might be the turn of Howe to reclaim the limelight. The Cherries boss has regularly been tipped for more high profile jobs; if he kick-starts another leap for Bournemouth perhaps he might even get the opportunity.