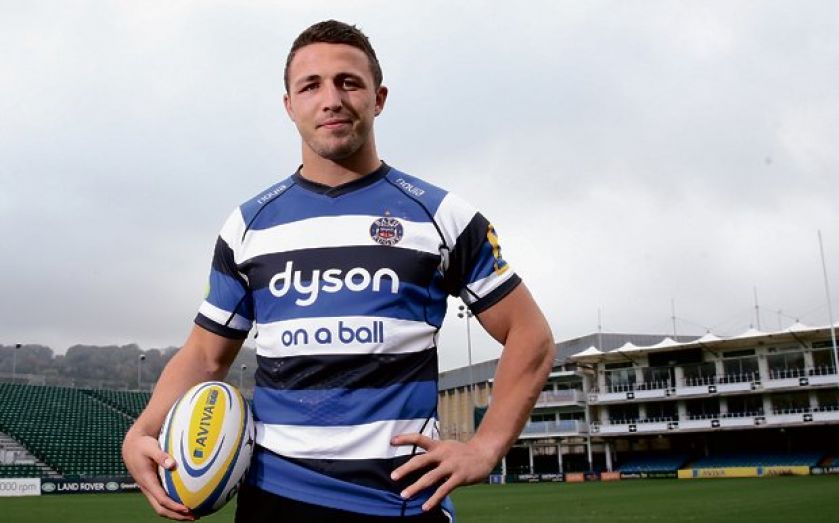 RUGBY union newcomer Sam Burgess plans to draw on the wisdom of English cross-code success stories Jason Robinson and Andy Farrell as he embarks on a new adventure with Bath.

The 25-year-old admits he does not know when he will be ready to make his Premiership debut, having suffered a fractured cheekbone in a triumphant end to his league career with South Sydney Rabbitohs this month.

But Burgess, set to be tested in a number of different positions for Bath, intends to tap Robinson and Farrell, who both made the transition to the 15-man game, for tips on acclimatising.

“It’s always nice to talk with people who have been in your situation before,” said the Yorkshireman, who spent five years in Sydney after being recruited by actor Russell Crowe, the Rabbitohs’ co-owner.

“I have spoken to Faz [Farrell] a couple of times, but nothing in depth. With the NRL [league] competition in Australia, I was very much into that and didn’t want any distractions. Jason [Robinson] has been in touch, and I’m sure we’ll sit down and have a chat. These guys are successful people.”

Wing Robinson switched codes at a similar age and enjoyed great success, winning the 2003 World Cup in a 51-cap career.

Farrell’s move was more problematic, with – like Burgess – debate over whether he was better suited to the back row or midfield, but he has emerged as a hugely influential coach and, as, one of England boss Stuart Lancaster’s lieutenants, will be eager to witness Burgess’s debut.

“Everyone is asking, but I really don’t know,” Burgess said of his comeback date, which is being tipped to be December. “I have had quite a lot of work done in my face and the surgeon said to me ‘don’t be silly’. We will make a smart decision over time with the medical staff here at Bath.

“Everyone is talking about England, but personally I just want to make the team here in Bath.”