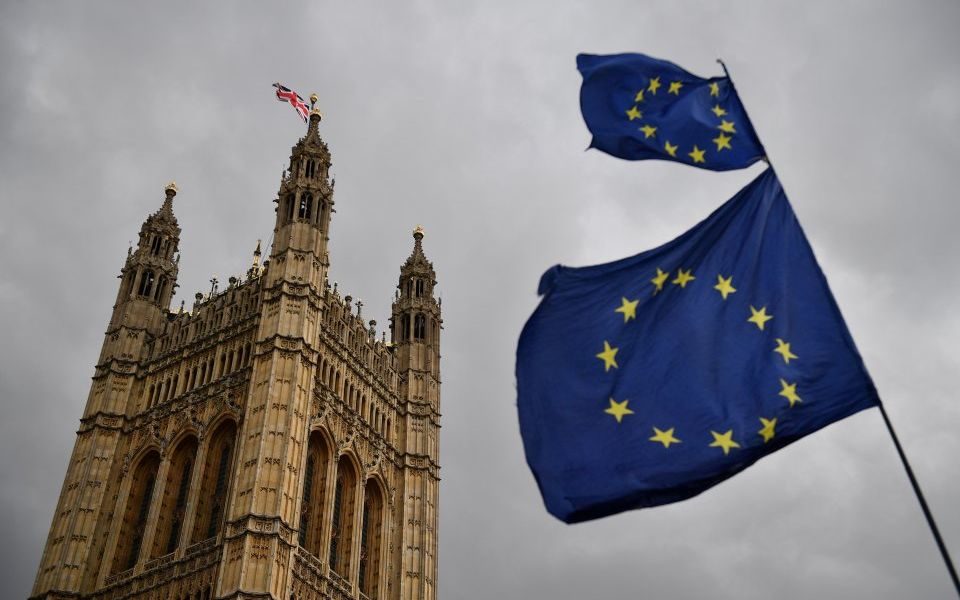 A long delay to Brexit is looking increasingly likely as the Conservative and Labour leaderships are struggling to agree a compromise deal ahead of Wednesday’s EU summit.

Brussels has given the UK until 10 April to set out a credible alternative negotiating plan after the repeated failure by Theresa May to get her deal through Parliament.

The Prime Minister will on Tuesday travel to Berlin and Paris in a frantic diplomatic dash to try to persuade European leaders to grant another negotiating extension past Friday – despite the lack of a breakthrough.

While May is making the case for a delay in Berlin and Paris, members of her top team will continue to hold talks with Labour in a bid to strike a deal which could command the opposition party’s support.

Labour are calling for a customs union with the EU after Brexit, while May has repeatedly said the UK must be in control of its own trade policy.

Last night, Labour leader Jeremy Corbyn said the government had yet to show any serious compromises on the plan for the UK’s future relationship with the EU – meaning the two sides were still in a state of deadlock.

He said: "Talks have to mean a movement and so far there's been no change in those red lines."

If the UK were to shift its negotiating position to support a customs union, the EU would move "extremely quickly" to make that a reality, Brussels chief negotiator Michel Barnier said on Monday.

Speaking in Dublin, Barnier reiterated the EU’s position that the Irish backstop protocol contained in the withdrawal agreement is the only way to ensure a hard border does not return on the island in the absence of a trade deal after Brexit.

He added: “If the UK were to leave the EU without a deal, let me be very clear, we will not discuss anything with the UK until there is an agreement for Ireland and Northern Ireland as well for citizens’ rights and financial settlement.”

Appearing alongside him, Irish Taoiseach Leo Varadkar said the talks between the Conservative party and Labour could be enough in themselves to warrant a further delay to Brexit.

“From Ireland’s perspective, we’re open to extending the deadline to allow time for these discussions to run their course and come to a conclusion,” he said.

MPs will on Tuesday get to vote to make May's request for a delay a legal requirement, after a backbench bill was fast-tracked through parliament.

The prospect of a long delay to Brexit caused tensions in the Conservative party to boil over, with two MPs calling for an immediate “indicative vote” in May’s leadership.

Another described the Conservative party’s decisions to open applications for next month’s European elections as akin to a “late April fool.”

“This is really going to wind-up out voters, and not surprisingly,” said Isle of Wight MP Bob Seely.