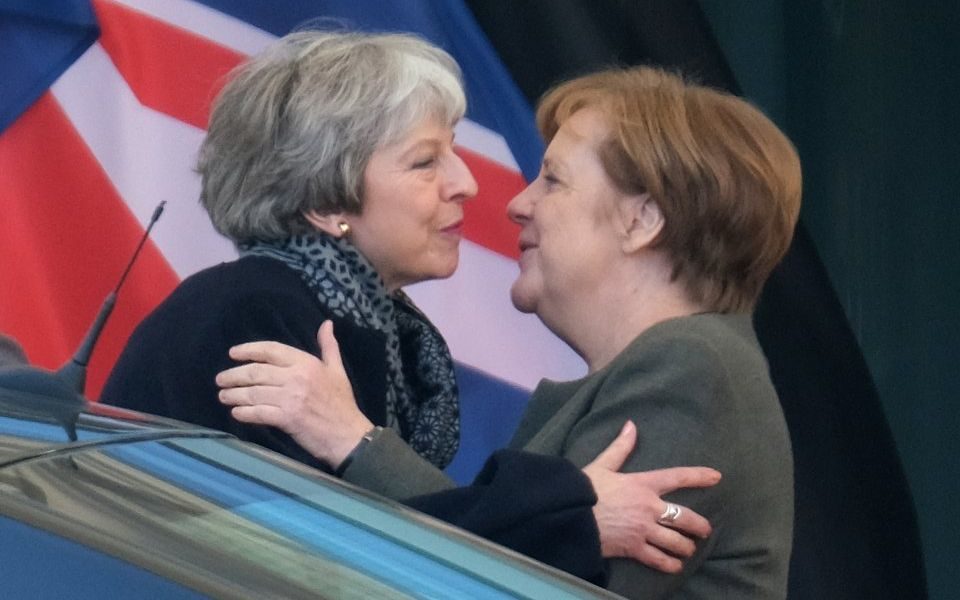 Theresa May has asked Angela Merkel to delay Brexit until 30 June in a face-to-face meeting in Berlin.

The Prime Minister made the request ahead of special summit in Brussels on Wednesday, where EU leaders will decide whether to once again extend the Article 50 negotiating period.

The EU last month turned down a bid to delay Brexit until 30 June, and instead instructed the UK to come up with a credible alternative plan to avoid ’no deal’ by this week.

Speaking over lunch on Tuesday, May told her German counterpart she was working with the Labour Party to find a Brexit deal which could finally be passed through the House of Commons – after three previous attempts ended in failure

A Downing Street spokesperson said: “Ahead of EU Council tomorrow, the leaders discussed the UK’s request for an extension of Article 50 to June 30th with the option to bring this forward if a deal is ratified earlier.

“The Prime Minister outlined the steps the government is taking to bring the Brexit process to a successful conclusion, and updated Chancellor Merkel on the ongoing discussions with the Opposition.

“The leaders agreed on the importance of ensuring Britain’s orderly withdrawal from the European Union.”

After the meeting with Merkel, May began travelling to Paris to meet the French president Emmanuel Macron later on Tuesday afternoon.

While the Prime Minister was undertaking an eleventh hour diplomatic push to get another extension, the EU’s chief Brexit negotiator Michel Barnier held a press conference in Luxembourg.

He repeated the point made in Dublin on Monday that the EU would work quickly to incorporate a customs union into the future relationship declaration should the UK adopt that as a negotiating aim.

On the prospect of another delay, Barnier said: “This extension has to serve a purpose. It has got to serve a purpose to provide more time if necessary to ensure that the political process I’ve described can be crowned with success, and that this majority can be attained.

“The issue of the length of the extension, which has been discussed at great length with its possible pros and cons – I’m not going to make a statement on that. From my vantage point, it is not up to me to do so.

“But the duration of the extension has got to in line in any case with the purpose being striven for. That is what I would say right now. It has got to serve a purpose or an aim.”