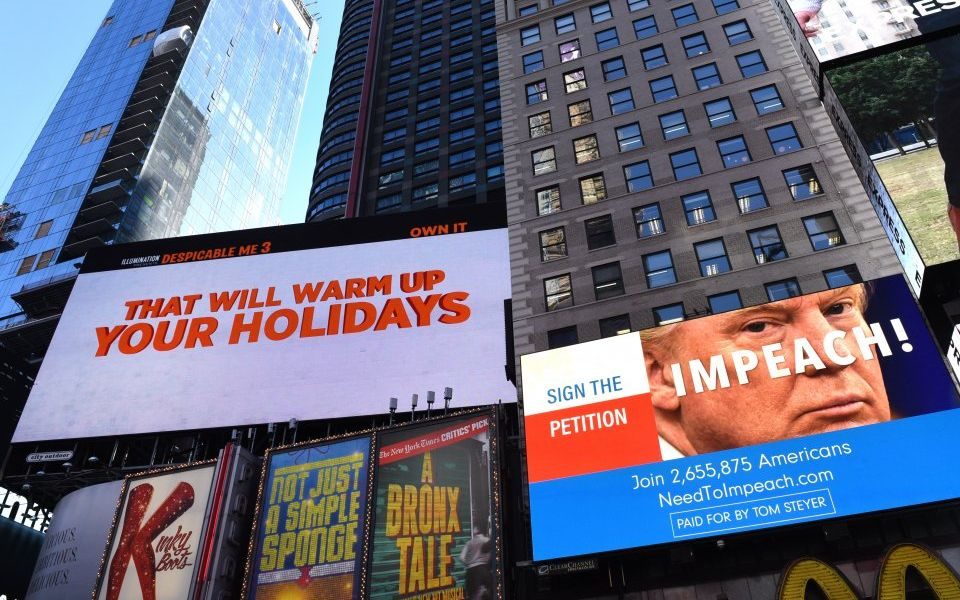 We all know that the digital age has revolutionised marketing. The spread of the internet into every aspect of our lives and the prevalence of big data means that consumers are now served more ads (both in quantity and in relevance to our actual tastes and interests) than ever before, while marketers have had to change their campaign strategies to adapt to the fact that consumers spend most of their time on mobile phones, digital tablets, or computers.

In this digital world, the continued presence of analogue paper-and-paste billboards hanging from buildings or standing by roads can seem altogether incongruous and old-fashioned.

Surely if marketers can target consumers with personalised ads based on their search history, then they don’t need to stick an advert on a board in a random location.

But in reality, the out-of-home (OOH) market is thriving, and drawing in more players. Media group Global recently entered the UK market by acquiring three OOH operators, giving it almost 35 per cent of market share, while tech giant Google is moving offscreen and into physical space by entering the outdoor media markets in Germany and Asia.

“When data heavyweights like Google get involved, you can be sure that the OOH sector is hotting up,” says Conrad Poulson, chief executive of market research firm Huq.

Part of the enduring appeal of OOH adverts is that consumers are more or less forced to look at them. Drivers stuck in traffic will likely look at roadside billboards, and London commuters waiting for their morning tube will often automatically read the ads on tunnel walls.

“Billboards are always ‘on’, eye-catching, and – particularly when compared to mobile – they can’t be blocked. Even when they’re highly targeted, they don’t suffer the same ‘creepiness’ factor that can taint other ad formats,” adds Poulson.

Plus, while the digital age has created new opportunities, advances in technology have in some cases negatively impacted media marketing: internet users can install ad and pop-up blockers, while on-demand TV viewers can skip commercials entirely. Digital ads may be as targeted and personalised as a brand desires, but there’s no guarantee that they will actually make it to the consumer, whereas OOH adverts cannot be so easily ignored.

Then there’s the brand safety advantage to consider. In recent years, we’ve seen several scandals where automated ad technology has placed online adverts against inappropriate content, causing serious harm to a brand’s reputation. Last year, several UK companies, including Marks & Spencer, pulled adverts from YouTube when it emerged that they were running against extremist videos.

But OOH adverts are standalone messages – they aren’t appearing next to an offensive article or video – and so avoid such problems altogether.

“Agencies are having to spend more time and resources to ensure that their clients appear in safe and contextually relevant advertising and content channels,” says Michelle Langelaan, director of marketing at VIOOH, a platform for buying and selling outdoor ad space.

There’s even an argument that, rather than standing in opposition to the online age, the OOH industry is embracing the opportunities provided by digital.

Big data is now being used to more accurately place ads in locations where they’ll have the most impact.

For example, Huq analysed the habits of 10,000 health and fitness fans around London to find which OOH sites would be the most effective in terms of how many people would see an ad versus how much it would cost.

You might assume that the best locations were ones in the city centre, which are likely to cost more. But Huq found the top sites for fitness adverts were in (surprisingly) Croydon, Walthamstow, Kingston-upon-Thames, and Merton.

“Applying geo-targeting to data analytics to focus in on particular audiences by factors such as age, gender, and interests can determine what specific locations are most appropriate,” explains Poulson.

“Depending on what audience and what vertical they’re targeting, media buyers might be better off choosing non-premium sites for a far better return on investment.”

This sort of analysis not only means that advertisers can target their ads more effectively at lower costs, but it also adds a layer of transparency: brands will know that their content is reaching the right audiences.

“The market stands at a critical juncture in its evolution,” says Poulson excitedly. “Adding digital and data capabilities to the format is bringing new levels of precision, effectiveness – and crucially, accountability – to the medium.”

As part of that evolution, OOH ads are increasingly becoming digitalised. Digital screens are being installed in cities around the world which can play videos and animations. They can even react to the real world using smart technology – in 2013, an ad campaign at Piccadilly Circus had a digital billboard respond to the planes flying past in real-time.

“The industry is getting closer to the time where dynamic serving and updating of adverts like this will be commonplace, responding to time, location, weather, and all manner of data feeds,” says Patrick Fisher, co-founder of outdoor advertiser Wildstone.

And according to Wildstone’s other co-founder, Damian Cox, half of revenues in the billboard market is now coming from these digital screens.

“I predict that in five years, you will see very few (if any) old-school paper- and-paste billboards. The market will reduce in quantity of panels, but increase the quality and ‘smart nature’ of those billboards,” he says.

So scratch under the surface of this seemingly antiquated approach to advertising, and there’s still a strong, viable marketplace for OOH.

If anything, it seems that marketing has gone full circle: first we had paper posters and billboards, which were followed by television commercials, then by online ads on digital devices. And now the industry has gone back to billboards – but this time with a technological twist.