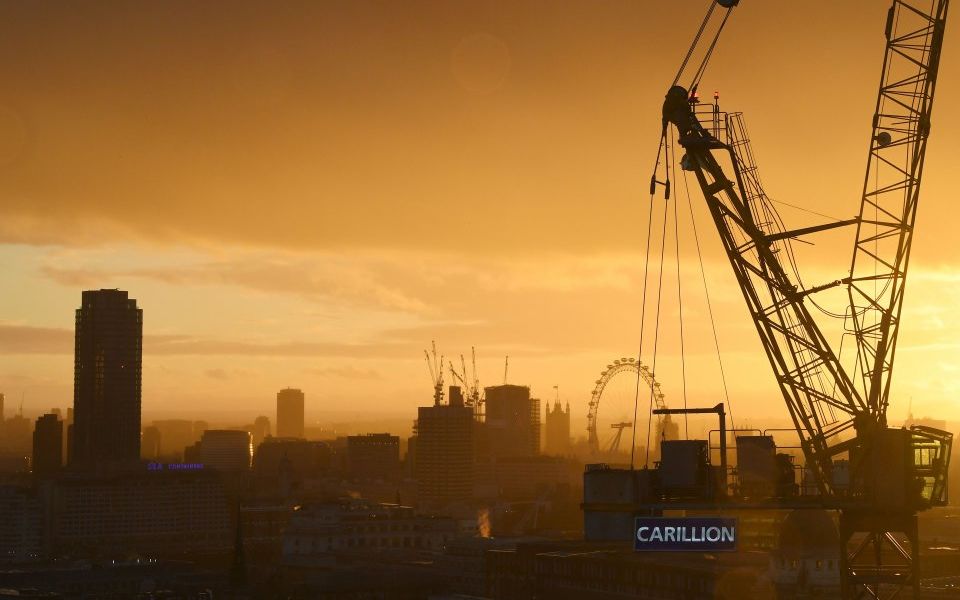 On the the surface, there is little reason for audit to get the blood pumping. The reality, however, is quite different, and threatens to present the sector’s biggest players – sprawling multi-nationals used to finding that all news is good news when you count the beans – with the toughest challenge they have seen in years.

Earlier this month, the Competition and Markets Authority (CMA) announced it would undertake a market study into the sector, addressing a range of issues surrounding audit’s Big Four – Deloitte, EY, KPMG and PricewaterhouseCoopers (PwC) – which have been accused of having a cartel-like position: dominating the market for listed companies, leaving smaller firms unable to get a look-in.

The review aims to make a quick strike at the sector: demanding evidence from key bodies by the end of the month, with a report set for the end of the year.

Why the fuss? In a word: Carillion​. All the Big Four were in some way tied to the sinking ship that mega-constructor Carillion proved to be.

KPMG were external auditors, Deloitte were internal auditors and EY had been tasked with turning it around as it began to take on water. When it finally went down, PwC – though it had offered advice to Carillion at several points – was able, as the last remaining major auditor, to name its price to manage the descent.

The response was swift and furious. Politicians in opposition can be quick to see the opportunity in major scandals, but the fallout from Carillion provoked a call taken up on both sides of the aisle – audit needs to change – with many, including shadow chancellor John McDonnell, saying nothing short of a Big Four breakup will suffice.

The sense that something is rotten in the state of audit has only been further entrenched by recent events surrounding Patisserie Valerie, where auditors Grant Thornton managed to miss a £40m “black hole” in its accounts. Last week, the firm’s trailblazing boss Sacha Romanovitch made the surprise announcement that she would soon step down, further adding to a sense of chaos in the sector.

As Michael Izza, chief executive of the Institute of Chartered Accountants in England and Wales (ICAEW), an industry body, put it in a blog post last month: “2018 will be remembered as a pivotal year for our profession; one in which the crisis in public trust reached fever pitch, along with the need to instigate and embrace fundamental change.”

Naturally, auditors at the top firms are defensive. Opponents of breakup are quick to point out that a bad audit by itself can’t bring down a dodgy company – though it can, perhaps, increase the damage done when it does collapse – and also point towards the vast majority of instances, in which companies are given a clean bill of health and do not immediately keel over afterwards. They can check the numbers, but they cannot force firms to behave ethically.

The sector has seen reviews before, and recently: the Competition Commission (CC), which became part of the Competition and Markets Authority, conducted a sector-wide review in 2013 – which, alongside new EU laws, introduced mandatory rotation of auditor among big firms – and the House of Lords scrutinised audit two years before that.

Now, everything is happening at once. The Financial Reporting Council (FRC) – the sector watchdog, which has been levying ever-higher fines in recent years – is due to give its report on Carillion in the new year, which is likely to lay bare further audit issues and presage new punishments for the Big Four. Meanwhile, the FRC itself is the subject of a review led by Sir John Kingman, launched after it was labelled “toothless” by a joint parliamentary committee review. The CMA has said it will work closely with Kingman.

Robin Mason, an academic who served as part of the CC’s 2013 inspection of the sector – which prompted a change to mandatory contract tendering that became intertwined with similar EU legislation – said it was now “difficult to argue against further review”.

“We didn’t have a recent failure as large as that, where all the evidence would still be fresh… we didn’t have that to play with in 2013,” he said.

He emphasised that over-familiarity between auditors and their clients was the biggest issue, and said the Big Four had been mixed in their willingness to work with the CC’s enquiries last time.

“What I found remarkable was that none seemed prepared or able to answer seemingly straightforward questions, such as ‘What profits do you earn on audit?’, he said. “For accountants, they seemed to have very poor accounts of the profits that they make.”

Another academic – Atul Shah, professor of accounting and finance at Suffolk University – was even more damning in his criticism.

“The fact that the Big Four are an oligopoly does not require any investigation,” he said. “A complete overhaul of audit and accounting regulation is urgently needed as it has failed miserably – and the Big Four have proven to be key to audit failure for a long time.”

PwC was forced this year to pay a record £6.5m fine – reduced from £10m – for failures in its audit of BHS (Source: Getty)

The groups who stand to most clearly benefit from breakup are the mid-tier firms – BDO, Grant Thornton, Mazars, Moore Stephens and RSM – which currently have little chance at grabbing contracts from the UK’s biggest firms.

The current situation produces a chicken-and-egg problem, in which mid-tiers have few FTSE 350 contracts, and so are dismissed as inexperienced when they attempt to get them – leaving them permanently excluded. This is especially true when they are tending to firms in specialised sub-sectors, which face unique needs and challenges.

The mid-tier firms insist they are capable of taking bigger contracts, and point to the relatively simple operations of some companies in the FTSE 350 as examples of where they would be ready to step up.

There are a number of remedies the CMA might suggest if it takes a review, including the establishment of a government body to make private audit appointments, a cap on market share for firms, mandatory tech-sharing schemes, joint-auditor setups such as those already used in France, and restrictions on what other services firms can offer to their audit clients.

Consensus is building around which of these might be possible, with all involved in agreement that there is no silver bullet for audit’s woes: the answer may lie in a combination of approaches.

The Big Four are all multi-national giants, and even a substantial drop in their UK audit fees would have little impact on their global balance sheets. They are not invulnerable, however. Though they might seem too big – or too few – to fail, recent events such as the collapse of Arthur Andersen and KPMG’s disastrous spell in South Africa show that even the most secure-seeming operation can collapse. Reputation, as ever, remains important.

Whatever happens, the audit sector could be set for a serious shake-up in the coming months.

Sidebar: I feel fine – here are some of the Big Four’s biggest recent slip-ups

None of the Big Four are scandal-proof, and all have recently been criticised by regulators.