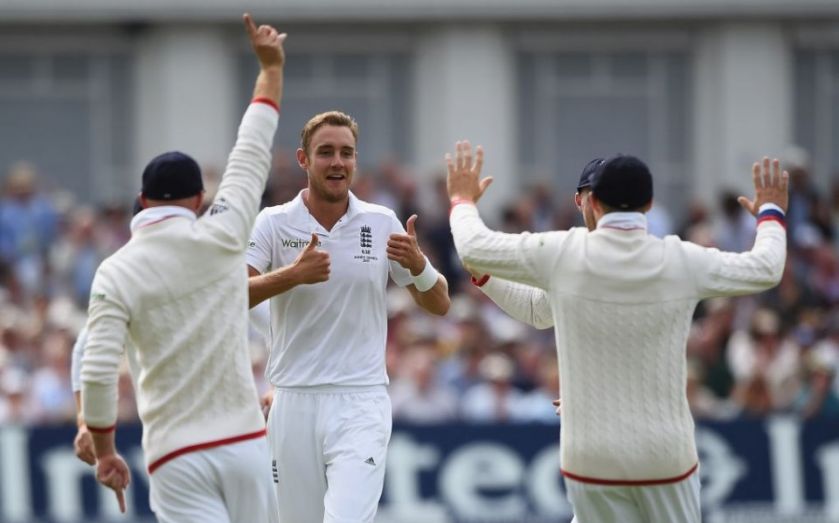 England's Stuart Broad obliterated Australia in the first day of the fourth Ashes test at Trent Bridge, taking eight wickets as the tourists were struck all out for 60.

Read more: Tremlett – time for Broad to take the lead and give England vital early edge

On home turf the Nottingham-born bowler remarkably completed a five-fer for just six runs and from 19 balls.

Before 12:30 England had struck Australia down to a stunning 47-9 as Steven Finn and Mark Wood also picked up wickets in the first 14 overs.

Yet it was Broad who was the star of the show after equalling the record for the quickest five-wicket haul in Test cricket history. In under 40 minutes he matched Australian Ernie Toshack's 1947 record of five wickets from 19 balls.

The 29-year-old's first – Chris Rogers caught by Alastair Cook at first slip – made him the fifth England player to pass 300 career Test wickets.

In his 83rd Test, Broad joins Fred Trueman, Bob Willis, Ian Botham and James Anderson in the 300 wicket club. Anderson – missing in action for England in the fourth Test – is England's leading wicket-taker on 413.