As the rest of the world drifts toward protectionism, can Africa show the way to free trade? 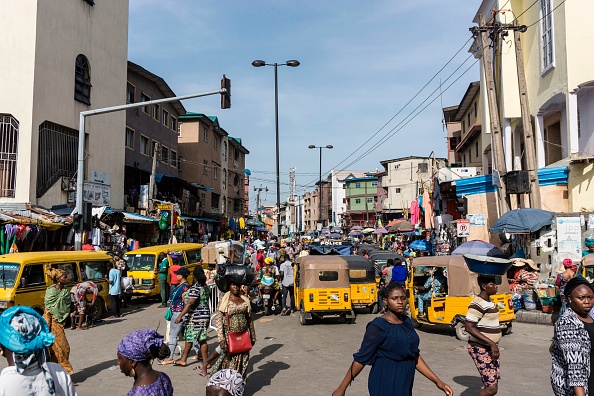 The world is presently witnessing a curious pattern.

Even as those who have benefited most from free trade (the US, the EU, China) are foolishly turning towards the siren call of protectionism, the rest of the world, especially Africa, has emerged as liberal internationalism’s unlikely champion.

The incorporation of Africa’s largest economy into the highly ambitious accord – which seeks to turn the continent’s 1.2bn inhabitants into a single $3.4 trillion economic bloc – is a possible windfall for business and development leaders across the continent.

As with all trade agreements, however, the devil is in the details.

The necessity for pan-African economic integration is obvious, as many small, sparsely-populated countries have struggled to attract the international investment required for their long-term prosperity.

Together with widespread political instability and poor infrastructure, these concerns have contributed to a deleterious situation in which 85 per cent of African exports flow directly overseas, often as commodities. In many cases, the same countries exporting raw materials also rely on imported manufactured goods, nonsensically produced using the very commodities they export.

In response to this negative cycle, many leaders have disastrously opted to impose sweeping tariffs to protect what little domestic manufacturing they have developed.

The weighted average of all African applied tariffs stands at a stratospheric 8.7 per cent. This practice has atomised African production chains and introduced unnecessary new hurdles to producers seeking to manufacture goods within the continent.

Its proponents assert that this policy will dramatically increase the competitiveness of African manufacturers and promote pan-continental industrialisation.

According to UN estimates, AfCFTA could boost most African countries’ GDP by a significant one to three per cent per year. Other estimates suggest that successful implementation will increase intra-African trade by an eye-catching 33 per cent, double African manufacturing, and produce a desperately-needed 13-16m new jobs.

Obviously, some countries stand to benefit more than others. In Africa, manufacturing capital is often the limiting industrial input. As such, the greatest gains will accrue in relatively capital-rich economies.

Kenya is just such an economy. A wealthy coastal state with good infrastructure and an economy that is 18 per cent industrial in composition, it has all the markings of a country that should succeed under free trade.

However, ironically, the country’s relatively high level of development may prove a hindrance under the new arrangement.

According to a recent report, Kenya’s annual labour cost is $2,118 per worker, comparatively high for the continent. Still, Kenya will no doubt accrue some benefits thanks to its relative competitive edge in infrastructure, particularly its well-developed ports.

As Africa’s largest and most populous economy, Nigeria is another well-positioned contender to benefit from the AfCFTA. But in this oil and infrastructure-rich country, the dominant risks are political rather than economic.

Despite holding the world’s eleventh largest oil reserves, Nigeria has utterly failed to equitably distribute its oil revenues, and is currently home to over 87m citizens (Africa’s highest number) living in extreme poverty.

Ethiopia, by contrast, appears among the best-positioned. The strategically-located country has spent the last decade cultivating foreign investors, receiving over $7.2bn in FDI during 2017 and 2018 alone.

Additionally, Ethiopia is among the few African countries to be actively industrialising and has a globally-competitive annual labour cost of just $909 per worker. Assuming it can maintain political stability, a boom in intra-African trade may be the magical ingredient transforming high-growth Ethiopia into “Africa’s China”.

While this economic revolution must be expected to cause significant variation between African countries, the overall benefits to the continent will be profound. Given Africa’s favourable demography and growing economic attractiveness, politics (and political risk calculations) will be the deciding factors as to which African countries emerge as the next frontier markets.

But in signing AfCFTA, Africa’s leaders have put their nations squarely on the economic map.