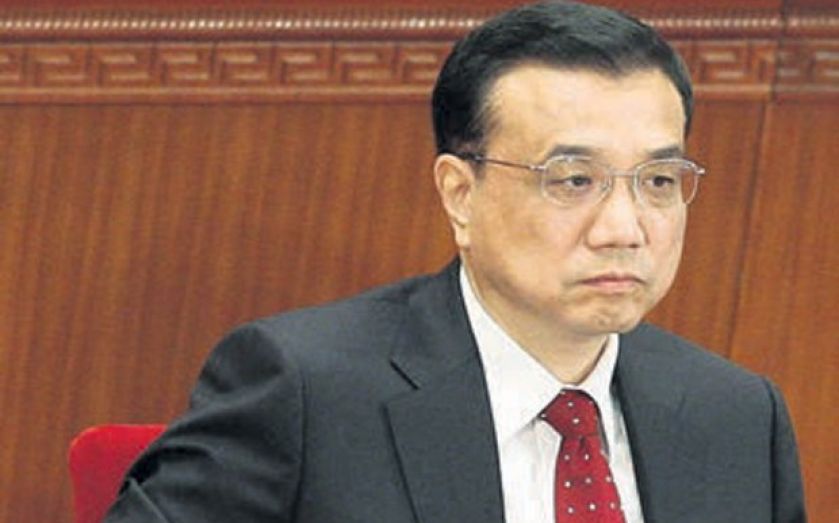 AMID the market fragility of recent years, China has been an island of security. But growth is falling and a nascent credit bubble, which the People’s Bank of China (PBoC) is trying to quell with tough new measures, are starting to play on the nerves of investors.

The fall in the renminbi, coupled with sliding copper and iron ore prices, suggests a change in economic outlook for the world’s second largest economy. Financial distress is more visible; the country’s first corporate bond default was a watershed moment. Premier Li Keqiang says people should be ready for more bond and financial product defaults. With deregulation come greater risks, both for China and the rest of the world.

So far in 2014, everything from output indices and retail sales to fixed asset investment and credit creation has been lower than expected. Taken together, these suggest a marked shift in direction for China; a transformation that could have deflationary consequences for the world economy.

A slowdown in growth at the start of the year has for the first time not been met with more credit or infrastructure spending by the government to compensate. As the stakes get higher, China is changing its development model.

The most obvious shift is in finance. The PBoC wants full interest rate liberalisation by 2016 and for private firms to enter the financial sector. A two-way market in renminbi trading has been created and the central bank has widened the currency’s trading band to plus or minus 2 per cent around a daily reference rate. The effect of these and other changes is hard to gauge, but they are likely to be already weighing on the credit, currency and interest rate arbitrage behaviour of local enterprises and financial institutions.

China faces a trio of major problems: slowing growth, over-capacity and rising debt servicing costs, which raise the prospect of more defaults down the supply chain. The biggest over-capacity worries are in iron and steel, aluminium, cement, coal, solar panels and shipbuilding.

Copper is the barometer for the pressures on China. Prices are down 15 per cent this year and by more than a third since 2011, in a complete reversal of the surge in copper demand sparked by China’s insatiable appetite in the boom years.

But this has wider implications, as copper has been used as collateral for financing. As China’s authorities clamp down on the shadow banking sector, falling prices suddenly expose participants to losses, and disruption to the world economy, emerging markets in particular, will be considerable.

China’s leaders have a crucial choice to make: take the pill now to avoid pain later, or kick the can down the road by creating more credit to ease the short-term situation. Either way, the impact on the global economy and fragile markets will be significant.

George Magnus is an independent analyst and former chief economist at UBS.

CHINA’s debt mountains are the biggest risk to the global economy and could result in another financial meltdown. So, at least, say the merchants of doom. They predict that excessive property lending, offshore borrowing and shadow banking are the ingredients for the next financial crisis.

Risk-off conditions sparked by the tension in Ukraine are the source of unease and are affecting emerging markets. Moreover, as the Federal Reserve continues to remove the stimulus drug and the world’s largest economy powers on, US ten-year treasuries will be very attractive and will drain hot flows of investment away from emerging markets.

However, concerns over China are overstated. First, the crisis in Ukraine is a regional issue and unlikely to weigh on emerging markets for long. In fact, Asian economies could become a relative safe haven for the emerging market investor.

China’s roughly $22 trillion credit bubble is an issue. By year-end 2013, total credit outstanding, including government debt, was at 230 per cent of GDP – not an insignificant rise from just 80 per cent in 2002.

But delving deeper, the problems are less serious than they appear at first glance. Excessive property lending is a big worry, but price rises are less extreme than many would suggest. While values in Shanghai and Beijing are soaring, prices in the country’s largest 70 cities were up just 10 per cent last year. There are encouraging signs about the sustainability of the market, as flipping was down from 50 per cent of sales in 2011 to just 15 per cent last year.

External debt is also less of a concern than the headlines may suggest. Because foreign direct investment accounts for such a large amount of China’s external liabilities – roughly 60 per cent – the potential for the country to suffer at the hands of a reversal in hot flows is smaller. External debt excluding FDI is just 17 per cent of GDP, versus 40 per cent in Taiwan or 20 per cent in India.

Foreign currency-denominated financing is relatively small at just 9 per cent of GDP, thanks to Beijing’s policy of restricting firms from borrowing offshore.

Shadow banking, meanwhile, represents just 14 per cent of GDP. And again, the figures beyond the headlines indicate China is far less exposed to shocks. Non-bank finance is not heavy on securitisation and off-balance sheet special purpose vehicles, or any other sort of complex financial engineering that led to the financial crisis in the West.

Local government debt is larger, with estimates at around 40 per cent of GDP. But reforms are taking hold and Beijing even seems prepared to allow defaults on local government bonds.

China’s debt pile is not exactly small, but there are range of fiscal and monetary instruments at the disposal of its leaders to tackle it. The People’s Bank of China may reduce the reserve requirement ratio it imposes on banks, while there is plenty of room to cut rates. There is also a willingness to slowly ease credit growth and rebalance the economy towards consumption. In short, China’s problems with credit are not the same as those that led to the great financial crisis.