Apple plays it safe with the new 9th generation iPad 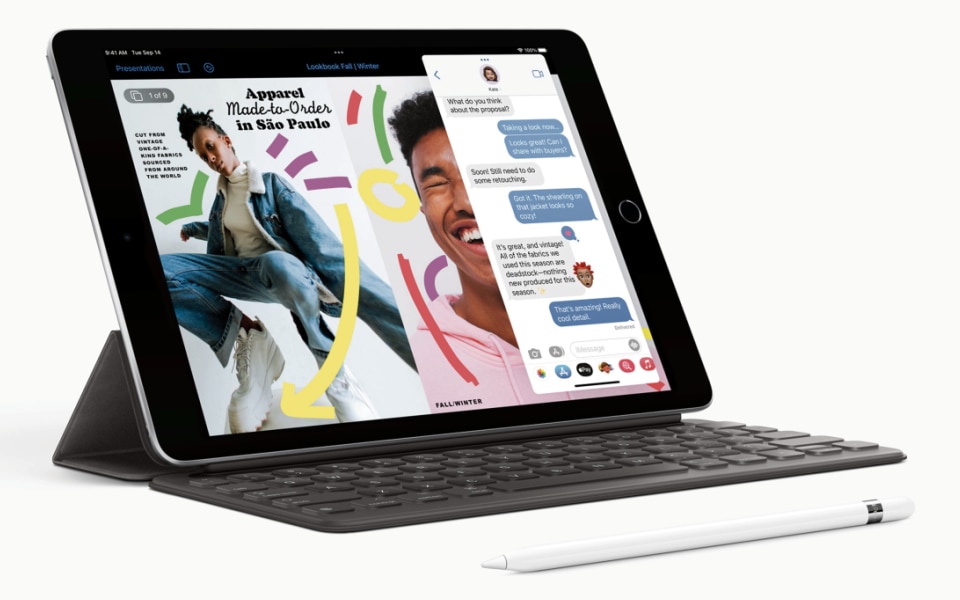 I remember clearly the release of the first iPad back in 2010. Coming just three years after Apple had reinvented the mobile phone, the iPad seemed to create an entirely new product category. While there had been tablets before it, they lacked that sprinkle of Apple magic that drove the iPad into millions of homes, appealing to teenage nerds and technophobic grandparents alike.

Since then Apple has pushed the tablet format in various directions: the handbag-sized iPad Mini; the gigantic powerhouse of the iPad Pro; the faster, sleeker iPad Air. For years I have expected the ‘standard’ iPad to be phased out, but it steadfastly remains, now in its 9th generation, incorporating some of the new tech from Apple’s more powerful devices but maintaining design elements that look positively retro compared to its stable-mates.

Most obvious among those is the conspicuous fingerprint-scanning Touch ID ‘Home’ button on the front of the tablet, which to those of us who  jump on every device to roll off the Cupertino production line, feels as nostalgic as the ‘Click Wheel’ on the old iPods. The iPad Mini and Air have both integrated Touch ID into the top button, carving out more real estate for the display. Similarly, while the Mini, Air and Pro range all use the more modern, flat-edged design, the iPad maintains the gently sloping aluminium that has been a design mainstay for what feels like millennia. Elsewhere it keeps the Lightning connector and headphone jack that have gone the way of the dodo in the other iPads, and still only supports the first generation Apple Pencil.

Inside is where the improvements start to show. It’s been upgraded to the A13 chip and storage has doubled from 32 or 128GB to 64 or 256GB. The rear-facing camera is the same as before, which doesn’t really concern us because taking pictures on iPad has never been a priority. The front-facing camera is a far more important proposition given how ubiquitous video calls have become, and here it improves from 1.2MP to a whopping 12MP. It also integrates Centre Stage, which allows the camera to follow you as you move around, improving the quality of calls even further.

Those improvements will actually save you a tenner over the previous generation, with the price falling to £319, which has the ring of a bargain despite the anachronistic design.

Rather than a drawback, the 9th generation iPad’s familiarity will be a selling point for its target customer. This is a device aimed at long standing users rather than early adopters, those who have probably built up a collection of accessories they aren’t quite ready to part with. It’s not the most exciting Apple release, but it’s a lease of life for a format that seems destined to fade away within a year or two.