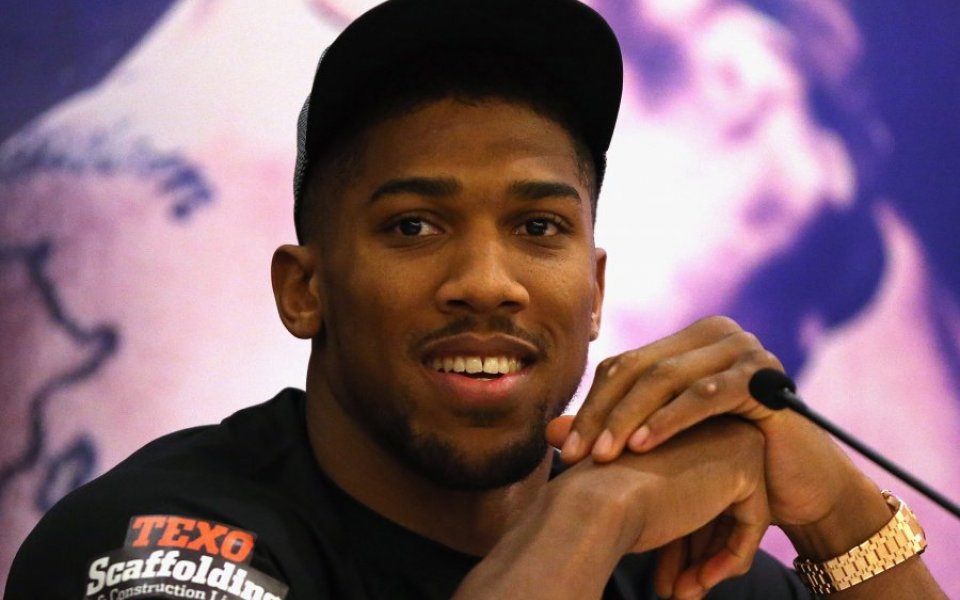 Not many boxers get offered a world title fight just over two years into their professional career – and even fewer would feel ready to take one so early.

But Anthony Joshua is a cut above most boxers and when the opportunity to fight unbeaten American Charles Martin for his IBF heavyweight belt arised, he didn’t hesitate.

At a press conference ahead of the April 9 fight at the O2 Arena, Joshua’s promoter Eddie Hearn revealed the WhatsApp conversation which put the wheels in motion for the bout.

“What you thinking?” asked the Matchroom Boxing boss.

The signal to lock and load belies a career still in its relative infancy. Joshua’s showdown with Martin will be just his 16th fight of a professional career that has seen him barely spend more than an hour in the ring.

Read more: David Haye interview – "I want as many people to watch me as possible"

Yet for the Olympic gold medal winner, who has rapidly emerged as one of the sport’s most exciting prospects, the earlier than expected title fight is one he believes he will win.

“That belongs to me realistically,” said Joshua of Martin’s IBF belt. “That’s my destiny, he’s just holding it. He’s got it but when we look at technical skills I think I’ve got one up on him.

“You take fights you’re capable of winning, that you feel you’re going to win. You have to be confident.

“This is a fight I want. That’s why I always say, take the reward away and look at the opponent. I feel I’m capable of doing a job on Martin and then with that comes the heavyweight championship of the world.”

Joshua’s career so far is defined by a blistering and brutal highlights reel of him bludgeoning unrecognisable up and comers, has beens and never weres.

His thrilling punching power, combined with relative erudition and natural charm – never more obvious than in comparison to Martin’s slow and stultifying speech – have made him a very obvious star in the making. 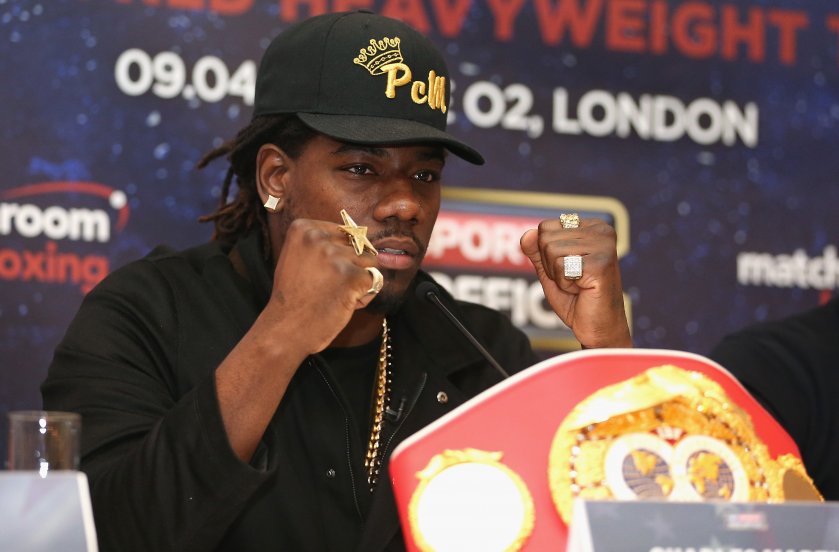 Martin is unbeaten but only won the IBF belt this January (Source: Getty)

Earlier this week he joined globally renowned athletes Andy Murray, Jordan Spieth and Steph Curry as an Under Armour-endorsed athlete, signing a three-year deal with the American sportswear brand.

Such obvious star potential has naturally meant his trainers and handlers have so far cautiously plotted a career path that avoids too much, too soon.

But each knockout victory has triggered calls for bigger and better contests from fans eager to see the fighter, who has never gone the distance and claims to not even know how the judges’ points scoring system works, truly tested.

And Joshua has shared those frustrations.

“I’m at a stage now where I’m really looking forward to fighting,” said the 26-year-old.

“Before it was like, where are we going? What’s the plan? It was that mentality where you’re fighting to get somewhere. Journeyman, journeyman two years we were fighting.

“It was only recently until we fought Johnson, Dillian [Whyte] and boom – now we’re where we want to be and this is the enjoying part.”

Not only does Joshua represent a potentially lucrative pay-per-view future, his showdown with Martin could see him become the first fighter to win the world title after turning pro with Hearn.

“This is a ballsy move,” said the promoter.

“But everything comes down to the specific opportunity. If this was Haye, if this was Wilder, if this was Fury, we definitely would have had second thoughts about whether the timing was right.

“But it’s Charles Martin. Now Charles Martin might be as good as those guys, but we don’t know what and that’s the danger in that fight.”