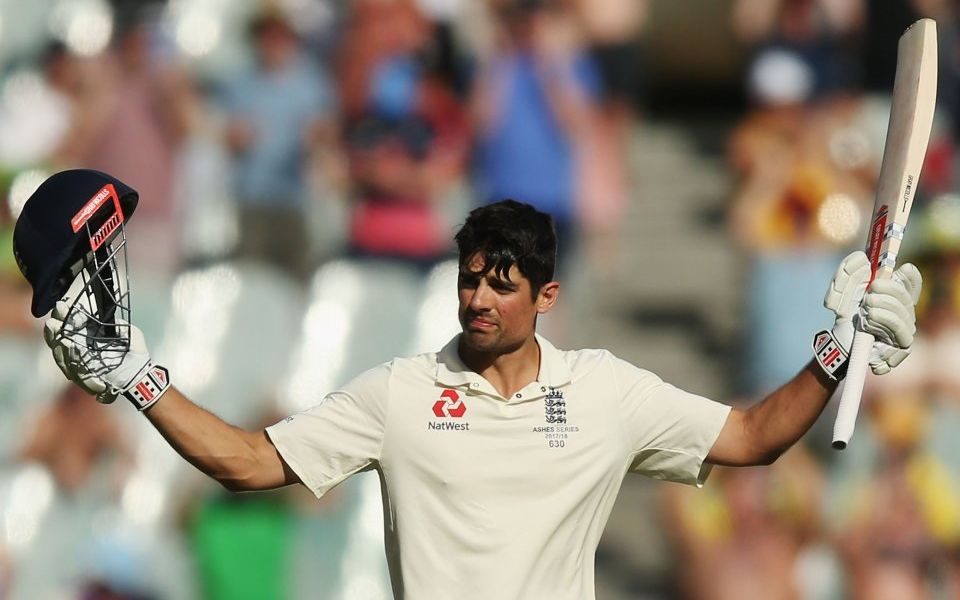 Obdurate. Disciplined. Determined. Hardly words often used to bestow praise on an athlete, but then Alastair Cook is not your average sportsman.

But today's announcement that England’s most-capped and highest run-scoring former captain will retire from international cricket following this week’s final Test against India at The Oval is a chance to bring his achievements back into focus.

The 33-year-old opener said he had “given everything and there is nothing left in the tank”. That’s hardly surprising and has been evident in 2018, with his average of 19 by far the worst of his 12-year career.

A clear mind, repetitive movements and steadfast technique used to work in perfect harmony. The position of his off-stump used to be ingrained in his mind. His patience and shot-selection used to frustrate bowlers and feed his scoring shots.

Against India over the last five weeks the aspects which brought him stacks of records and his team plenty of success have been dulled. He’s groped helplessly at Ravichandran Ashwin’s off-breaks, edged behind from Ishant Sharma’s testing angle and given the visitors’ slip fielders practice from Hardik Pandya and Jasprit Bumrah’s seamers.

In seven innings he’s managed 109 runs at an average of 15.57, propping up the bottom of the averages table alongside tail-enders James Anderson and Stuart Broad.

The time has come, after 160 Tests – another England record, of which 158 have come consecutively – to step down and return to familiar pastures with county side Essex.

With England holding an unassailable 3-1 lead, he will be afforded a swansong at a ground where he is one run away from reaching 1,000.

And while some may question the point of allowing an out of form batsman a farewell when his successor could be blooded, few would begrudge the man fondly known as “Chef” a moment in the spotlight.

Alastair Cook made the most of his talent through patience, determination and technique (Source: Getty)

When Cook says he’s “achieved more than I could have ever imagined” it’s not idle hyperbole. The outpouring of goodwill for the opener and four-time Ashes winner is based on his humble personality and longevity, but also because of the way he conducted himself.

He may have started with an unbeaten century on debut in Nagpur in 2006, but there has always been the sense his talent is worked on, not given.

Cook is a grinder, not an artist. He succeeds through mental strength as much as stroke-making. His forward defensive is as familiar as his nudge off the hip, flick through mid-wicket or cut through point.

Alastair Cook made scores of 60 and 104 not out in his debut Test against India in Nagpur in 2006 (Source: Getty)

His high points – his remarkable unbeaten 235 in Brisbane to set up a first Ashes win in Australia in 24 years or his 190 in Kolkata in 2012 to make him England’s record centurion and help the tourists to victory in India for the first time in 27 years – came on the back of a relentless work ethic.

The left-hander has always been the fittest player in the side. His obsession with batting has seen him hone, tinker and remodel his technique. His personality has helped him lead the side to 24 Test wins – a number bettered only by Michael Vaughan as captain.

“No player has got more out of their ability,” said Vaughan of the player who replaced him in 2006. “He is a legend not only because of his performances, but because of his attitude, his sacrifices,” said his mentor Graham Gooch. “He’s mentally the toughest cricketer I have ever seen,” said former England captain Nasser Hussain.

It is these qualities, more than the weight of his runs, which sees Cook held in such high regard. Despite his recent fallow period and no matter what happens at The Oval, England know they are about to be deprived of one of their very best.