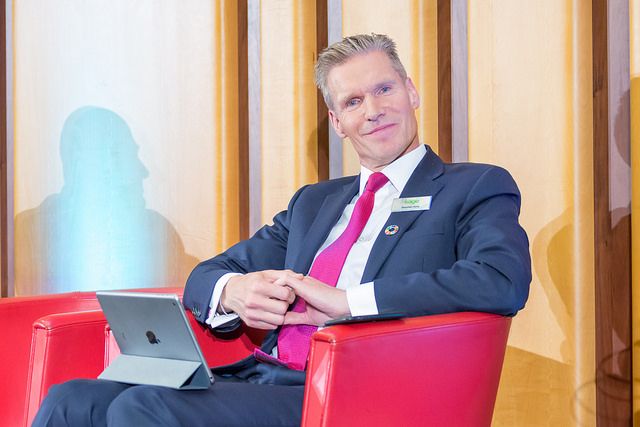 Chief financial officer Hare will perform both his current role and the top job while the board searches for a replacement CFO.

Hare said: “It is an honour to be asked to lead Sage as chief executive officer. I continue to believe that by putting our customers, our people and innovation at the heart of everything we do, we will succeed in our journey to becoming a great SaaS business.”

Kelly stepped down at the end of August after four years at the helm, shortly after the accounting software firm revealed that hitting full-year guidance was reliant on signing a number of deals in September.

Investors told City A.M. that the firm was struggling to migrate customers from on-premise software to take advantage of its cloud offerings, which has impacted its profit margin.

Its mid-market products have also come under pressure from larger competitors like Microsoft and younger rivals like Xero.

Hare, who joined as CFO in early 2014, had taken on the role of interim chief operating officer in the wake of Kelly’s departure while the board looked for a new leader.

"I am delighted Steve has agreed to lead Sage on the next stage of its journey to become a great SaaS business,” Brydon said.

“He has impressed the board with the momentum, focus and clarity he has brought to the organisation over the last few months as COO but also throughout his tenure as CFO.

“As we looked externally for the experience, vision and deep knowledge required to accelerate operational execution it very quickly became clear through Steve's early decisions and his clear prioritisation that he is the right person to lead Sage.”

Shares lifted 2.4 per cent in the business in early morning trading to 564.4p, though that is far off its January valuation of 821.4p.