The sitting killer: Is this the year standing desks finally take off? 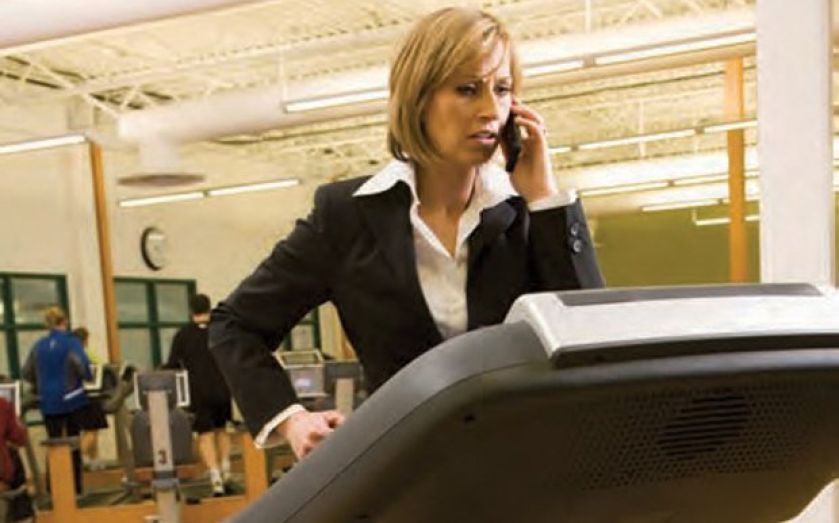 The health benefits are clear, but there are simpler ways to stay active

Is sitting the new smoking? For the advocates of standing desks, those lofty contraptions that allow people to work without a chair, the answer is most definitely yes. The American Cancer Society tracked 123,000 people between 1993 and 2006, and discovered that those who spent six hours or more sitting each day (albeit in their leisure time) had significantly higher mortality rates than those sitting for fewer than three hours.

Indeed, among the various claimed health benefits, standing desks are said to lengthen lives, reduce waistlines, and improve postures. Researchers in Canada are currently attempting to confirm a link between excessive sitting and diabetes. And elevated or adjustable office equipment has a long pedigree. US Founding Father Thomas Jefferson eulogised the benefits of his “tall desk” for standing while writing. Other notable adopters have included Leonardo da Vinci, Ernest Hemingway, Winston Churchill, and City A.M.’s own executive editor Marc Sidwell. So should 2015 be the year the standing desk goes mainstream?

It seems that our sedentary office lives really are unhealthy. The literature is chilling. Successive reports have discovered links between too much sitting and cancer, cardiovascular disease, and obesity. And while finding that people spend, on average, five hours and 41 minutes sitting at their desk per day, the British Psychological Society also uncovered a link between a lack of physical activity at work and mental health problems. Further, if you spend your day slumped in a chair in the office, you’re more likely to be found slouched on your sofa in your free time.

The office chair might be killing your productivity too. James Levine, an endocrinologist at the Mayo Clinic in the US and author of Get Up! Why Your Chair is Killing You, has written that “our bodies are programmed to move… Sitting causes your central nervous system to slow down, leading to fatigue.” Some suggest that abandoning your chair banishes the dreaded mid-afternoon productivity slump.

But if we accept this evidence, is the standing desk really the best option? Some, like Levine, argue that it should be combined with a treadmill underneath, and companies like Microsoft and Evernote have reportedly rolled this out for their employees.

Standing desks – with or without treadmill – can bring their own problems, however. Repetitive strain injuries may be an issue for those who spend their days walking rather than sitting, and beware setting the height of your desk incorrectly. Further, if you do choose to stand all day, it could be worth investing in a mat to mitigate against the complications associated with hard office floors.

Yet for all this, it might be that standing desks are just a fad – and an unnecessary one at that. After all, as evolutionary biologist Olivia Judson wrote in the New York Times, there are simpler (and less ostentatious) ways to tackle the health problems associated with inactivity at work. Why not take frequent small breaks, standing up to stretch or walk down the corridor? “Or you could take all this as a license to fidget,” she says.

Are you looking for a collaboration tool for the Twitter generation? If so, Twoodo may be it. Claiming not just to be a productivity tool, but a way of life, the app uses hashtags as an organising principle.  The idea is that, instead of filling out endless forms or scrolling through multiple menus, you can organise for yourself and others simply by typing into a Facebook-type feed. Conversations then automatically turn into actionable lists and notes, and you can integrate with your email.