Your Fiat is worthless. Here’s why. 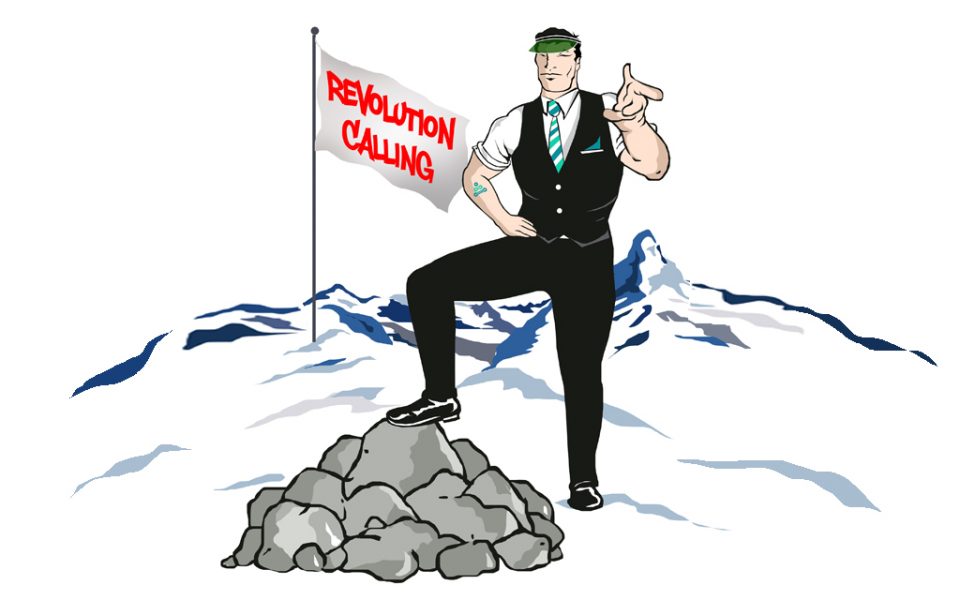 The Association of Certified Fraud Examiners will be adding an additional US$2.1 Billion to its next Report to the Nations when its published. The Wirecard fraud is an illustration of only one of an army of termites that is ceaselessly eating away at the foundation of the global financial system.

The allegation that EY, Wirecard’s auditor failed to request bank statements for the three previous audit years does not shock me as it may to some of you. The termites won’t change their nature. It’s actually not their fault. They are born that way. To quote the famous theory of Wolfgang Pauli; They are not even wrong”.

These conditions are global, malignant and systemic. As controversial as this may sound, it’s the fault of the investors in the same way that it’s the fault of the voters for the sad state of a democratic nation. Investors have all the power. Like voters, investors must get educated and participate at every level of the democratic process which includes regulatory oversight, corporate governance processes, including and especially audit methodology and the process of appointment of those who perform these critical functions.

Wirecard is a manifestation of a much larger mind-numbing problem. Take General Electric in the USA for example; shareholders have voted to re-appoint the same bloody auditor for the last 101 consecutive years! GE shareholders voted to pay its auditor US$140 Million last year which covered, in part, composite billing for over 1,000 members of its audit and tax team.

Separately, another shocking condition that exists is this; it is not within the scope of a comprehensive audit engagement to specifically detect fraud. Wait, what? That is correct. But don’t take my word for it. Just ask any MP who misses their favorite pastry at Patisserie Valerie who had to shudder locations after its auditor failed to detect its accounting scandal two years ago.  You can also ask the same MPs how difficult it is now to source UK based government contractors. They were burning witches in front of Westminster two years ago when Carillion failed. Did they actually do anything about it? No. Of course not.

Personnel from all the big auditors were being quoted in articles this past weekend saying how the audit model is broken. This has been their narrative every time there is a controversial public fraud for as long as I can remember. But who cares? The top 4 firms generate US$125 Billion in global annual audit revenue and they take home almost US$50 Billion. They will purchase and install as many MPs and as many governors in as many jurisdictions as they can to perpetuate the status quo.

So, as you can plainly see, it is your fault! The voter. The investor. The person who has the ability to vote for changes in regulation has all the power. It will be an interesting spectacle to monitor Softbank’s litigation against Wirecard’s auditor, EY. You better pray that they don’t settle. This case has the potential to become a fulcrum for change if it goes all the way.

The failure to mechanize the external validation of 100% of every single transaction on the books of every corporate, government and not for profit entity can be seen as the main enabler of systemic fraud and consequently, monetary debasement.

I sat next to the audit and financial reporting profession for 25 years as a banker. When I witnessed the DAO hack, I ignored the hack and saw what an enterprise might look like. Guess what? They are fixing the attack vectors. It’s happening! It’s now called DeFi. When the SEC published the DAO Report in July 2017, it became abundantly clear what assurance and disclosure would also look like. It’s a continuous real time validation by a cohort of validators.

My venture into blockchain was inspired by a devastating conflict over an accounting with a rapacious U.S. regulator. “We are the hand of God,” one staffer stated off the record. The experience and the comment gave me the conviction that the complex world of accounting, audit and financial reporting, a God should exist, but its omnipotence may be more practically expressed through the deployment of a protocol that produces proof by many, rather than the opinion of one.

When I describe current global disclosure frameworks to blockchain engineers and cryptographers, I speak a language they understand: “For almost 100 years, block times have been one year with a tiny fraction of the enterprise data being tentatively and conditionally validated by a single off chain node, which transmits the validation results back to the enterprise who includes it with its state broadcast 30-45 days later”. It’s the most ridiculous thing they’ve ever heard.

So, I ask all you voters out there who are also crypto believers: Would you trust a single off chain validator to tentatively and conditionally validate a block containing a transmission of 1 BTC from my address to your address? Bloody hell no! So why do you continue to vote for policy makers who continue to legislate in favor of it?

Trading desks around the world have been complying with FIX Protocol since 1992. It’s a machine-readable syntax that automates and governs “straight through process” trade entry, execution and reporting automation. U.S. securities firms have also been complying with OATS; a “layer 2” protocol that records order information produced at every hop on the journey that an order makes from receipt/origination to final execution. This all happens in real time.

My guess is that nothing will change unless and until GE fails. If GE fails, then its auditor will fail. If its auditor fails, then every client of that auditor will be suspect. Confidence in the global financial system will fall permanently unless the audit profession undergoes a revolution.

In my opinion, you don’t care enough. It’s not that important to you. Those who are running for public office who will oversee audit know your indifference. They will be owned by those with a very keen interest in keeping things juuuust the way they are. Jason Meyers in conversation with James Bowater. Jason is the founder of Auditchain GmbH, which is a founding member of DCARPE Alliance. He has 25 years of experience as an investment banker. You may reach him at jm@auditchain.com.

Jason Meyers in conversation with James Bowater.  Jason is the founder of Auditchain GmbH, the world’s first decentralized continuous audit and financial reporting protocol for enterprise and digital asset assurance and disclosure. Jason is also the founder of DCARPE Alliance, a, coalition of members of the accounting, audit, financial reporting and blockchain community. He has 25 years of experience as an investment banker. You may reach him at jm@auditchain.com.