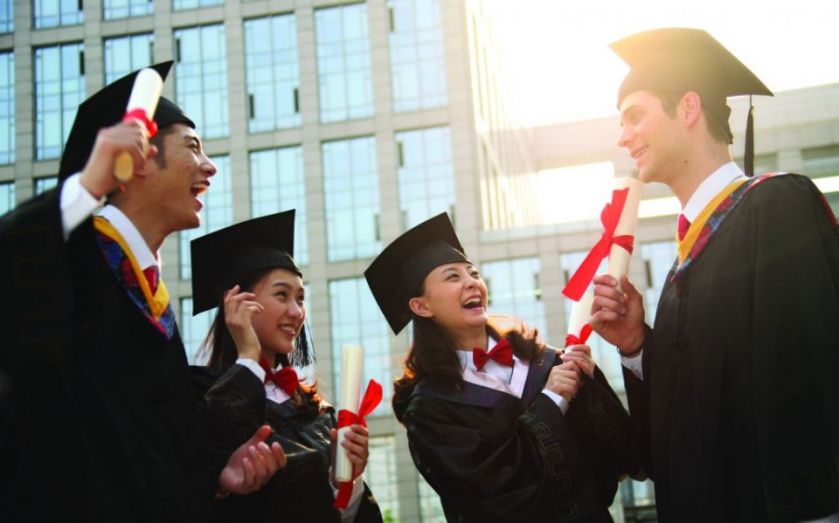 Young people disheartened by sky-high university fees should set their sights on a career in the City, with accounting, law and finance professions set to pay the highest graduate salaries in 2015.

Anyone about to embark upon their first year in investment banking could take home £45,000. Wannabe lawyers and ambitious financiers can expect to take home £40,000 and £36,500 respectively this year, according to a new study.

"At the very top of the market, four well-known investment banks are providing basic salaries of up to £50,000 this year and almost a third of graduate programmes at the leading employers now pay more than £35,000," the report said. 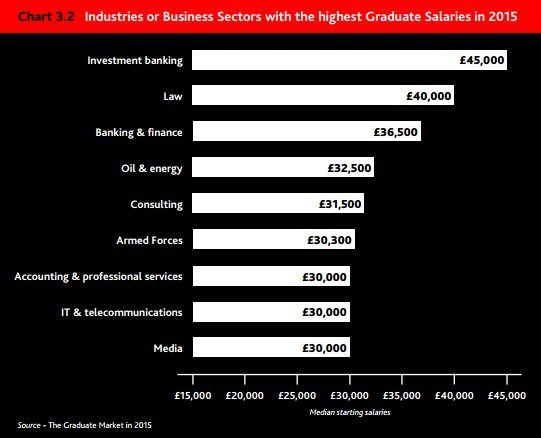 The High Fliers study, which looks at Britain's top 100 employers, also found across the board top graduates employers will offer a higher average starting salary of £30,000 in 2015. This marks the second year it has risen since stagnating for four years from 2010.

The fortunes of recent graduates taking their first steps into the jobs market are typically tied to the economy. Many graduated into bleak prospects during the aftermath of the global financial crisis with employers curtailing schemes. As the economy brightened throughout 2013, so did the graduate job market.

"More than a quarter of graduate vacancies were cut in 2008 and 2009 at the beginning of the recession and recruitment dipped again in 2012, before returning to growth in 2013," the report said.