Best of travel: The world's most exclusive nightclub is in a jungle 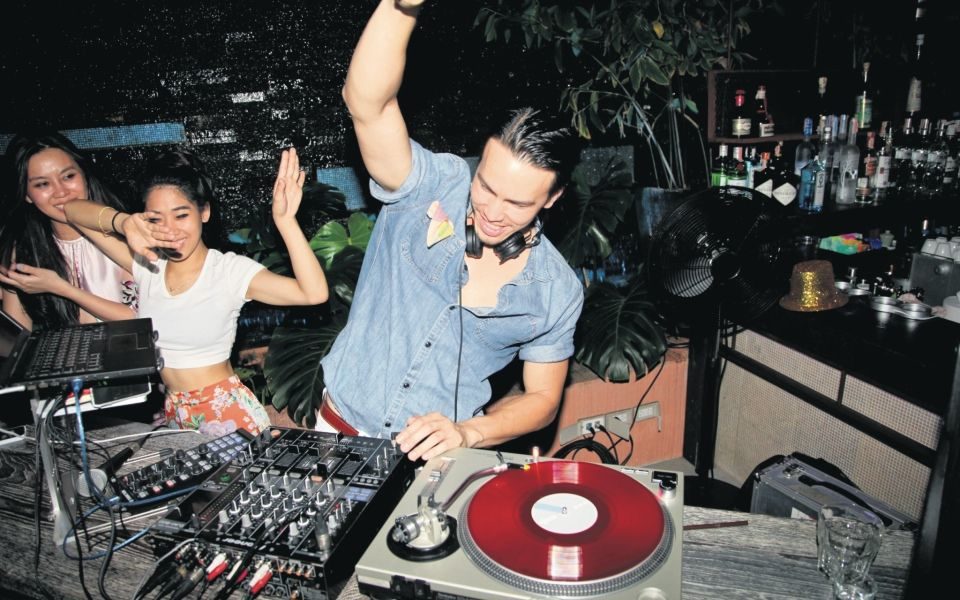 To tide us over until we’re able to travel again, we’re republishing classic travel stories from our archives. Today we revisit Siobhan Grogan’s expedition through a jungle in Thailand in search of… a nightclub?

Clinging to the Cape Panwa peninsula on the very tip of south eastern Phuket, Sri Panwa is buried deep within tropical jungle, up a steep, winding track that appears just as it seems there is nowhere else to go but off the cliff and into the sea below.

Read more: What will we wear to work after Covid? We ask the experts

Secluded, hard to find and difficult to reach by car, let alone on foot, it’s certainly not the first place you would imagine finding some of the world’s top DJs, a secret subterranean nightclub and an atmosphere to rival Ibiza. This is not exactly your average night out.

Yet the Sri Panwa resort has quietly become the go-to retreat for people who party for a living. And as a music journalist who has sampled the nightlife everywhere from Seattle to Sydney in the name of work, the promise of discovering a hidden hedonistic hot-spot was just too tempting to resist.

Scattered across 40 acres of thick rainforest, the first challenge at Sri Panwa was finding out where to start. There’s no lobby area to speak of, or an obvious hotel bar; this is the sort of place that prefers to let guests unravel its secrets slowly and make their own fun. Instead, those in the know head to the super-exclusive Baba Nest, possibly the most photogenic bar on the planet. Essentially a wooden platform floating on water, the ‘bar’ is perched on the roof of the hotel owner’s very own residence. A sure sign of a man who likes to have a good time.

This is also the spot where visiting DJs on holiday have been moved to step up and take over the decks, with the likes of Skrillex, Diplo and Avicii all performing impromptu sets in the past.

Bare except for striped cushions and 12 low tables, spots are reserved up to a month in advance for cocktails and Mexican tapas as the sun sets over the spectacular 360 degree view of the Andaman Sea and Phuket’s Big Buddha in the distance. It’s not hard to see why Snoop Dogg and Rita Ora liked it so much they even filmed a music video here.

Once the sun goes down, it was time to jump into one of the resort’s colourful tuk-tuks and move to the Pool Bar, where live DJs provide the open-air soundtrack to drinks by the candle-lit infinity pool. This is also the spot where visiting DJs on holiday have been moved to step up and take over the decks, with the likes of Skrillex, Diplo and Avicii all performing impromptu sets in the past. If enough people want to keep the party going until dawn, Sri Panwa are happy to oblige too, with their very own nightclub able to open on demand as required. Simply find the hidden staircase leading under the pool for the ultimate VIP night out, complete with obligatory disco balls, low Moroccan leather sofas, an intimate dance floor and a DJ booth where you’re likely to spot more well-known faces.

Just don’t expect to see them again during daylight hours. When the sun was still up, it felt like I had the steep jungle paths down to the small, private beach below almost entirely to myself, give or take the odd monitor lizard ambling across the road. Even with several chic restaurants and an indulgent spa to hand, it appeared as if no one else could bring themselves to leave their rooms. And there’s really no need. Looking like giant tree houses on stilts, the glamorous pool villas dotted around the resort are cut into the cliff and hidden behind huge wooden doors for total privacy.

Once inside, the entire villa looks out to the vast sea beyond, so you can take in the view from every angle in your very own large wraparound infinity pool with Jacuzzi, outdoor shower, large living room or the (second!) indoor Jacuzzi. That’s alongside a steam room, fully stocked kitchen and spacious dressing room. The relaxed, all-pervading party atmosphere carries on in the villas too, with a huge free mini bar re-stocked daily, room service options that include a private barbeque on your terrace and an iPod pre-loaded with playlists and linked to a surround sound Bose system.

These are all the work of the hotel’s in-house music director, who curates the music throughout Sri Panwa and makes it all available on his virtual SoundCloud nightclub so you can relive the long nights and lazy days when you get home.

It’s a good idea to steer clear of the extensive cocktail menu occasionally though, as there is plenty worth keeping a clear head for. I tried sunrise yoga on a floating deck and an exhilarating Thai boxing class in the resort’s own boxing ring, as well as a swim in the Olympic sized and nearly empty waterfall pool tucked away in the heart of the forest. I even (sort of) learned to cook tom yum ghoong (lemongrass and shrimp soup) and Laab Ped (spicy duck salad) in a laid-back cooking class worth it for the panoramic views alone.

If that all sounds like too much hard work – or if the lychee martinis in the nightclub prove too hard to resist – a boat trip round Phuket’s famous islands should certainly not be missed. The hotel can arrange excursions with local operators or has its own speed boat to cater for a clientele that has included everyone from Gordon Ramsay to Kofi Annan. My trip took me through echoing limestone caves and past the famous ‘James Bond Island’ where parts of ‘The Man with the Golden Gun’ were filmed.

After a quick stop for snorkelling at the Khai islands, we returned via the incredible Ko Panyi, a floating village built entirely on stilts which incorporates a school, mosque, small market and a floating football pitch originally built by local children from old wood and fishing rafts.

It’s yet another unexpected discovery on a trip full of surprises. Sri Panwa – and indeed Phuket itself – is a place where you really can believe that anything might happen. And with an entire nightclub at your disposal, it probably will…