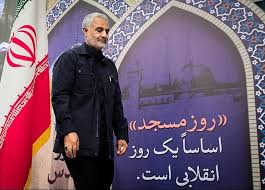 World leaders have urged calm amid simmering tensions after the US confirmed it was responsible for an air strike which killed top Iranian general Qasem Soleimani in Baghdad.

It said: “We have always recognised the aggressive threat posed by the Iranian Quds force led by Qasem Soleimani.

“Following his death, we urge all parties to de-escalate. Further conflict is in none of our interests.”

Sky News reported that UK military bases in the region had increased their security and readiness on the back of the killing, which the Ministry of Defence is yet to confirm.

US secretary of state Mike Pompeo confirmed that he had spoken to Raab and his German counterpart Heiko Maas, adding that the US was committed to de-escalation.

Ulike Demmer, German chancellor Angela Merkel’s spokesperson, joined calls for de-escalation, but told Reuters that “the American action was a reaction to a series of military provocations for which Iran is responsible.”

A spokesman for UN secretary-general Antonio Guterres said that Guterres was “deeply concerned” with the development.

He added: “This is a moment in which leaders must exercise maximum restraint. The world cannot afford another war in the Gulf.”

Russia’s foreign ministry said it views the “murder of Soleimani by a US strike as a reckless step that will lead to a rise in tension in the whole region”.

“Soleimani loyally served the cause of defending Iran’s national interests. We express sincere condolences to the Iranian people,” it added.

“China has always opposed the use of force in international relations. We urge the relevant sides, especially the United States, to remain calm and exercise restraint to avoid further escalating tensions.”

China is a major importer of Iranian oil, which has been subject to US sanctions since President Trump pulled out of the crucial nuclear agreement in 2018.

Potential Democratic presidential candidate and former vice president to Barack Obama, who was responsible for the historic deal, issued a statement criticising the act as a “hugely escalatory move.”

He said: “The administration’s statement says that its goal is to deter future attacks from Iran, but this action almost certainly will have the opposite effect.

“President Trump just tossed a stick of dynamite into a tinderbox, and he owes the American people an explanation of the strategy and plan to keep safe our troops and embassy personnel, our people and our interests, both here and abroad.”

Read more: Donald Trump: I did not offer to lift Iran sanctions

Fellow Democratic candidate Bernie Sanders echoed Biden’s criticisms, saying the move brought the US closer “to another disastrous war in the Middle East that could cost countless lives.”

The US embassy in Baghdad has told US citizens to depart Iraq “immediately” following the strikes.