Winter is coming, let the chill of change work to your advantage 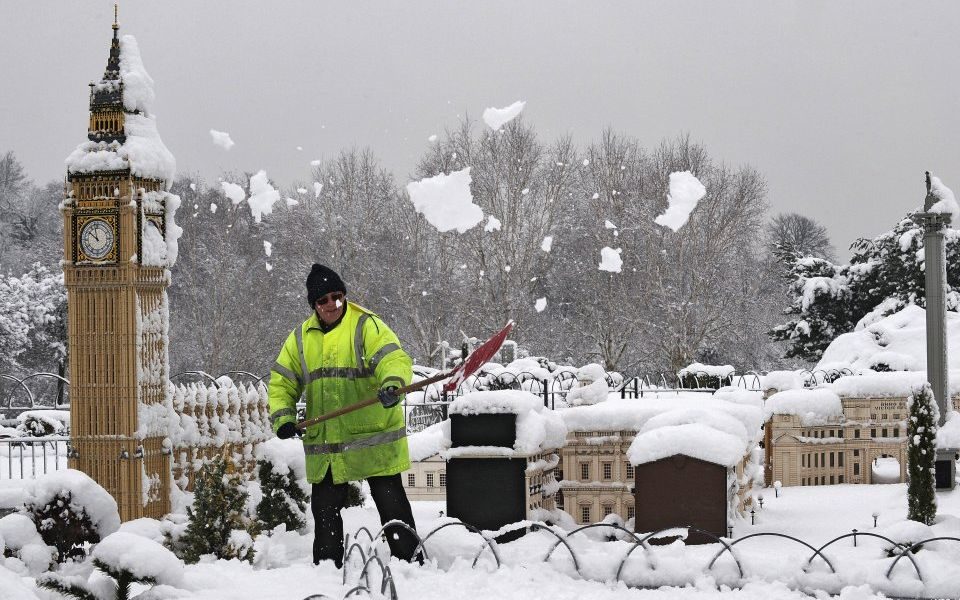 Winter is coming, to borrow the oft-quoted phrase from Game of Thrones.

We all know what it feels like: shorter days, darkness abounds, chilled to your bones. Pull up the duvet and prepare for hibernation.

But awake, Britain – throw open the doors of your toasty warm Hobbit-holes and allow the chilly gusts of reality to awaken your inquisitive souls. For change abounds, and while we cannot predict what it is, we can certainly prepare for it.

Memories of the summer are fading fast, but cast your mind back: rather than the restorative glow of a golden season, it seemed, from the headlines, one equivalent to prickly heat. Scratchy, raw, and irritable.

The culprit, as always, is Brexit, and the way it has sucked the energy and the dynamism out of all else. Despondency abounds.

Yet it is becoming increasingly clear that it may turn out to be a political sideshow when you consider the transformative technological effects to the worlds of work and home that are set to change, well, pretty much everything.

For those of us who still view our smartphones as tech, consider how your kids respond to them. It’s just the stuff they use.

Forget the fact that there is more computing power in your pocket than it took to make it to the moon, the smartphone is now just a modern-day workhorse.

As business thinker Mark Stevenson puts it, only the impossible is interesting. It is the concept of “impossible” that is driving entrepreneurs and innovators around the world to push boundaries and find ever more innovative ways to create wealth and new possibilities.

At a recent conference I chaired, the modern historian Dr Eliza Filby (and no, the City A.M. editor didn’t force me to quote his wife) put it like this. Today, luxury can be defined by something made in the west and not the east. Tomorrow, it will be something made by people rather than machines.

The game-changer is artificial intelligence, which is just surfacing as the true transformation agent of our age. And just like industrial workers of another age, watching the introduction of machines and thinking “it’ll never take off”, we blink innocently and too often dismiss its potential effects.

Silicon Valley has only invented things that your mum used to do for you is a good gag to demean the froth of apps and consumer goodies coming our way from California. It seems one minute we fear technology, the next we’re bored by it.

Where is the moment to reflect on its potential? The amazing benefits we stand to gain?

As the former White House adviser Dr Pippa Malmgren says, change is often the best thing that ever happens to us. Her advice is to read the mood, to spot signals, to be – as they say in the military – situationally aware.

People have always lived in a world where change and disruption occur, but not one where it is happening so persistently and quickly. Depending on your view, the march of technology is either exhausting or exhilarating.

We should worry deeply if it is the former, as the future of nations will be forged by our attitude to change. And we need our energy right now – not just for Brexit, but for a world of bigger possibilities that require radical responses.

Take the climate. The ominous predictions of a world where crops start to fail, where the curse of plastic destroys our wildlife, and the temperature of our oceans relentlessly rises.

We either cast ourselves as victims of change or as architects of our own futures. So if we want to survive, we need to think like entrepreneurs. Entrepreneurs have always been our change-makers, and their finest hours have often been in turning intractable problems into game-changing solutions – and being phenomenally successful along the way.

The trick is to see advantage in a different way. As they say, the Stone Age did not end because the world ran out of stone.

And so we come back to the present, and the despondency that plagues us.

The problem with our Brexit blues is that they point us to seek answers from familiar, comforting sources: to look to the state for salvation, or to treat the European Union like some sort of political penicillin – we have no idea what it does but we assume that it is going to make us better.

It won’t, because it can’t. By adopting the winter blues of the political players, business pulls up a metaphorical duvet of despair, believing that change can be avoided, that we can cosy up to our past, and that disruption is our enemy. All of which is a false prophet.

Yes, winter is indeed coming. So enjoy the chill of change, and use it to your advantage.