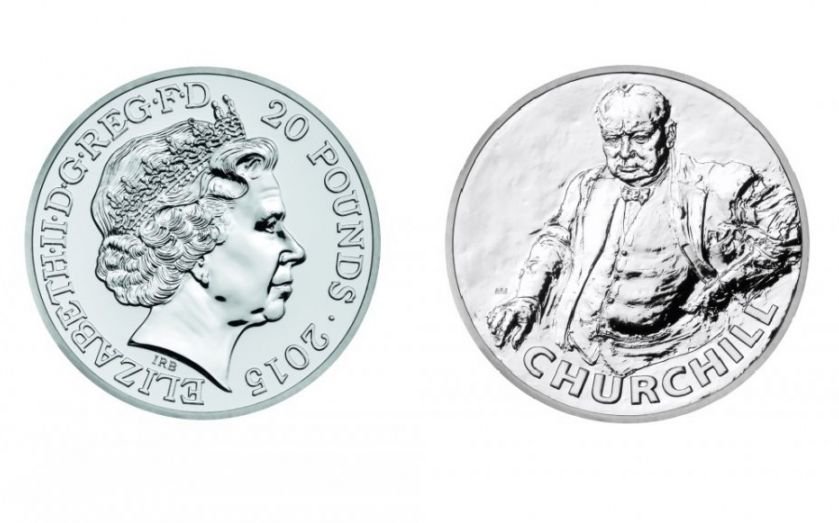 Britain's greatest wartime leader is being honoured with a shiny new £20 coin.

Winston Churchill, who led Britain the through the Second World War and won the 1955 General Election, will have his face displayed on the limited edition coin 50 years after his death.

The great grandson of the man who has been voted the "Greatest Briton", Randolph Churchill, took a trip to the Royal Mint to see the solid silver coin bearing the image of his illustrious ancestor.

The design of the coin comes courtesy of sculptor Etienne Millner, whose inspiration came in turn from Yousuf Karsh’s black and white 1941 photograph of Churchill.

The £20 coin is third of its kind in the Royal Mint's range.

This year marks 50 years since the death of my great grandfather and 75 years since his 'finest hour' on becoming wartime Prime Minister. It is fantastic to see so many and such varied activities taking place to celebrate everything that he achieved during his long life.

Churchill's impact on British life is hard to overstate. He was a leading figure in the First Wolrd War as First Lord of the Admiralty and warned against the dangers of appeasing Hitler's Germany. He succeeded Neville Chamberlain in 1940 and led Britain to victory in 1945.

He was subsequently defeated by Clement Attlee in the 1945 general election. After being ousted from office, Churchill didn't let up commenting on the great issues of the day. In March 1946, he gave a speech at Westminster College in Fulton, Missouri, warning of threat posed by the Soviet Union:

From Stettin in the Baltic to Trieste in the Adriatic, an Iron Curtain has descended across the continent. Behind that line, lie all the capitals of the ancient states of Central and Eastern Europe. Warsaw, Berlin, Prague, Vienna, Budapest, Belgrade, Bucharest and Sofia, all these famous cities and the populations around them lie in what I must call the Soviet sphere.

He remained active in UK politics and won the 1951 general election before retiring in 1955. Churchill died on 6 April 1965.