Why edgy art, craft gin and spa treatments are all part of the modern hairdressing experience 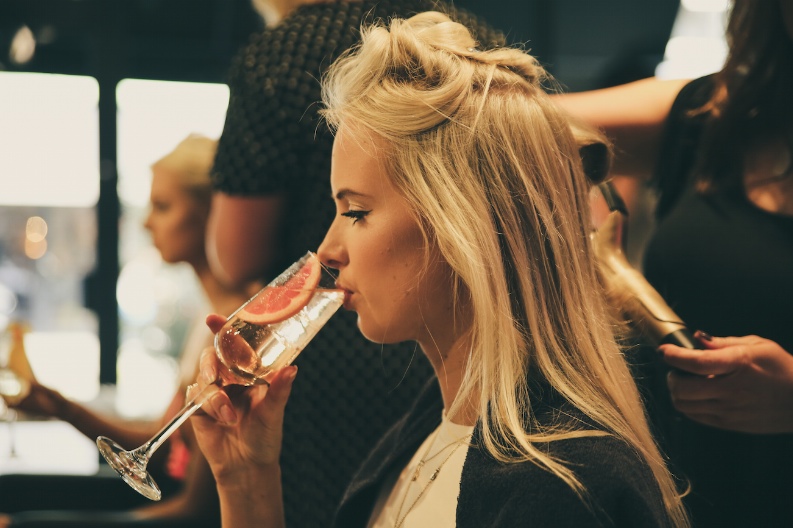 The digital age has come for many traditional industries over the past few years, from taxi driving to hotels. But one trade that won’t be disappearing with the tap of an app is hairdressing. Anyone who has seen that video of the Boston Dynamics robot falling over while stacking boxes will know that androids aren’t about to master scissors anytime soon.

But that doesn’t mean that everything is business as usual at your local salon. Aside from setting up a website for online bookings and worrying about their reviews on TripAdvisor – common anxieties for any small business these days – they’re still having to find new ways to build, and more importantly keep, a loyal clientele.

Part of that is down to how the salon itself looks. Looking for an ambitious example in a smart neighbourhood, I alighted upon Hair@261. In this upmarket salon on New King’s Road in Parsons Green every space has a function and no wall is left undecorated.

There’s plenty to look at while you sit in its minimalist-style waiting area. Pop art and classic film posters jazz up the walls; the bathroom is surprisingly grand in its period-style splendour, with antique-style mirrors and picture frame wallpaper; and there’s even a small garden out the back with quaint white furniture to sit on while your dye sinks in.

“I wanted the interiors to be super-modern, fresh and eye-catching. All the art is from Andrew Martin who become one of my favourite designers a few years ago,” says India Stephenson, the manager at Hair@261, which has been trading for just under a year. “I have lots of his pieces at home and I really wanted to share that with our clients.”

India designed the entire salon herself, having only taken on one project previously, a small French church in Brighton. “Of course it was daunting and a huge project, but it’s always worth it when you see your ideas take shape.”

Walking into a new hairdressers can feel like a risky business. This may be why alcohol has played a larger role in new salons in recent years, with trendy east London barbers offering craft beers from local breweries, and the emergence of ‘hairclubbing’ brands like Blade Soho, which hosts live jazz nights.

Thankfully, this wasn’t something I had to endure at Hair@261. I was simply handed a homemade cocktail made with its 261 Pink Gin, a signature spirit created especially for the salon using botanicals from Kew Gardens down the road. A seasonal gin menu is available for all its customers and, in some cases, it’s sorely needed.

“What I have really learnt is, although lots of people love having their hair done, there are even more people who don’t,” says India. “I want to ensure that those people don’t feel intimidated or uncomfortable.”

The salon is unisex, which means adding masculine touches to make sure that men feel comfortable, too. There’s a second, more secluded work station away from the windows facing the main road where men can colour their grays in privacy, as the practice still carries a certain stigma, “although that taboo is going,” says Mark, the senior stylist chosen to tackle my wonky, self-cut fringe.

The men are often more bother than the women, he adds, particularly when it comes to clay and gels, which is why it’s wise for a modern salon to invest in decent branded products. Hair@261 stylists use American brand Sebastian and Wella.

On the lower ground floor, a pamper room is under construction where the main attractions are the tan leather recliners with dark wood arms and footbaths attached. Manicures and pedicures are also increasingly popular with both sexes and make for the perfect finishing touch.

Stylist Mark, who has been in the business for four decades, says he’s seen many flourishes added to salons over the years, but ultimately, nothing compensates for good customer service. “I think competition has risen so much over the last 10-15 years now, you just have to be the best,” says India. “Clients expect more than just fabulous hair, they really do expect the whole package.”